Rallying around one of our own 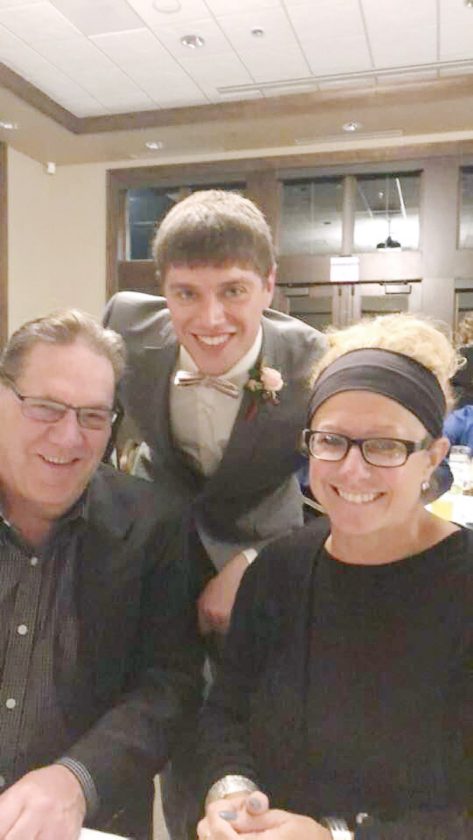 That’s all Steve Springer can do these days in the shadow of a life-altering diagnosis.

Nearly two months ago, the 59-year-old Fort Dodge resident was told he has stage four esophageal cancer. The disease has metastasized to his stomach, liver, adrenal glands, blood and bones.

The prognosis was obviously traumatic to the Springer family: Steve; his wife, Juli; and their sons, fellow Fort Dodgers Sean, Shea and Sawyer. It’s the kind of devastating news that permanently changes the perspective and priorities of everyone involved.

So there are no guarantees anymore when it comes to time. Yet, Steve has never been big on treating time as his own.

Anyone in our community knows Steve and Juli are ubiquitous in their efforts to promote Fort Dodge. Steve works at AvailaBank, owns and operates the increasingly-popular Snack Shack, has served on the Fort Dodge Community School District Board of Education for the last seven years, has been a long-time member of the Fort Dodge Athletic Booster Club, was a founding father of the Fort Dodge Baseball Association and its “Bat Cave” project, handled concessions and other activities at state cross country and many other athletic events, and has been actively involved in Shellabration, Sertoma Sundowners, Noon Lions and Girl Scouts of Lakota Council, just to name a few.

Steve is at ballgames, fundraisers, dinners, plays, charity functions — you name it and he’s probably been there, lending a helping hand. The same can be said for Juli, who has been volunteering tirelessly while also staying active in coaching cheer, serving on the Fort Dodge Community Schools Foundation board, and booster clubs at both Cooper Elementary and FDSH.

The Springers have lived the Fort Dodge way through commitment, selflessness and sacrifice. They’ve done so much behind the scenes, while asking for very little in return.

Steve won’t necessarily be happy with me for writing this. Not only does he shy away from attention, but he has zero interest in being pitied. In a recent message exchange, Steve almost immediately shifted the focus away from his own misfortune, saying, “I hurt physically, but others have pain in their own lives at whatever level.”

It’s hard when a person so used to giving is suddenly on the receiving end. Steve is going to have to get used to it, though. We want to rally around him, with a word of encouragement, a prayer, a helping hand or a simple kind gesture. Anything to let Steve know he is far from alone in his battle. Because on the tough days physically and mentally, when the intense chemotherapy treatments wear on him and the drive back and forth from Fort Dodge to Mary Greeley Hospital in Ames feels like too much, the support from the community he’s devoted his life to will be what inspires him.

There is no silver lining to an advanced cancer diagnosis. It’s cruel and unfair. Steve doesn’t deserve any of this, and his family doesn’t, either.

The hope now, in the days and weeks to come, is that Steve sees just how much Fort Dodge has appreciated his hard work and loyalty through the years. We are who we are because of people like Steve and families like the Springers. And we should let Steve, Juli and the boys know in as many ways as we can.

Steve – a 1979 St. Edmond graduate – said to me the other day, “I pray for the good. I need to open my eyes and heart more. I live in a community that pours out love and support to me daily … I’m a little blip in the big pond.”

He may feel like a “little blip” when he’s in the trenches, but all of those little blips make a big ripple in that pond we call home.

So Steve Springer controls what he can now. Tries to keep a positive mental attitude. Enjoys the moments as they come.

Out of respect for what Steve has meant to Fort Dodge, the least we can do is keeping loving and fighting for him in return.