Despite missing all of senior tennis season, 2020 FDSH Valedictorian appreciates the good 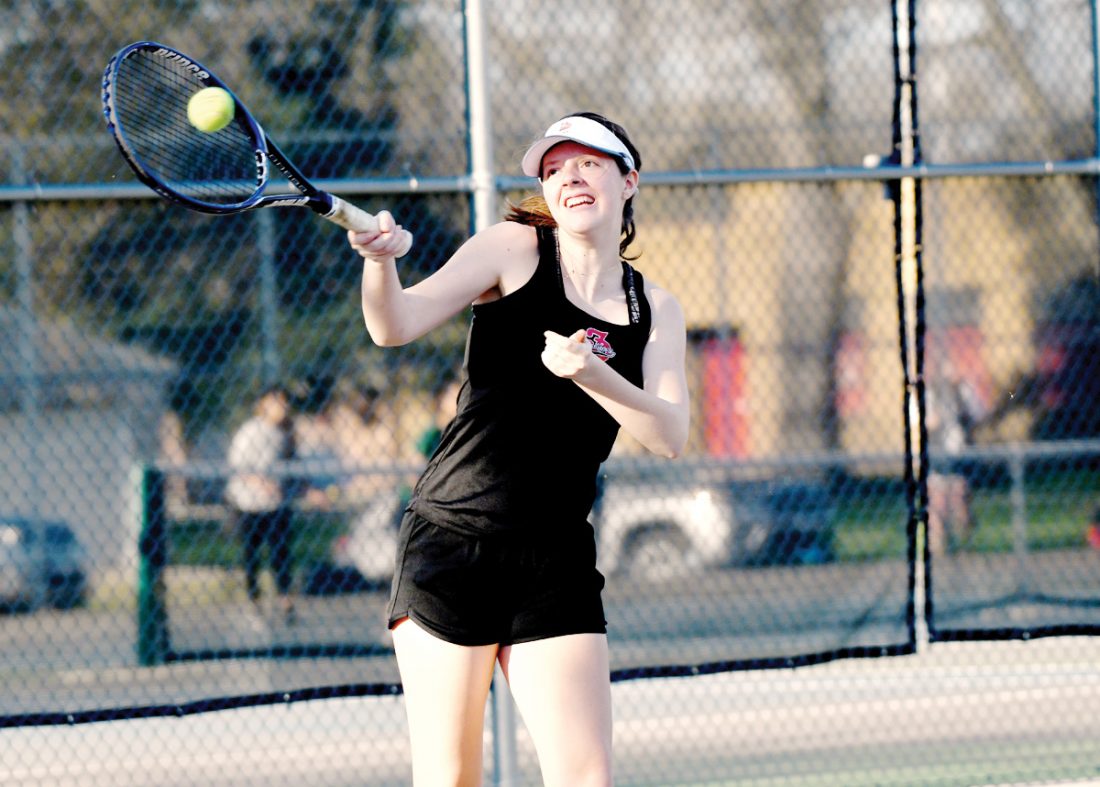 It’s still hard for Kathryn Cochrane to fully process the loss of her senior season with the Fort Dodge girls tennis program.

“Sometimes I look at the calendar and see a meet we were supposed to have, and it takes a second before I remember that it’s over,” Cochrane admitted. “It still feels pretty surreal.”

Instead of being in the stretch run of her final year as a Dodger — where she would have been the team’s No. 1 player for the second consecutive season — Cochrane is at home like every other student-athlete. The COVID-19 global pandemic forced the cancellation of the entire 2020 spring sports campaign, along with virtually every other senior activity that would’ve kept Cochrane’s plate full: the musical, prom, finals, graduation open houses and a plethora of other events.

“It’s been different to say the least,” Cochrane said. “But I’ve tried to appreciate it and look for the positives. I’ve been spending the kind of time with family that I normally wouldn’t have before I go to college. We’ve just been trying to make the most of it.”

One final year of competitive tennis isn’t all Cochrane is missing. With a 4.0 grade point average, she has also been on track to be a Valedictorian for FDSH’s Class of 2020.

Cochrane was relieved to find out that the district rescheduled the commencement ceremony, which has been tentatively set for July 26.

“I think it’s great that (the FDCSD) is still planning on having it,” Cochrane said. “Graduation is such a milestone for all of us. I know a lot of work went into trying to find (a later date) so that we would still have the opportunity to celebrate. The circumstances (of a forced postponement) were just beyond anyone’s control.”

In addition to being a four-year letterwinner in tennis, Cochrane was also a co-captain on the Dodger volleyball squad while playing for her mother — head coach and former Fort Dodge all-state standout Toni (Zehr) Cochrane — this past fall. She led Fort Dodge in assists, and garnered honorable mention all-CIML Iowa Conference honors.

“As much as I’ve loved playing sports, academics are the top priority,” said Cochrane, who has also been involved in student council, National Honor Society, Silver Cord, Link Crew and was named Homecoming queen while at FDSH. “That’s how you get to where you want to be (professionally) in life. My dad (Stu) has always emphasized that no matter how important (athletics) seem to be, it should never (take precedence) over school.”

Cochrane will attend the University of Iowa in the fall, but laughed and admitted she is “breaking the chain” in her family by going into medicine. Her father; brother, Nick; and sister, Hilary are all lawyers, and her other sister, Jaci, is headed for law school after playing tennis collegiately at Rutgers University.

“It’s really a proud part of my family (studying law),” Cochrane said. “But this is something I’ve always wanted to do, ever since I took biology. It just clicked with me.

“I’d really love to work with kids someday, and maybe be a part of the Doctors Without Borders program.”

Cochrane added that despite the unusual end to her time as a Dodger, “there’s nothing like being from Fort Dodge. This is such a supportive town, and you really find out at an early age what it’s like to be a part of a true community.

“Everyone is very encouraging and supportive, and we all have each other’s backs.”

People I would like to have dinner with: Serena Williams and Michelle Obama.

It would surprise people that I: am ambidextrous.

I can’t go a day without: being outside.

Superstition: before I serve, I always bounce the ball twice.

What are you listening to right now? country music.