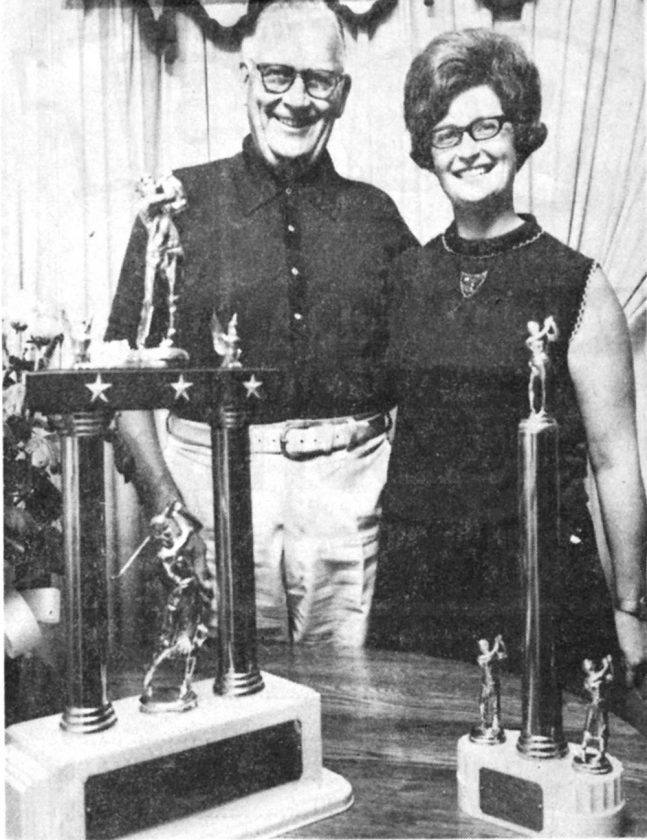 Submitted photo Sondra Price after graduating from the University of Iowa.

A scrapbook — and then some — could be filled with the accomplishments of Fort Dodge’s female athletes over the last 50 years.

From head coach Jackie Wilde’s Dodger volleyball dynasty to the modern-day achievements of the FDSH softball, bowling and competitive cheer programs at the state level, the team and individual success over the last five decades has been nothing short of spectacular.

It’s easy to forget, though, that before the 1970-71 school year — which featured the Dodgers’ first official volleyball and softball squads — there were no organized sports for female high school students from Fort Dodge.

That’s why the stories of athletes like Sondra (Anderson) Price are important to both tell and preserve.

It was a struggle for Price and her classmates to be taken seriously on the field, the course or in the gym during their teenage years. Fort Dodge did not offer anything beyond intramural sports for girls, who would organize teams by homeroom and compete against each other either during physical education class or after school. 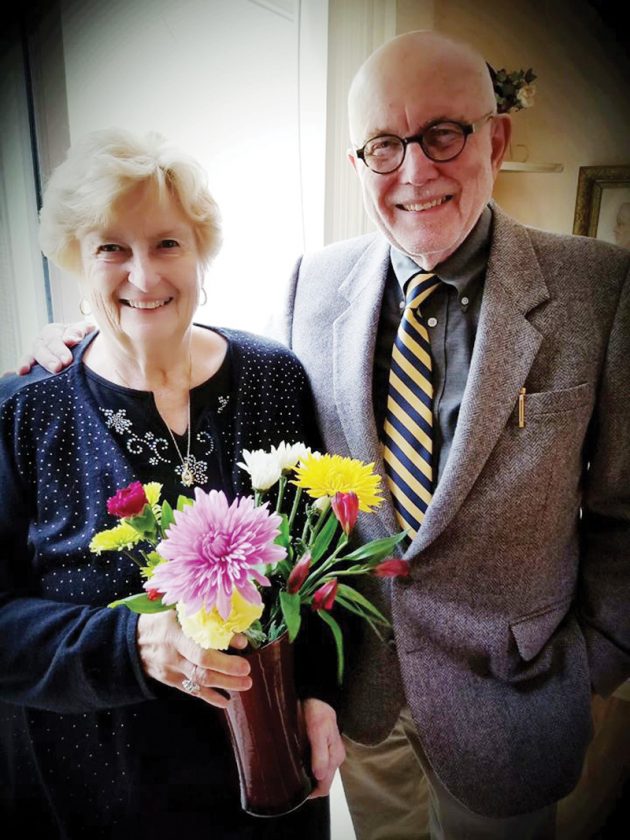 “That’s just the way it was at the time,” said Price, a 1958 FDSH graduate. “We made the most of it. We played pretty much every sport we could — basketball, volleyball, softball, all the way through badminton — but nothing was ‘official’ or sanctioned. It was just an accepted standard, and although a lot of the smaller schools around Fort Dodge had teams (girls basketball dates back to the 1920s in Iowa, with softball officially being offered in 1955, golf and tennis in 1956, and track and field in 1962), we just hadn’t reached that point yet here.

“It was frustrating for us, of course, but we made the most of it. We really had to work hard to get the opportunities for the girls that the boys had.”

The attitude toward female athletics began to change during Price’s time as a Dodger. In 1956, Sandy Brown — the daughter of Fort Dodge’s first Schultz Award winner, David Brown — won the school’s first female scholar-athlete award. Two years later, as a senior, Price was recognized herself.

“I loved every sport,” said Price, who is now 79. “We had wonderful girls in my class and a terrific homeroom. The BPW Award (female honor) kind of became the equivalent of the Schultz Award. Florence Nordman was instrumental in getting that started (the top senior female athlete award at FDSH has carried Nordman’s name since 1973).

“Golf was my favorite, though.” 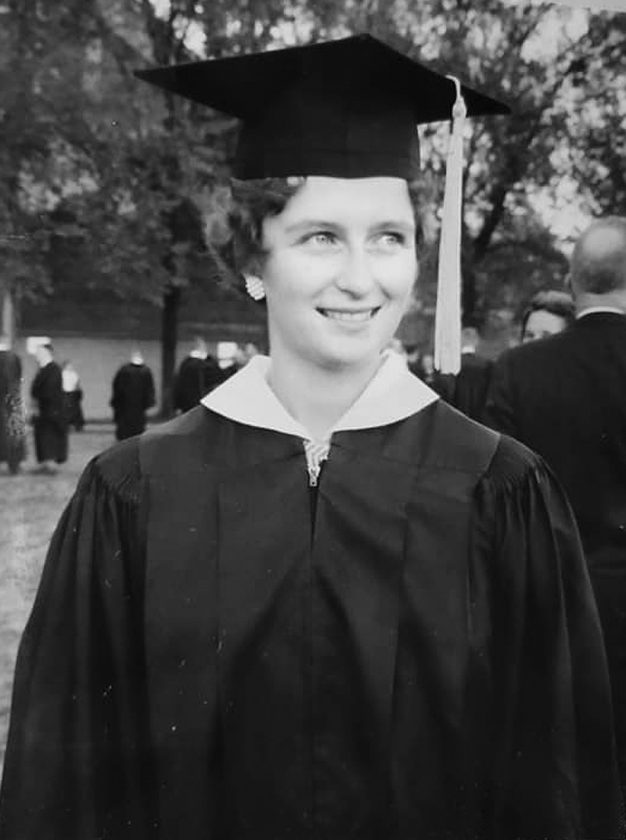 Submitted photo Sondra Price after graduating from the University of Iowa.

And golf is where Price truly excelled — thanks in large part to her supportive parents, Harold and Kathryn Anderson.

“I started playing when I was 11,” Price said. “My dad was really my mentor and coach. He was an outstanding athlete himself — a state champion in golf, bowling and baseball. He first taught me the rules and etiquette of the game, and my love for it grew from there.

“My mom and dad both told me there wasn’t anything in life you couldn’t do, as long as you put your mind to it. That may sound simple and standard now, but given the times, it wasn’t necessarily normal to have even your parents tell a girl something like that. Mine really saw it as a type of discrimination to not let young women compete as athletes (in high school).”

In 1957, Kathryn Anderson pushed for her daughter and Sondra’s classmates to find more opportunities through the Iowa Girls High School Athletic Union.

“She went to (C.T.) Feelhaver (the superintendent), (school board member) Dr. (Otto) Glesne and some of the others, and really pushed for Fort Dodge to join (the IGHSAU),” Price said. “Fortunately, that happened because of her persistence and the school’s board’s cooperation.”

As a result, Price was able to participate with one other teammate in the district golf tournament that year. Price won the individual title, but didn’t compete at state because the Dodger team only had two team members at the time.

“Up until that point, we had just played and practiced golf with the boys team after school,” Price said. “In order for us to even be able to play in the district meet, we at least needed a faculty sponsor. We had no coach, so we begged Georgia Waldburger — our geometry teacher who knew nothing about golf — to go with us, and she did.

“The trophy (from districts) is still in the case (at FDSH). It’s only about 10 inches tall.”

“Girls didn’t try for student body president,” Price said. “My senior year I decided to run. I was up against four boys, and only lost to one, so I got to be vice president. Again, that just wasn’t something girls had done in the past. But I was always encouraged to pursue a challenge like that by my parents, and I’m happy they pushed me.”

After attending the University of Iowa, where she earned an undergraduate degree in nursing and completed graduate work in social work and family therapy, Price moved back to Fort Dodge with her husband, R. Thomas Price — a long-time local lawyer who retired in 2019. Sondra was a floor nurse at Trinity Regional Hospital who taught nursing at Iowa Central Community College, worked as a consultant for the AEA, and was a hospice counselor.

The Prices have now been married for 59 years.

“We were in Des Moines for a year when Tom was with the Attorney General’s office, and then we came back to Fort Dodge,” said Price, who was twice honored by the Governor’s office as an Iowa nurse of the year. “And I continued to compete in golf as much as possible.”

Price was a formidable player on the links, where she captured 11 Fort Dodge Country Club championships. She also teamed with her father to win two father-daughter state titles.

In 1966, Price played in an exhibition match with Hall of Fame golfer Patty Berg at the FDCC. The legendary Berg, a founding member of the LPGA who still has more career major championships than any other player, was in town for a golf clinic.

“It was Patty Berg; Bill Hird, the Country Club Pro; Todd Tischer, the men’s FDCC club champion, and myself,” Price said. “We played two holes together after the clinic. I was so nervous — I was just glad to (make contact) on every shot. My (golf) clubs were Patty Berg clubs. And there she was, standing right next to me.”

“We built on our teams to leave a legacy for those young women who followed us,” Price said. “It definitely needed to be done. The time was right.

“It’s good to re-visit what was done in the past, which led to the present. Many young women never take the opportunity to read about what other women have endured or had to go through the years. And I don’t ever want them to take it all for granted.”