Ruffridge, Huss among those honored 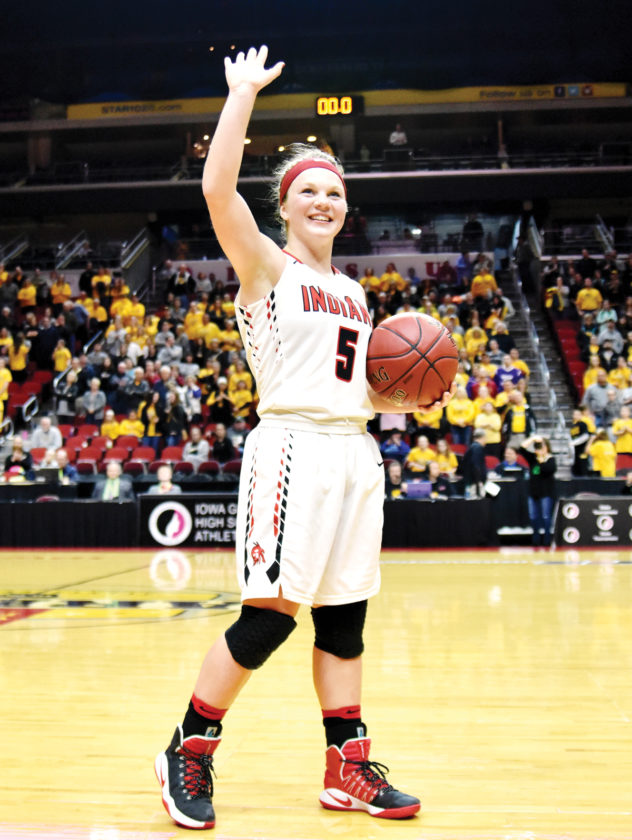 Messenger photo by Britt Kudla Elle Ruffridge of Pocahontas Area waves to the crowd after breaking the all-time assist record during Class 3A quarterfinal action in Des Moines.

Iowa’s all-time leading scorer for girls basketball, a budding career hampered by injuries, a local star taken too soon and a handful of state championships.

That sums up the past decade of basketball in the area, as we have been blessed with some incredibly talented individuals and gold-medal-level teams.

Elle Ruffridge led Pocahontas Area to back-to-back state titles and cemented her legacy as one of the all-time greats in the process.

Manson Northwest Webster’s Ellie Herzberg was well on her way to doing the same when injuries took her senior year away. Herzberg recovered and excelled at the collegiate level.

Alli Huss was the type of player you could build your program around, and that’s exactly was St. Edmond did. 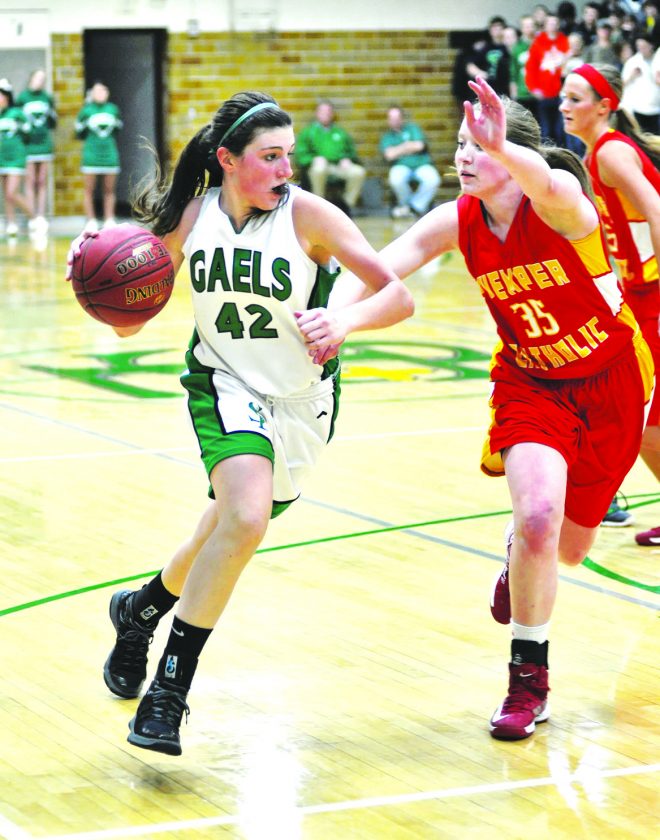 Those seven comprise the first-ever Messenger all-decade first-team, with seven others forming the second-team.

Selected players are listed in order of their graduating class. 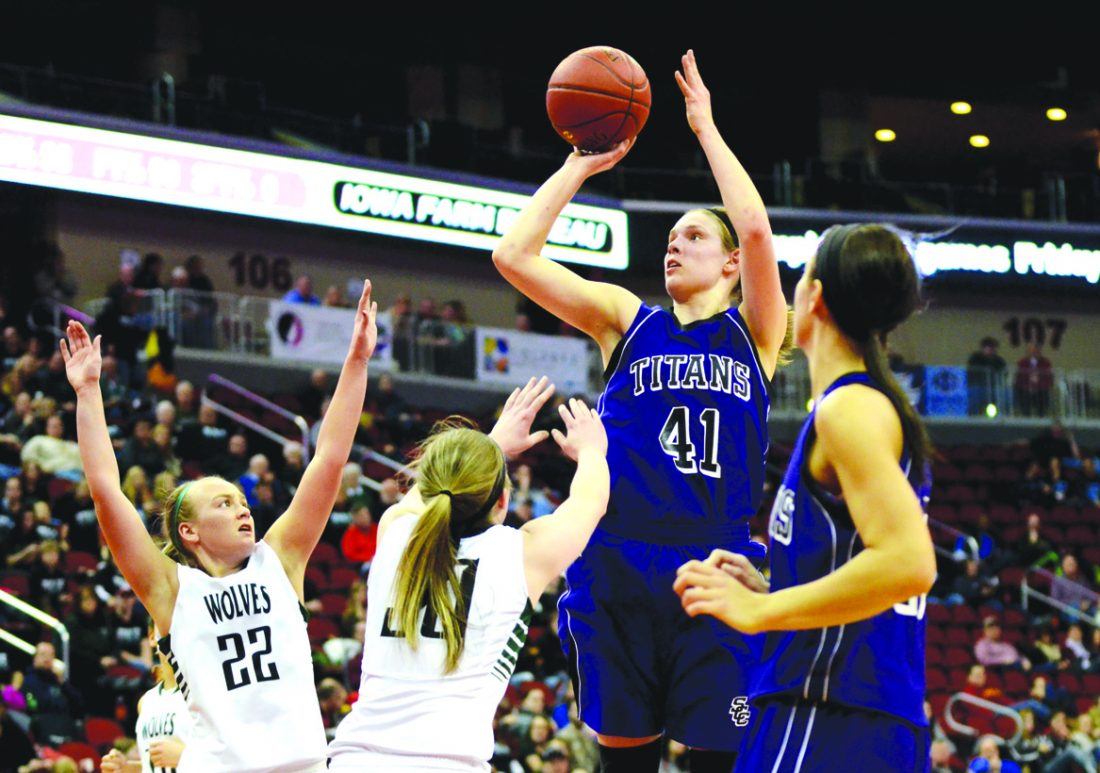 An injury deprived fans and Ellie Herzberg of what was shaping up to be a storybook senior year. Herzberg was averaging 25.6 points and five rebounds a night through eight games when she was hurt in 2014.

Herzberg, who would go on to play for the University of Northern Iowa, also had 50 steals and 44 assists at that time. 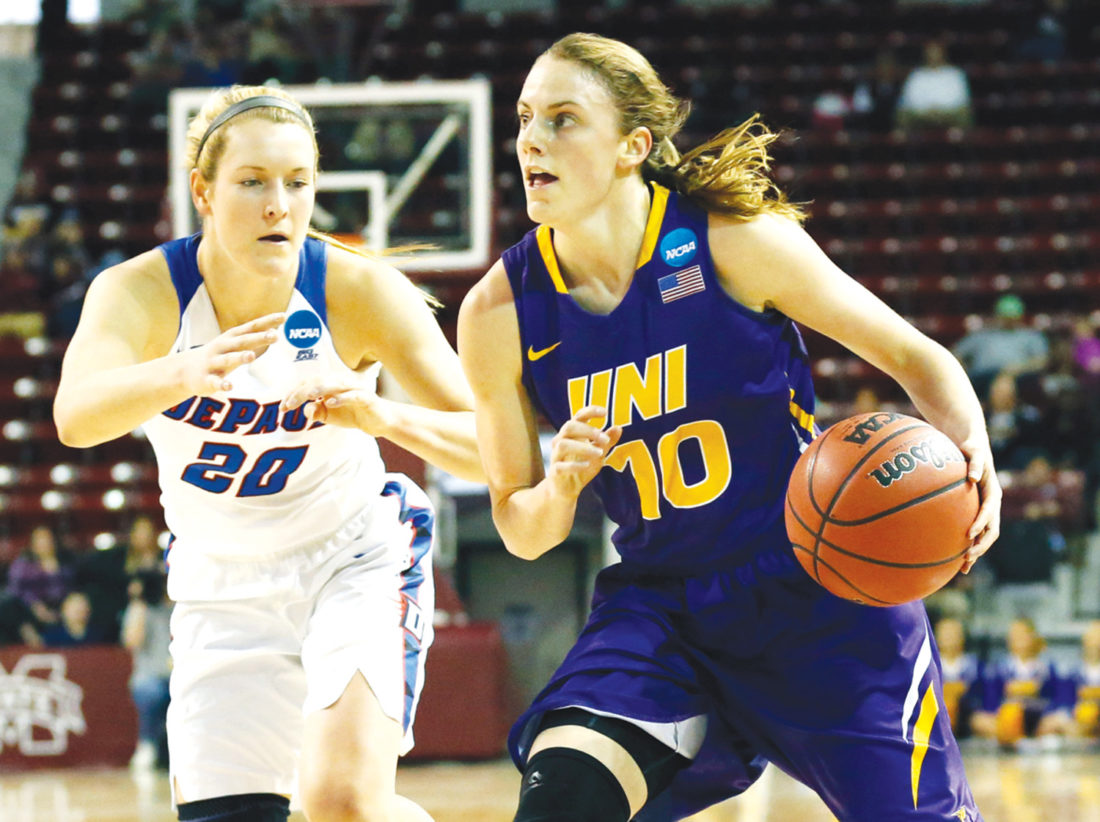 During her time as a Gael, no single player competed with more heart and determination than Alli Huss.

As a senior, Huss averaged a double-double, scoring 19 points with 10 rebounds a night for St. Edmond. She also had 60 assists, 58 blocks and 46 steals that year as the Gaels.

St. Edmond won a share of the North Central Conference that year, winning 21 games before falling in a thriller in the postseason.

A run to the state finals for Newell-Fonda in 2014 was spearheaded by Renee Maneman, as she averaged 15 points a five rebounds per game. 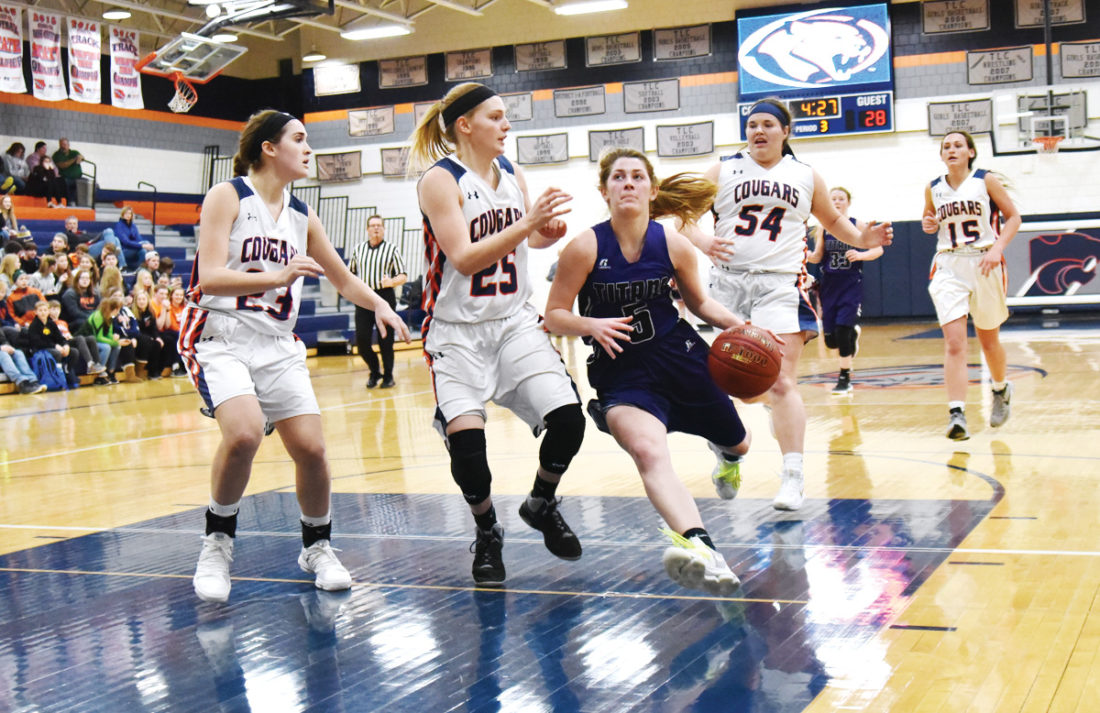 Even more impressive was her 145 assists and 115 steals, which included nearly a 3-to-1 assists to turnover ratio.

Another player from the ultra-talented Twin Lakes Conference during the past decade was South Central Calhoun’s Haley Birks.

The Titans won 23 games and reached the state semifinals that year before falling to eventual champion North Linn. 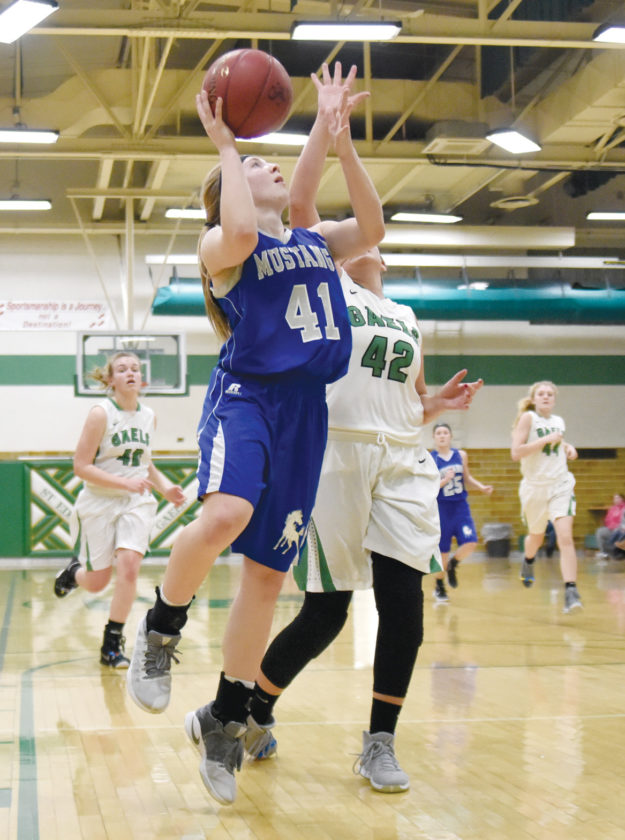 -Messenger photo by Britt Kudla Olivia Larsen of Newell-Fonda puts up a shot against St. Edmond on Monday

The queen of the Twin Lakes Conference in 2017 was Elle Ruffridge, as she led Pocahontas Area to a second consecutive state championship.

The current Missouri State University player averaged 30 points a night in setting the state scoring record. She made 157 three-pointers, dished out 203 assists and had 130 steals.

Ruffridge led the state in scoring, made 3-pointers, assists and was 10th in steals.

Part of the current success for Newell-Fonda started during Olivia Larsen’s time in a Mustang uniform.

Competing right there night in and night out with Newell-Fonda for Twin Lakes Conference bragging rights was Maddie Jones and South Central Calhoun.

Part of an incredible run through the North Central Conference for St. Edmond, Anna Yung finished off her career by averaging 17.5 points and seven rebounds per game. She also had 63 assists and 60 steals.

Completing the Gael backcourt duo with Anna Yung was Jaci Stumpf, who set a junior record with 200 assists.

Bishop Garrigan’s Johanna Vaske did a little bit of everything as a senior in 2016, averaging 19 points per game with 222 rebounds, 70 steals, 43 blocks and 42 steals.

Throughout her career at Fort Dodge, Shareece Smith flashed the versatility that made her a college standout, averaging 16 points with 110 rebounds, 64 steals and 42 assists as a senior.

The Webster City girls basketball history books are filled with Taylor McKinney’s name, as she went out this past year by averaging 18 points a night with 67 rebounds, 31 steals and 30 assists.

Along with helping North Union reach state during her career, Chloe Lofstrom finished things off by posting 20 points per game with 259 rebounds, 30 assists, 15 steals and 15 blocks this past year as a senior. 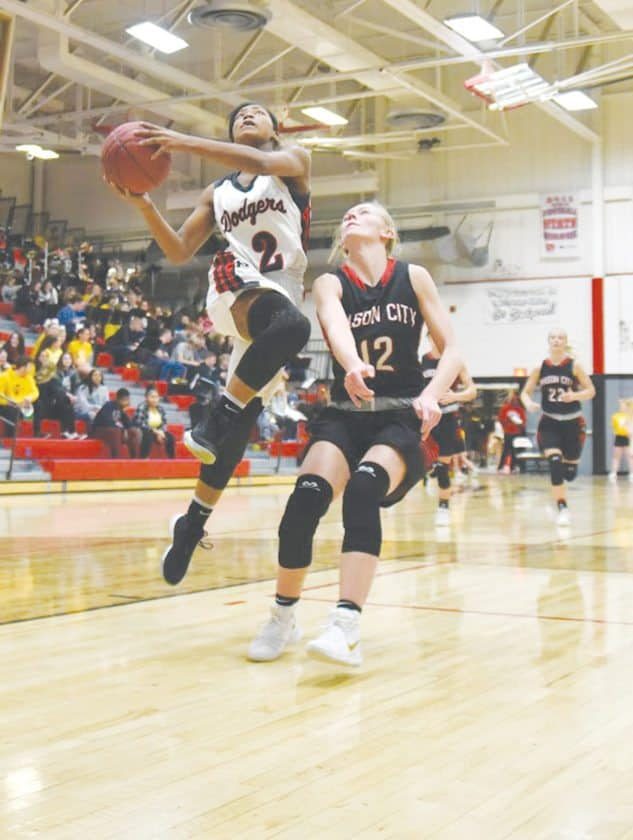 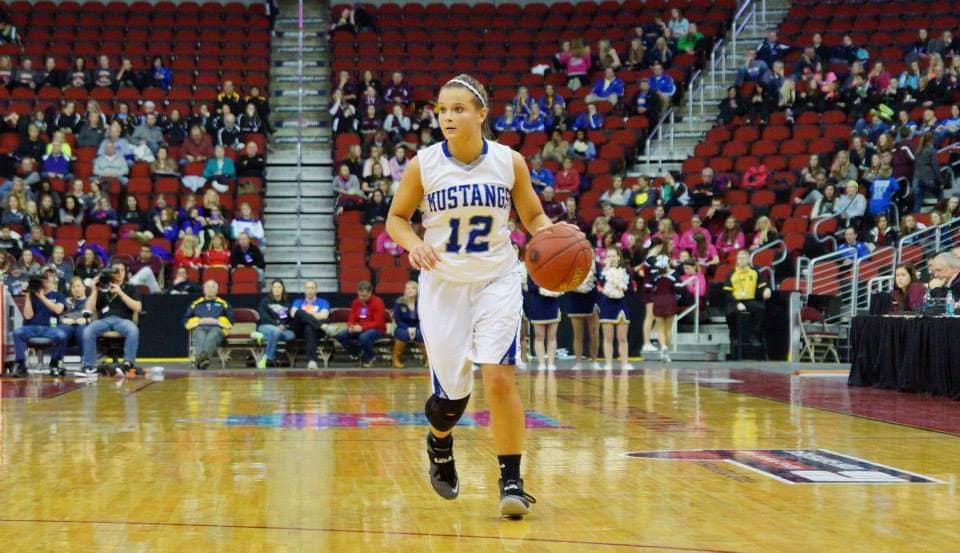 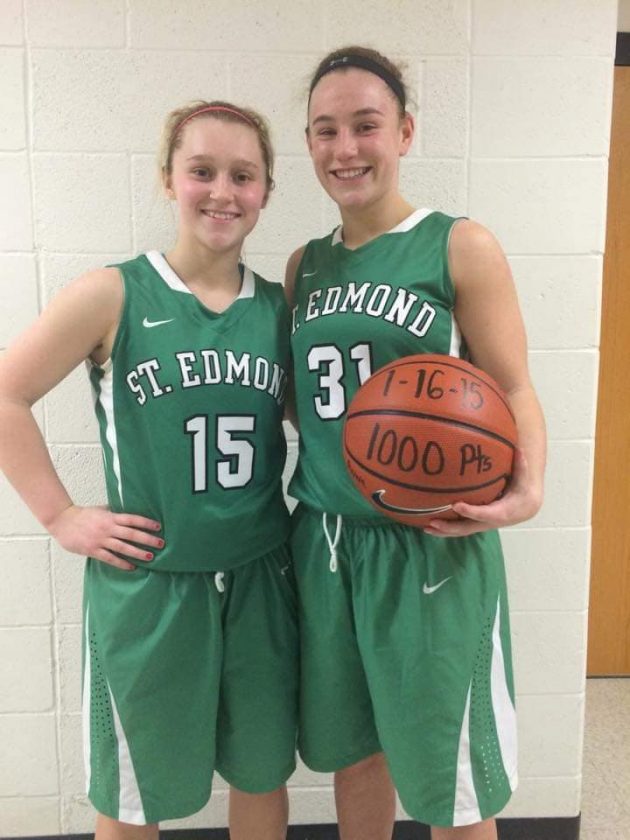