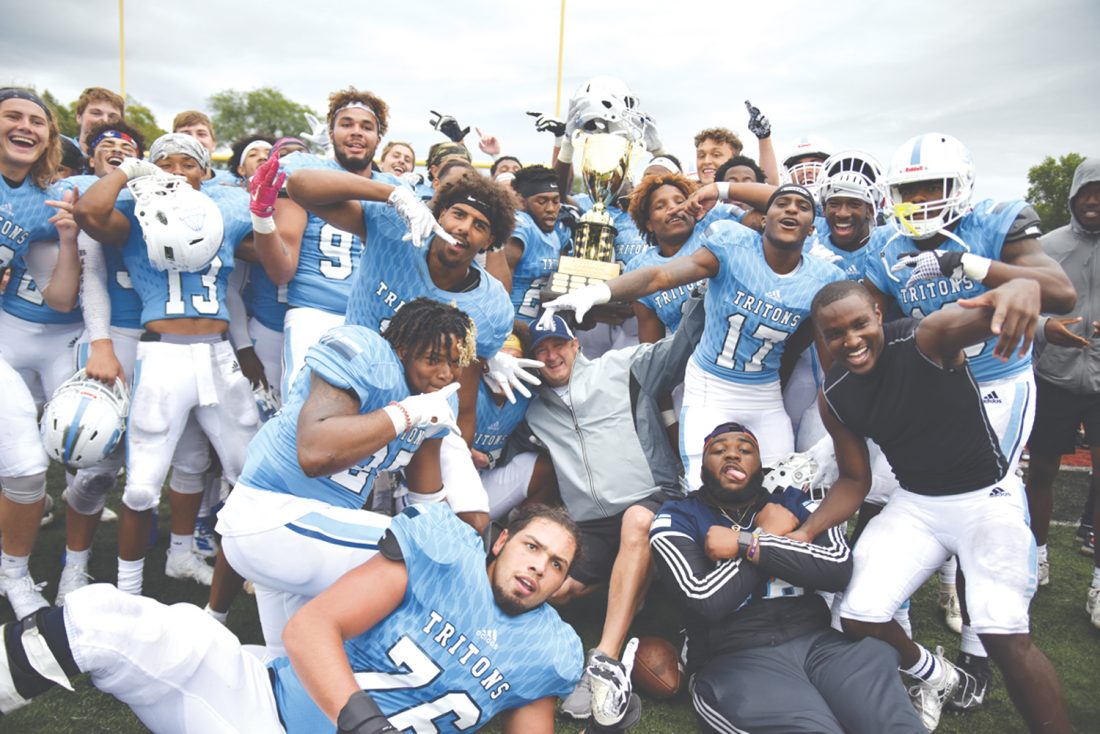 Kinney was given the award alongside Volunteer State athletic director Bobby Hudson. The honor goes to individuals that have demonstrated the ideals of voluntarism, achievement, service, leadership and excellence as exemplified by its namesake.

The award has been handed out since 2006. Only active Region Directors, Assistant Region Directors, Coaches Association Presidents, Presidential Representatives and Officers are eligible for consideration with a minimum of two years of national service to the NJCAA.

Killian served as the ninth NJCAA President from 1967-69 and was then hired by its board of directors as the first NJCAA Executive Director in 1969. Killian led the organization to many triumphs, including the establishment of the Association’s women’s division — which was revolutionary when it was enacted in 1975. During his tenure the NJCAA flourished from a basketball-centered organization to the second-largest intercollegiate athletic association in the country. After 35 years of leadership and service, Killian retired from the NJCAA in 2004.

“What a great surprise and honor to have been selected as a NJCAA George Killian Award recipient alongside Bobby Hudson,” Kinney said. “Without the incredible mentors, coaches and student athletes, this wouldn’t have been possible.

“Looking forward to continuing to advocate for student athletes.”

Kinney is the first Iowa Central person to earn the honor and the second in the ICCAC. Thom McDonald was honored in 2014-15 for his service as Region 11 Men’s Director.

President of Iowa Central since 2009, Kinney was appointed chair of the NJCAA Presidential Advisory Council representing the Central District earlier this year. Under his guidance, the school has won numerous national titles and multiple Daktronics Cups and Learfield Cup titles.

“Dr. Dan Kinney is one of those presidents who combines a deep understanding of the value of intercollegiate athletics with a commitment to the integrity of our academic programs,” Union County College President Dr. Margaret McMenamin said. “He is the type of leader whose councils other presidents seek, and I am proud to call him my friend and colleague. The NJCAA is fortunate to have him as a part of our leadership team.”

An advocate for the Tritons and his students, Kinney serves as the Chairman of Iowa Association of Community College Presidents, Board member of St. Edmond’s Catholic Schools, Board member of the Iowa BioTech Association, and Rural Iowa Development Council member. Kinney actively seeks to intertwine athletic and academic involvement seamlessly.