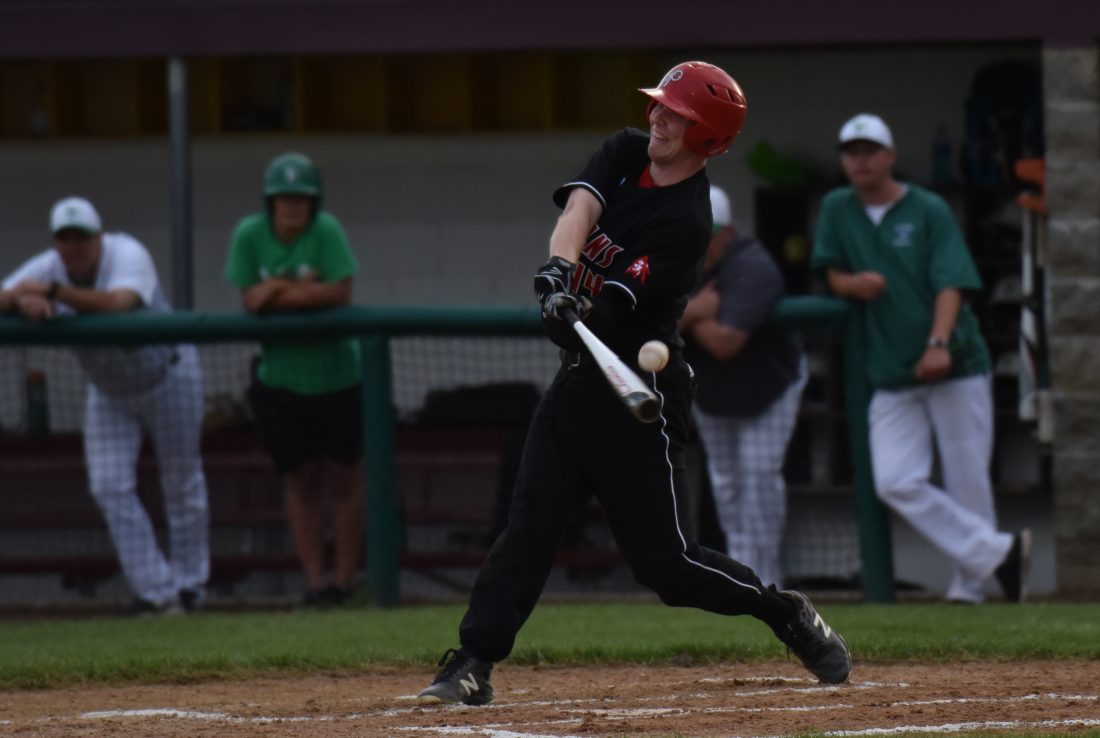 The love of baseball was too much for Jace Davidson to ignore.

Davidson, a former all-stater on the diamond and basketball court, transferred to Iowa Central and joined Eric Stein’s program in December. He had started out the academic year with Morningside College and the basketball team.

“It was a couple weeks before winter break,” Davidson said. “There were some situations that happened to me while at Morningside that I couldn’t get over. After that, I just wasn’t myself anymore and ultimately, I knew that place was not for me.”

That desire to return to baseball was further fueled by a return home.

“I started to realize that I missed the game when I came back for fall break,” Davidson said. “I went out to the field with my brother (current Pocahontas Area junior Christian) to give him some batting practice. After we were done, I just looked around the field and had a feeling in my gut that just didn’t feel right.

“I began to pray more and more about it and I believe God put me back where I belong, which is on the diamond.”

After making contact with Stein and Iowa Central assistant coach David Flattery, it was an easy move to Iowa Central.

“I was welcomed in with open arms,” Davidson said. “The transition with the team was great. They’re all a bunch of great dudes. Sophomores Nolan Johnson and Walter Long pretty much took me under their wing and helped me feel comfortable in trying to be the most successful pitcher I could be for the season.”

Like his teammates and countless others, the year was cut short by the NJCAA in an effort to protect players from spreading COVID-19. Davidson made three appearances, earning a win and a save with five strikeouts and just one hit allowed in six innings.

“The outings I had this spring I thought went pretty well,” he said. “Obviously I thought I was knocking off some rust since I haven’t been on the mound competing against live batters since August, and I always hold high expectations for myself. Even if I thought there were things I could’ve done better, Coach Flattery always tells me if you put up a zero on that scoreboard you did your job and I feel like I did a great job with that. Overall, being back on the mound again just feels right, feels like I am back home where I belong.

“I feel very prepared and more confident coming into next season. Coach Flattery created a plan for me for this offseason which I’m really excited for. I’m really gonna get my body where it needs to be to reach my goals and aspirations. I’m really excited to start this grind and to get myself better for the future.”