A WORK IN PROGRESS 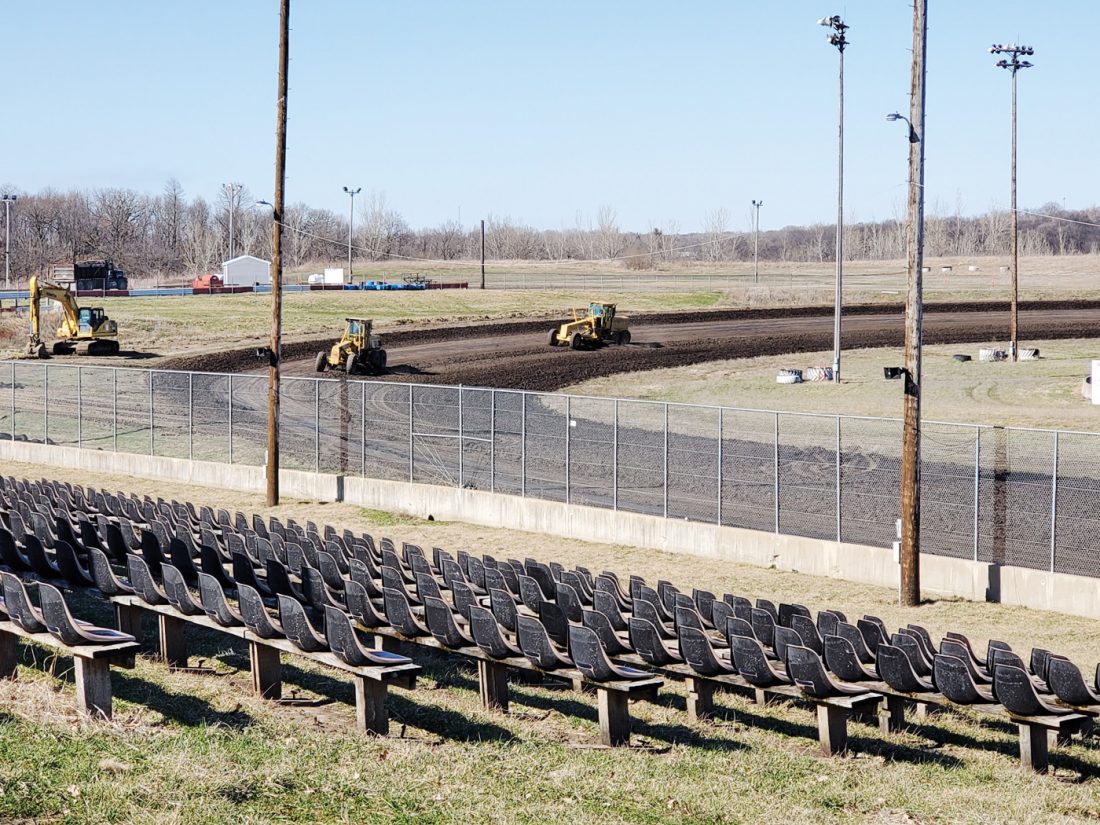 Submitted photos Work continues at sports park racewaY in preparation for the upcoming USRA season. The dirt track is located at 2298 South River Road in Fort Dodge. This is its 17th season.

The honeymoon ended for Andy Jones just a few minutes after he took over as the new promoter at Sports Park Raceway in Fort Dodge.

This project wasn’t going to be about lip service or empty promises. It was time to get to work.

Jones and his crew rolled up their sleeves and began to address the immediate needs of the track located on the outskirts of town. Due to the global COVID-19 pandemic, opening day for action is a bit of an unknown at the moment. Staff is still preparing with the original May 1 season opener in mind, though.

“Our biggest project right now is reshaping the track,” said Jones, who lives in Webster City. “It’s been talked about around here for years. But we’re going to walk the walk and get it done.

“We got started last week and we’re putting in a ton of time. We’ll get there, but it’s going to take a lot of sweat equity. I’ve always liked this track, and we want to take it to the next level. Eventually, this will benefit everyone involved.” 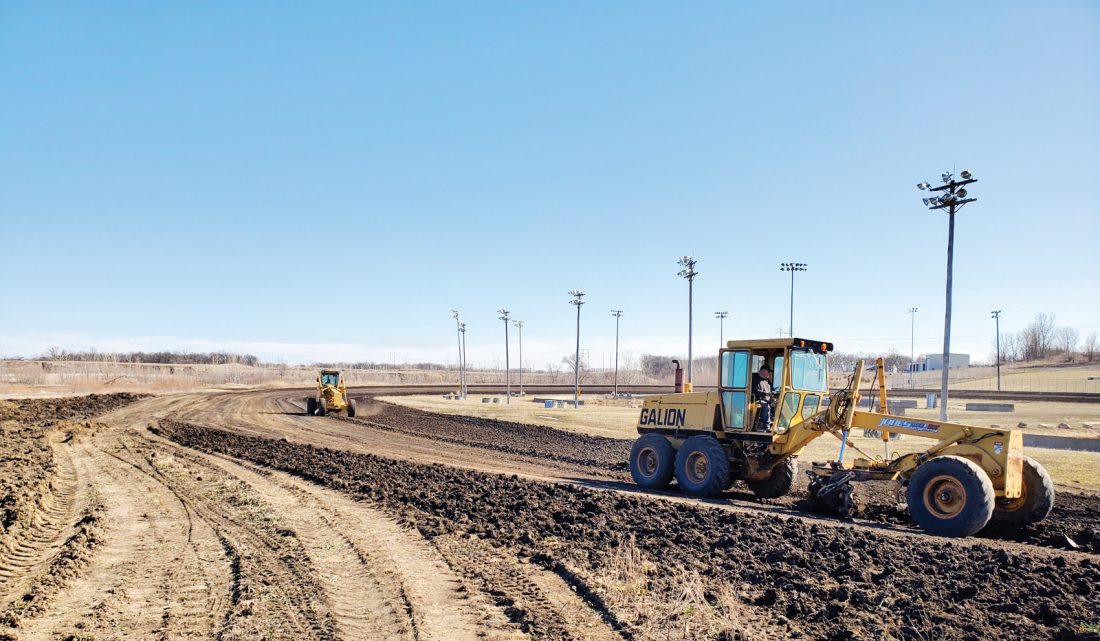 Jones’ group bladed the black dirt first last week, then flagged the track. Over 15,000 tons of clay is being dispersed to reshape the oval and get it back to its original 2004 dimensions. A new layer of black dirt — estimated at 4,000 tons — will be the final step.

Jones estimates the project would “probably be in the $60-75,000 range” if it had been contracted out. He added, “I’d say we’re burning close to 300 gallons of fuel per day right now.”

“Tristan Novak of Manson (ITS Land Improvement) has donated a bunch of time and manpower,” Jones said. “MER Engineering (of Fort Dodge) has been a big help. We have a D6T dozer from Ziegler CAT (of Fort Dodge). Murphy Tractor (and Equipment Co. of Fort Dodge) is donating a dozer with a smart-grade GPS on it once we’re done with the clay.

“I’ve said from day one: this has to be a (collective) community effort. And we really appreciate (the assistance) so far. We have to be willing to invest now to make it work for everyone down the road, and get both the track and the product to reach its full potential. It’s going to take a village.”

Jones is in a tenuous position when it comes to promotion for the upcoming year. 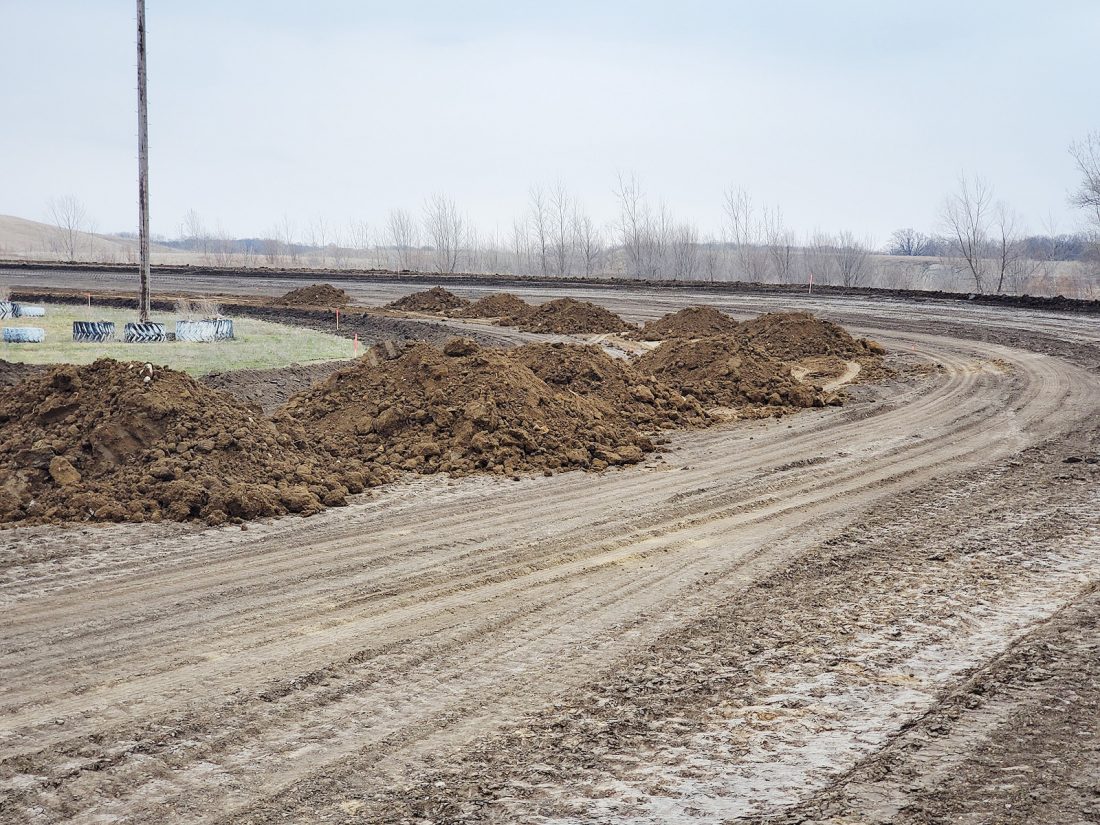 “With the coronavirus (outbreak) and everything that’s happened over the past few weeks, it’s put all of us in a tough spot,” Jones said. “Our sponsorship program is obviously an important part of who we are and how we function (moving forward), but we’ve had to delay it for the time being.

“Eventually, once we get back to business, we’re hoping the community will rally around (the 2020 campaign) out here. It will be an exciting product, and we’re going to take a big step toward that with both the (quality of the racing surface) and everything else we’ll have to offer.”

In addition to upgrading the track itself and the water supply, Jones lists a new technology-friendly MyLaps transponder system, restroom and concession renovations, reconfigured VIP booths for sponsors and local businesses, and an update to both the pit and grandstand area as improvements on the immediate horizon.

Jones and his wife, Amanda, own and operate Jones Rock and Dirt in Webster City. Their agreement with Sports Park Raceway runs through 2024. 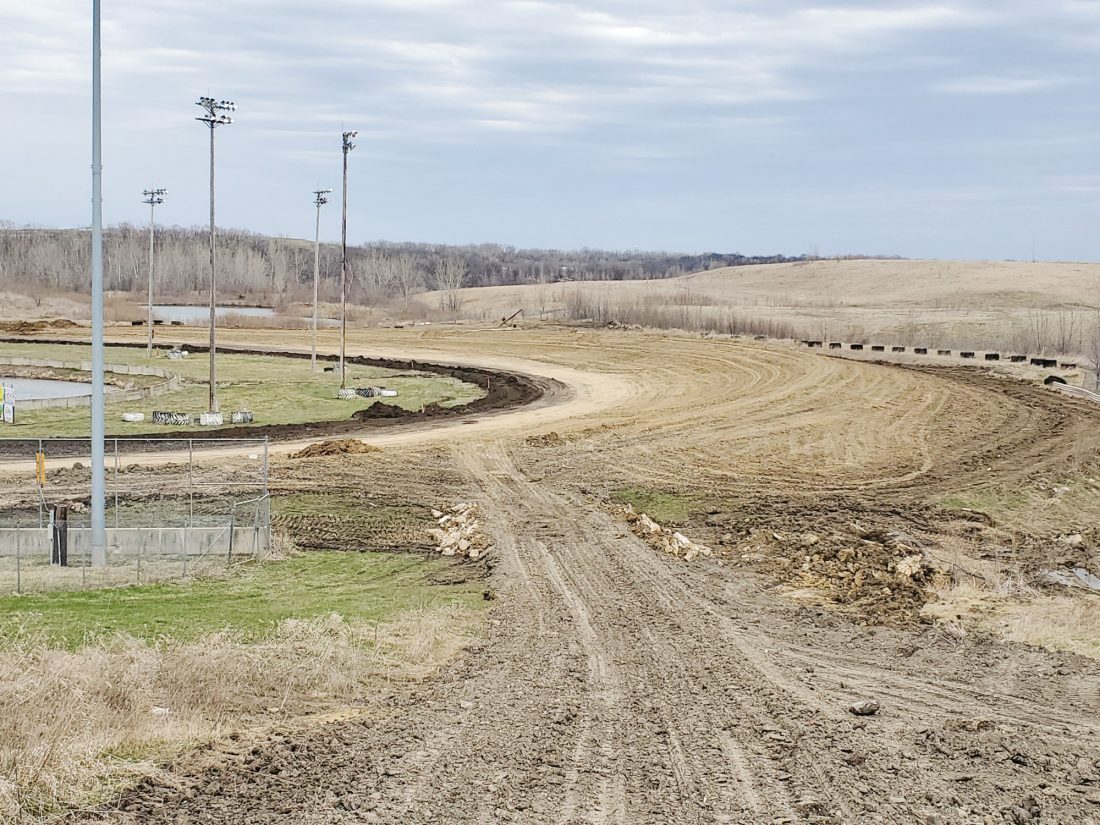 The season championships are slated for Aug. 28.