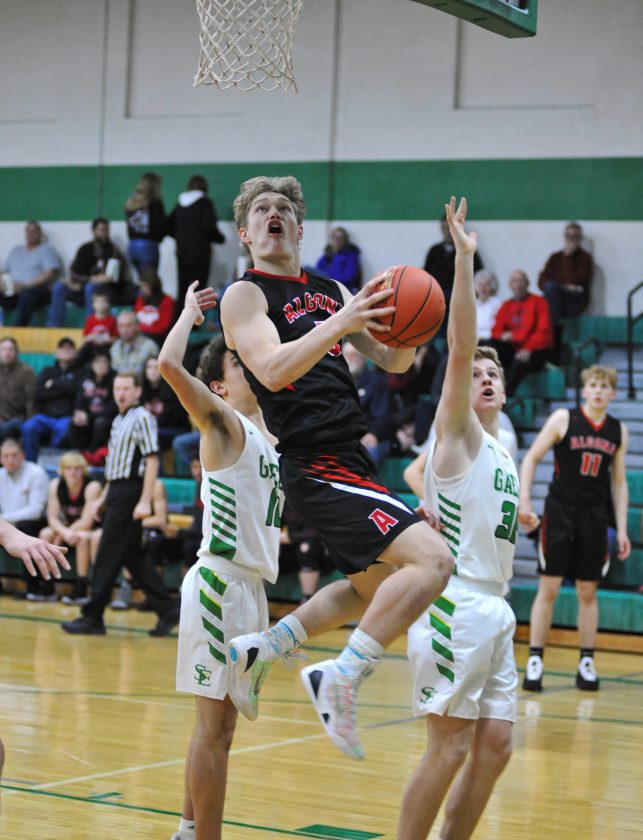 ALGONA — Wyatt Wegener showed this winter that he is far from just a football player.

Wegener, an all-stater on the gridiron who will continue his career in the fall at the University of Iowa, was one of three players selected unanimous first team all-North Central Conference, the league announced recently.

The Lions won the NCC this year, advancing to a Class 3A substate final. They went 13-1 on the league to finish a game ahead of Algona with Iowa Falls-Alden, Humboldt and Webster City rounding out the Top-5.

Wegener was second in the conference in scoring at 18 points per game, shooting 53 percent from the field and 46 percent from the 3-point line. He also grabbed six rebounds and led the Bulldogs in assists and steals.

“This means a lot to me, but my goal throughout my career has never been individual awards,” Wegener said. “It was a great season for the Bulldogs and I’m proud of the way we played.”

Bleich was second on the team in scoring in the NCC, averaging 15 points with a team-high 24 made 3-pointers. The senior grabbed 44 rebounds with 20 assists and nine steals.

Earning second team honors were Humboldt’s Jamison Heinz and Sam Fischer, along with Algona’s Jason Cecil and Webster City’s Tyler Olson. Heinz and Cecil are both seniors, while Fischer and Olson juniors.