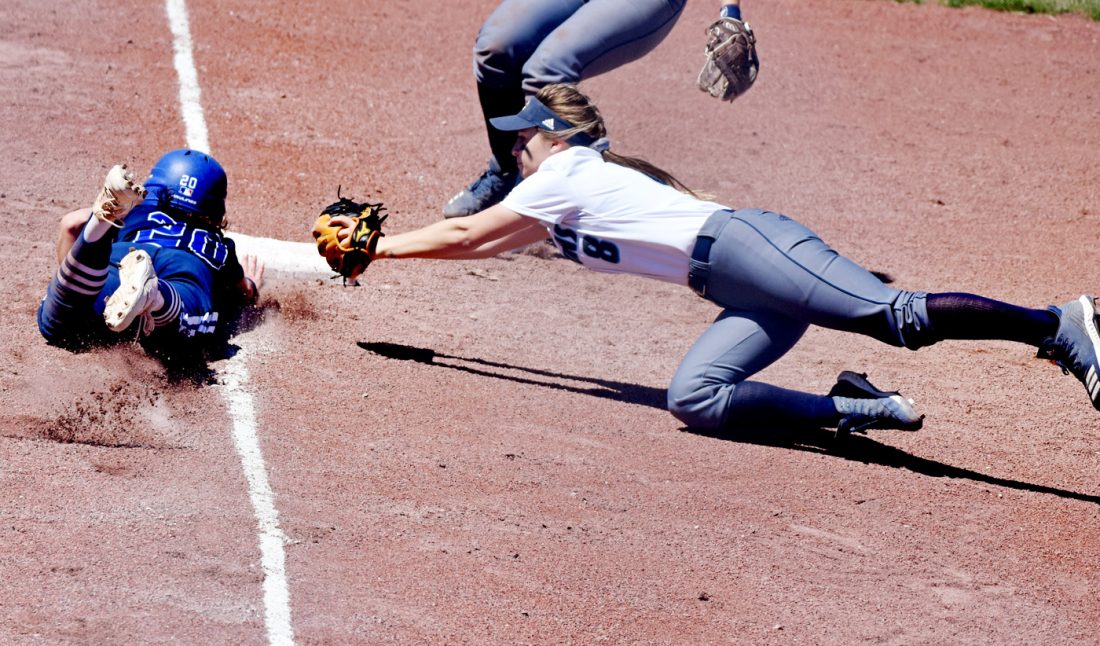 The Iowa Central softball team did what they could to put themselves in line for a trip to the national tournament, but a pandemic turned all of the dreams and hopes into what could have been.

The 18th-ranked Tritons (15-4) had won 13 of their last 14 games and were ready for their annual spring break trip to Cocoa Beach, Fla. when they heard the news.

“I feel for everybody, but we weren’t in charge,” ICCC head coach Rick Sandquist said. “There is a greater power in control.

“In a blink of an eye, the season was over.”

After the NJCAA cancelled all junior college spring sports because of the novel coronavirus, the Tritons were left with only memories. Iowa Central was leading the nation with 50 home runs, powered by first baseman Mackenzie Rosenboom’s 10.

“We had a great mixture this year,” Sandquist said. “We had power, speed and a good defense. It was a complete package.”

Fort Dodge Senior High graduates Maggie Harvey and Bre Tjebben were also at the top of the list. Harvey, a catcher, had nine home runs. Tjebben, who played both first and second base, had seven of her own.

“Maggie came in after leaving Minnesota State and was a terrific addition for us,” Sandquist said. “She was one of our leading hitters, and nobody could run on her behind the plate.”

“Bre and Sophie up the middle formed a great combination,” Sandquist said. “Sophie, who was an FCA All-American, has a steady glove and was a great leader for us. Bre has just been a consummate teammate.”

Harvey led the Tritons with a .449 average and Mathews was at .429. Mathews had driven in a team-high 28 runs.

“Parker is one of the best third baseman in the nation,” Sandquist said. “She is just so good defensively and is tough at the plate.”

Rosenboom and Cave had 23 RBI each.

“We had a great team and talked about what we could have done,” Sandquist said. “We had a team lined up to make some noise at nationals, but it wasn’t meant to be. It was just out of our hands.”