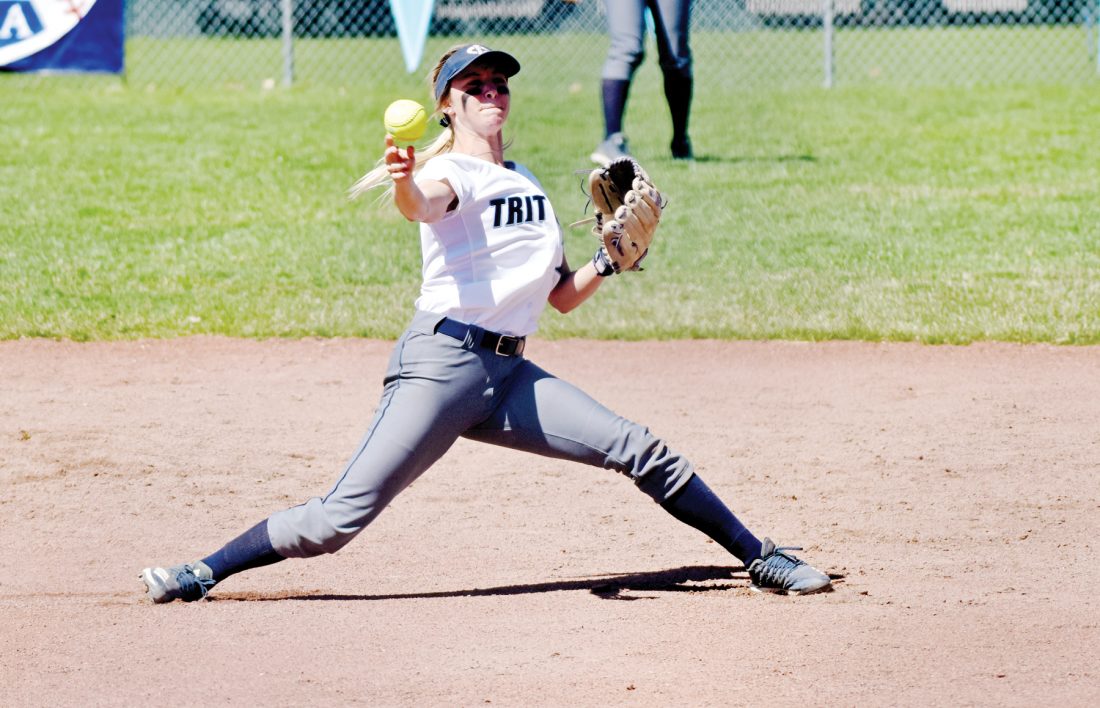 Messenger photo by Britt Kudla Payton Andersen was a returning star for the Iowa Central softball team this season. Andersen was batting .321 with four home runs and 10 RBI when the rest of the year was cancelled.

Rick Sandquist is a baseball and softball aficionado.

When he found his team’s season would be cut short on Monday, it rocked the Iowa Central coach’s world.

At 1 p.m. yesterday, the NJCAA made the decision to end remaining spring sports seasons across the country.

When Sandquist got the call, he had to take some time to gather himself before making the announcement to his softball team.

“I was at the store (Tropical Smoothie in Ankeny) when I got the call and I had to go to my car and fight back the emotions. Man, it was tough. I just feel for everybody,” Sandquist said. “This season was the last time this group and the five coaches will be together.

“The kids won’t be able to say their goodbyes and give their usual hugs. No end of the year and no Sophomore Day. You don’t realize how much you love it until it hits you that it can be over, just like that.”

The Tritons did get 19 games in this season, with trips to Florida, Oklahoma and Kansas. Iowa Central had won 13 of its last 14 games.

The season cancellation was a tough pill to swallow.

“I feel for everybody,” Sandquist said. “It’s a small bump in life and proves there is a greater power in control. We’re not in charge; there is a higher power making the decisions.

“It just proves in a blink of an eye, anything can happen. We have to move on and learn from it. The girls are realizing how much they love this game. There were a lot of tears shed.”

Iowa Central baseball coach Eric Stein knew the writing was on the wall.

“You could see it coming,” Stein said. “When the NCAA canceled everything — that was an eye-opener. We had a meeting on Friday and knew we were going to have a two-week hiatus minimum. Basically the players went home and got off campus. Prior to (Monday), we were scheduled to play as early as April 4 and had a week to prepare.

The Triton baseball team had 12 games under their belt, with a 9-2-1 record before being shut down.

With the decision to end the season, the NJCAA did allow another year of eligibility for all players.

“It’s the right thing to do,” Stein said. “That’s maybe the most interesting thing as well. There is the potential for some guys to go out the door, or have the option to possibly come back. It will be interesting with the incoming recruits in the mix, too.

“We don’t have a lot of information right now on that, but it creates another option.”

“There is just so much uncertainty,” Sandquist said. “Nobody is losing a year of eligibility — it’s just a non-participating year. Kids are going to have to decide once they graduate if they are going to come back.

“We had high hopes for this season. We were coming together. And the chemistry was something special.”