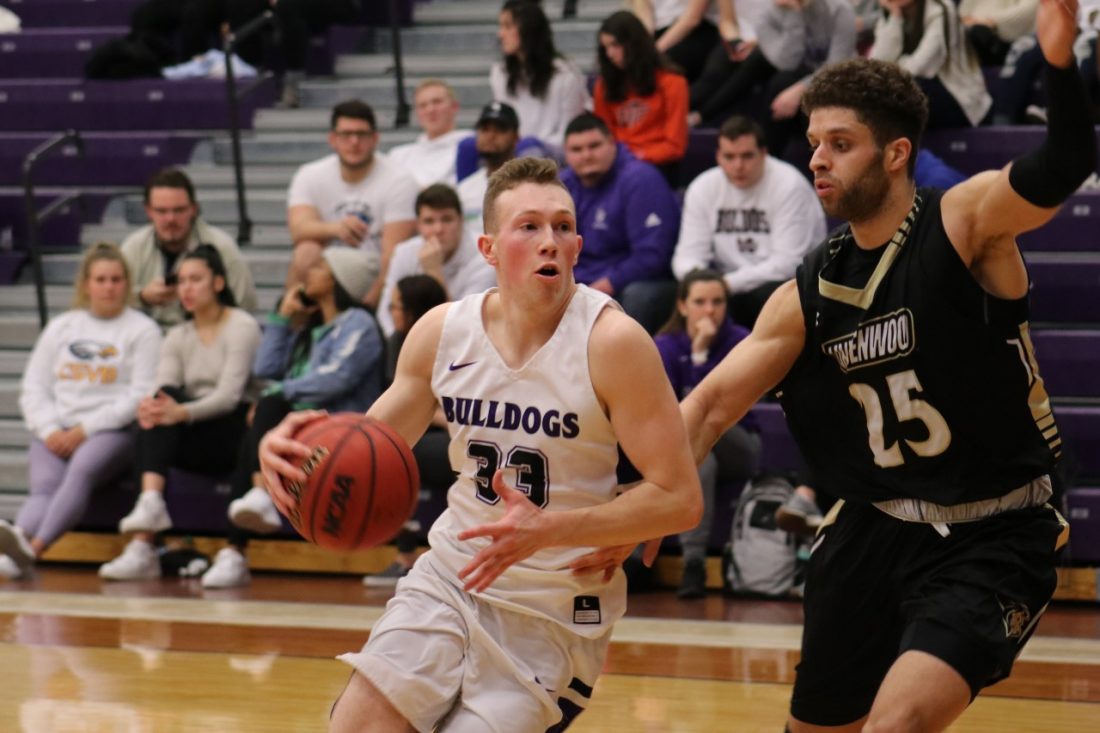 KIRKSVILLE, Mo. — Luke TerHark knew playing for Jeff Horner and Truman State would be special, but he never imagined a season like the Bulldogs are experiencing.

TerHark, a former Algona High School standout, helped Truman State claim a share of the Great Lakes Valley Conference regular season championship for the first time ever. It also marked the first league title for the school in over four decades.

The Bulldogs won three straight to force a tie with Missouri-St. Louis and Indianapolis atop the conference standings.

“It’s been an extremely special season for me because this is my last ride and I feel as if I’m really embracing everything more than I have in the past,” TerHark said. “Basketball has provided me with a lot of memories through the years and to be apart of this is almost icing on the cake.”

Much of that enjoyment comes from his teammates making the transition from Wayne State College “smoother than I even could have imagined.”

“The guys really embraced me and made me feel comfortable from day one,” he said. “The coaches here have given me confidence to just play my game and be the player I am and it’s special to have the relationship I have with them.

“To come into such a highly-touted conference and end up regular season champions is amazing because there are a lot of schools bigger than us and it’s the first time Truman has won a conference championship in 41 years, so this opportunity doesn’t come around often.”

TerHark, who earned second team all-state honors with Algona and led Class 3A in made 3-point field goals his senior year, played in 81 games for Wayne State. He earned a pair of all-conference academic honors and scored a career-high 20 points as a freshman.

With Truman State, TerHark scored a season-high 11 vs. Maryville earlier this year, knocking down three 3-pointers. He has scored 79 points with 74 rebounds, 35 assists and 15 steals on the year.

As for playing for the former Mason City High School and University of Iowa standout, that’s been a once in a lifetime experience for TerHark.

“When Coach Horner reached out I was almost star struck considering I grew up having his jersey,” TerHark said. “He’s a Northwest Iowa legend and a Hawkeye legend, so it was very cool to have the opportunity to play for him after growing up a Hawkeye fan.

“His knowledge of the game is incredible and to be in the locker room and huddle with him has been special because he is able to see things other coaches can’t.”