St. Edmond student tries to stay optimistic as senior year reaches a standstill due to pandemic 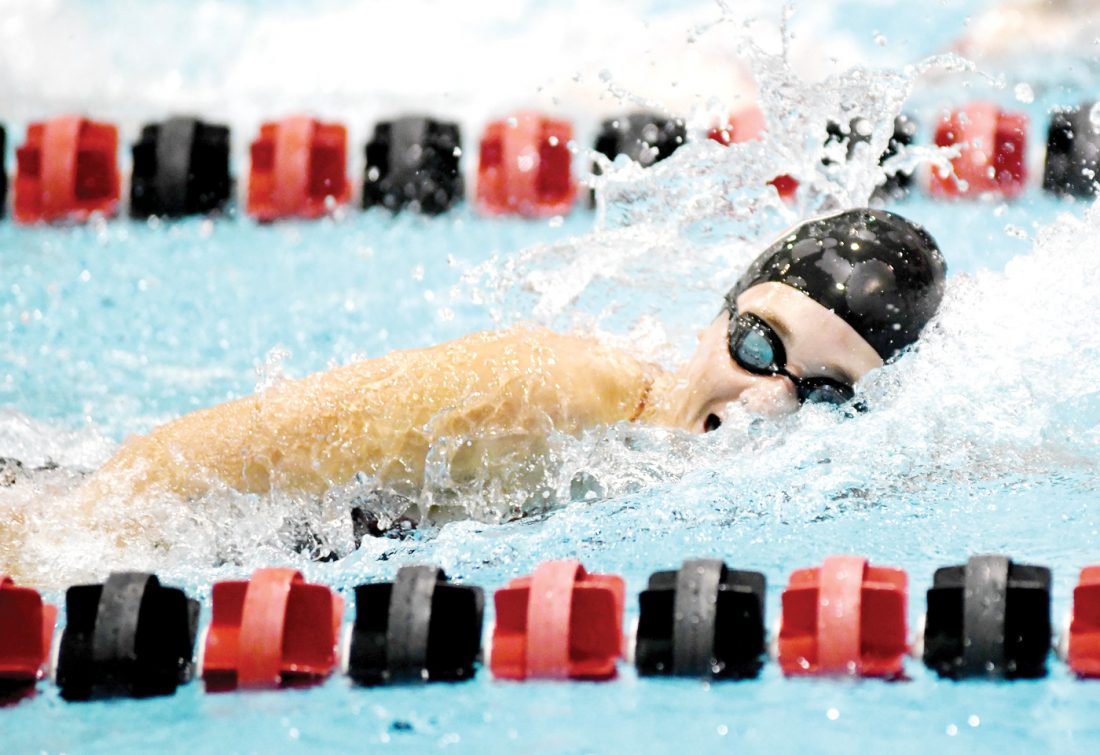 Messenger photo by Britt Kudla Madigan Peimann swims for Fort Dodge this past season. Peimann was a four-year state qualifier.

There was a certain sense of closure to Madigan Peimann’s high school swim career.

The senior is just hoping the same can be said for her time at St. Edmond.

Like every student in the United States right now, Peimann is wondering what the future holds as the world continues to fight the COVID-19 pandemic. She hasn’t been to school in over two weeks, and is still coming to grips with the idea that classes for the rest of the year — or even the graduation ceremony itself — may be canceled.

“I’m not crossing that bridge yet,” said Peimann, a four-year letterwinner with the Fort Dodge girls swim program. “I’ve done my best to mentally prepare myself — that kind of happens at this point (springtime of senior year) anyway — but the idea of it possibly being over in this way is something we could have never imagined.

“I’m just not ready to end certain relationships with teachers and friends without seeing them again (at St. Edmond). I know we may not have a choice, but so many of us are still hoping and praying for the best. It’s hard to have everything stop so abruptly. And I know a lot of seniors, especially who would be in spring sports right now, are feeling the same way.”

Peimann qualified in 11 different events during her four seasons competing for the Dodger program. She made it to state each fall from her freshman campaign forward.

“For Elora and myself as senior captains, we wanted to reach our potential and finish at state again,” said Peimann, who will be attending the University of Iowa in the fall. “But we also wanted to make sure we were going to have fun in getting there, no matter what. We wanted to make the most of the moment, but also, the memories.

“We maybe didn’t quite have the the same (depth) as a program, but we still accomplished great things. We always tried to set the tone and make the most of everything both in and out (of the pool).”

People I would like to have dinner with: my grandma.

It would surprise people that I: am very independent.

I can’t go a day without: listening to a podcast.

Superstition: clearing my goggles before a race.

What are you listening to right now? the Beatles.

Team: any from St. Louis.