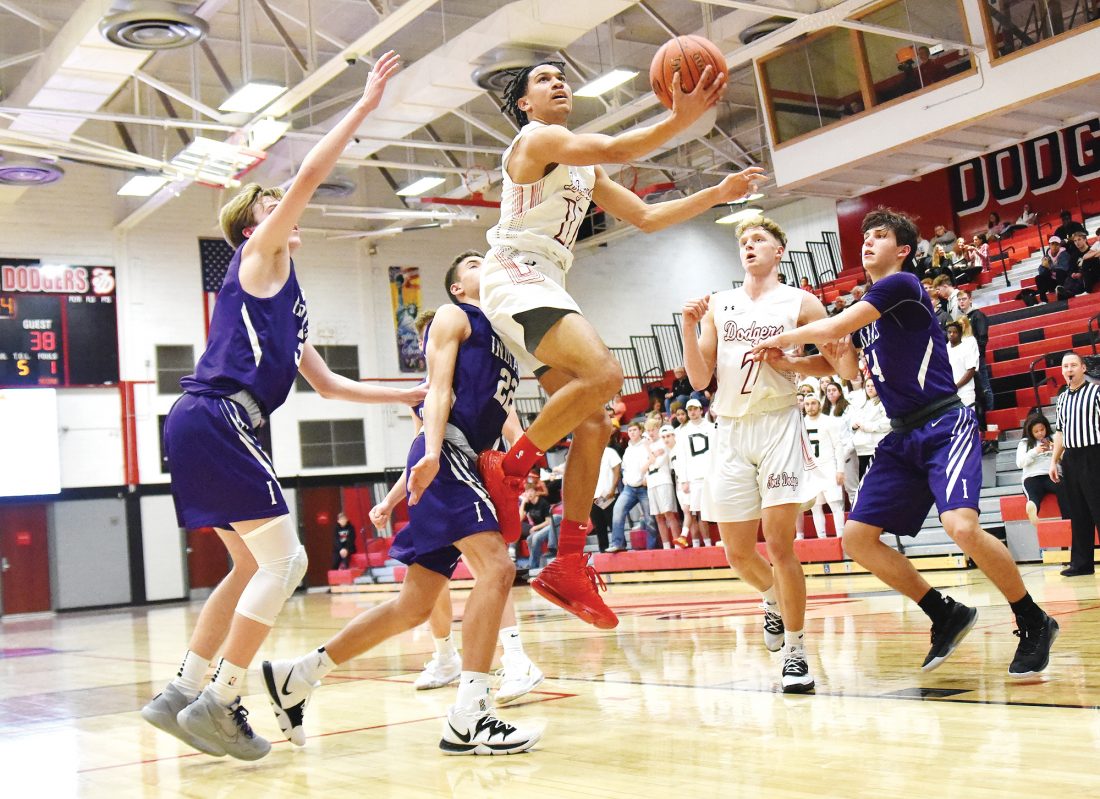 Messenger photo by Britt Kudla Tysen Kershaw of Fort Dodge drives to the hoop in the Dodger gym.

Opposing teams knew that Tysen Kershaw was Fort Dodge’s top option on the basketball court this past winter.

But Kershaw, a Dodger senior, took on that challenge.

For his efforts, Kershaw was named to the all-CIML Iowa Conference second team, the league announced.

Overall, Kershaw averaged just over 12 points per game on 41 percent shooting from the field with 80 made free throws. He also led the Dodgers with 112 rebounds, 71 assists, 40 steals and 19 blocks.

“It feels good to be recognized by the other coaches around the conference,” Kershaw said. “If you look past our record, we never quit as a team and we kept working.”

A future University of Northern Iowa football player, Kershaw was also named all-state and all-district for his efforts on the gridion this past fall.