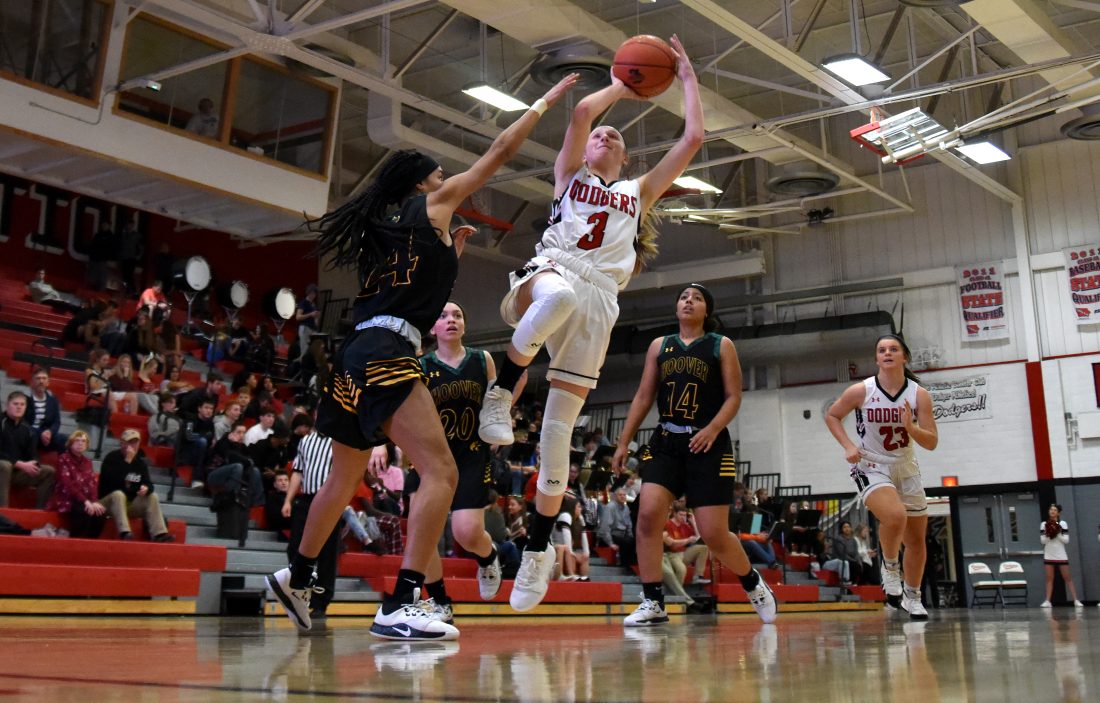 Despite being just a sophomore, Tory Bennett is very familiar with the nightly battles that come with competing in the CIML Iowa Conference.

Bennett, who helped lead the Fort Dodge girls to seven wins this winter, was honored with second team all-league honors.

Lindsey and Peyton Kelderman of Waukee rounded out the elite team.

“It’s always an honor to be recognized when you are apart of the CIML,” said Bennett, who has also earned all-league status in volleyball and softball. “Being one of the Top-14 players in our conference is really an honor considering so many of the others are headed to Div. I programs.”

The 5-foot-4 guard finished second in rebounds with 149, including 47 on the offensive end.

Among the individual highlights of the season was a single-game school-record 37-point scoring outburst against Des Moines Hoover in December.

She also grabbed 15 rebounds, dished out four assists and recorded three steals in the game.

“Winning more games this year was huge,” Bennett said. “I feel like our team really came together and with most of us returning next year, that bond can only get stronger.

“Next year will be something special because our grade has played with the upcoming seniors since we were eight years old. I really want to help make their last season as a Dodger as memorable as it can be.”

Waukee went a perfect 10-0 in the league to claim the title with Southeast Polk second followed by Valley, Mason City, Fort Dodge and Marshalltown.

The Warriors reached the state title game before falling to CIML rival Johnston. The Rams also advanced to the elite eight.

Teams were selected by the conference coaches.