Ayala will be a Hawkeye 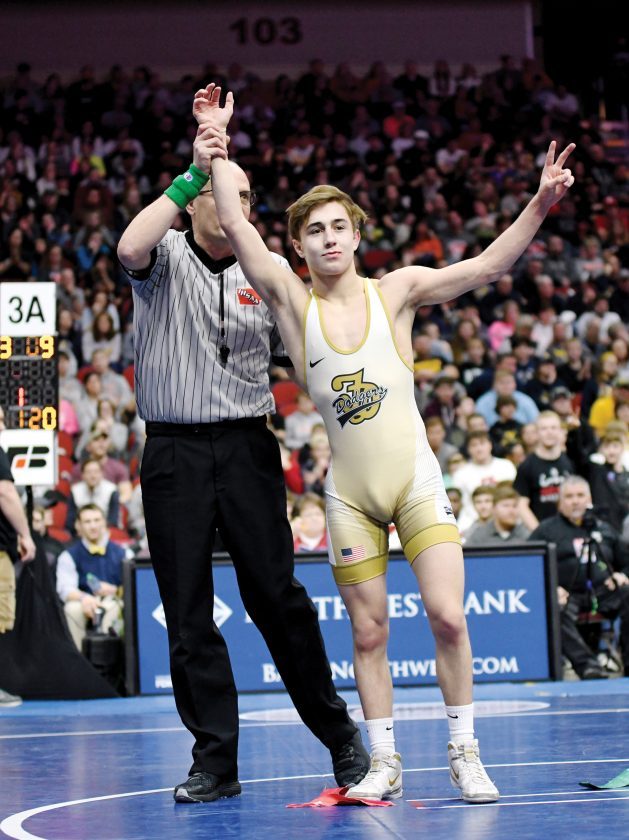 Fort Dodge’s Drake Ayala has made up his mind: the junior state wrestling champion will attend the University of Iowa.

The nation’s top-ranked 120-pounder, Ayala has developed into the most sought-after prep recruit from Iowa in almost a decade. He went 48-0 this past season, and last Saturday, secured the Dan Gable Mr. Wrestler of the Year award as the top competitor in Class 3A.

Ayala, the son of Fort Dodge’s Sam and Angie Ayala, has won 91 consecutive high school matches. He is 136-2 in his prep career.

“He’s just on an entirely different level compared to the rest of this state at his weight, and really, the entire country,” FDSH head coach Bobby Thompson said of Ayala after the state tournament. “Drake is more than a rare breed. He’s one of a kind. The talent, the work ethic, the motivation, the student he is in the classroom, the way he represents Fort Dodge away from (the mat)…it’s just the whole package.

“This didn’t just fall into Drake’s lap, though. People read about him, hear things, watch it happen, but they really have no idea how committed he is to his craft behind the scenes. He’s made sacrifices and commitments that most 16- or 17-year-old kids simply aren’t interested in making. He put in the effort (growing up) to make it seem effortless today.”

Ayala is also an academic all-state honoree who carries a 3.94 overall grade point average. The consensus Top-15 national recruit from the class of 2021 is a two-time Fargo Nationals champion, a USA Wrestling Folkstyle gold medalist, and a Super 32 Challenge national runner-up.

Complete coverage from Ayala’s decision will be in Thursday’s Messenger.