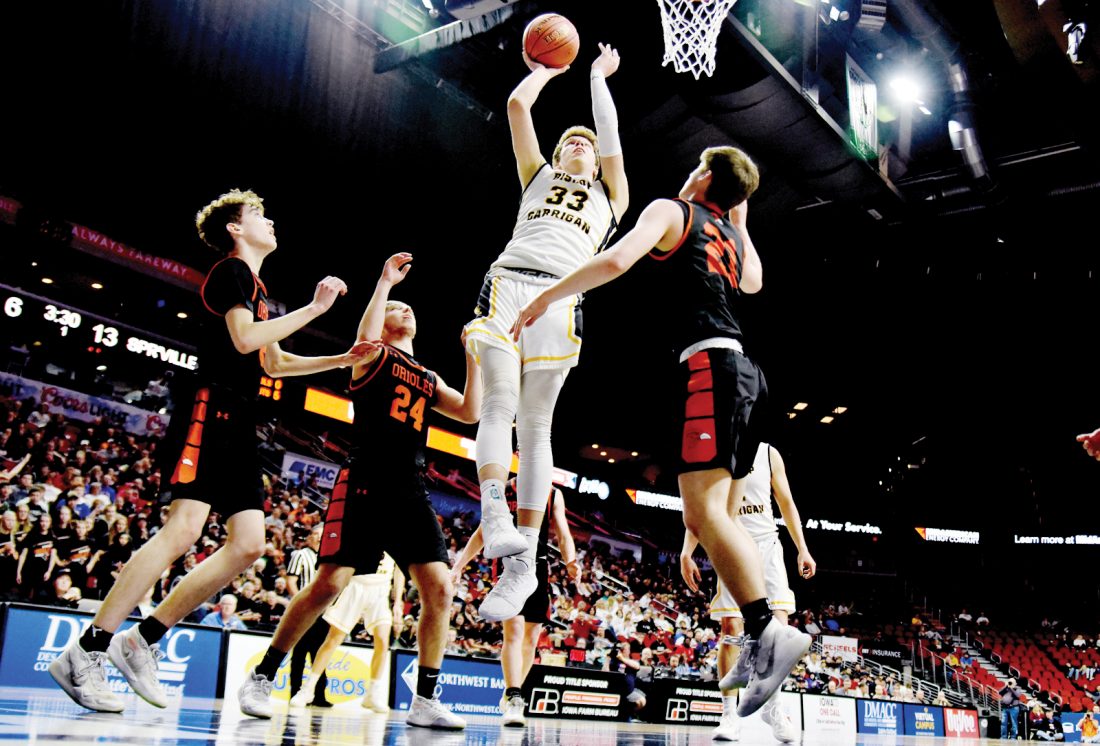 The Golden Bears advanced to the finals for the first time in school history.

“It means a lot to me from a team standpoint, just to achieve some goals we had wanted all season and (given) how hard everyone worked,” Winkel said. “A lot of people didn’t believe in us, and we kept proving them wrong.

“The individual success means a lot to me. I’ve put my heart, sweat and tears into this game, and to have it pay off really is just a very satisfying feeling. It will motivate me to get more of my teammates to work hard this offseason so we can experience some of the success we had (again) next year. To be a true leader my senior year is a big goal.”

Wegener, who was also an IPSWA all-state football selection as the 2A captain, scored at a 17.4-point clip for the 18-5 Bulldogs. The 6-foot-3 forward grabbed 135 rebounds, dished out 71 assists, and shot over 50 percent from the field.

“It means a lot, being (mentioned in) such an elite group as all-state,” said Wegener, who will be a preferred walk-on for the University of Iowa football program. “For the program and myself, we are never too focused on individual awards.

“I’m really proud making all-state in two sports; it’s a big accomplishment, and I’m honored. But we fell short both times of our team goals.”

The 6-foot-3 senior shot 57 percent from the floor and recorded 72 steals.

“It feels great to receive this kind of honor,” Neubaum said. “The last two years we have been able to win the conference championship and continue to grow our program.

“It was great playing with my teammates for the last four years. We pushed each other every day in practice and never let things slide. I obviously wish we could’ve gone further (in the postseason; the Titans were knocked out in the substate finals), but SCC had a lot of success this year.”

Neubaum also thanked his family and coaches, who were “a huge help for my whole career.”

“They opened the gym up for me all the time, gave me suggestions, rebounded for me, and drove me all over the state, just to play.”

Bowen Born of Norwalk was named Mr. Basketball for 2019-20. The senior guard, who will play for the University of Northern Iowa, averaged 36.4 points per contest as the Warriors captured the 3A state title.