ENID, Okla. — The Iowa Central softball squad was heating up in the cold weather here on Friday.

The Tritons had seven home runs — including three by Payton Andersen — in a 12-2 rout of Enid in their opener. Iowa Central then finished the day with a 5-2 victory over NOC-Tonkawa.

Both games went five innings due to the time limit.

Andersen blasted three solo shots for the Tritons in the opener. Iowa Central plated eight runs in the fourth inning to pull away.

“We came ready to play,” ICCC head coach Rick Sandquist said. “It was really cold — 28 degrees at first pitch. But we came out aggressive and didn’t worry about (the adverse conditions).

“We take a lot of pride in the mental aspect of the game. If you’re the mentally tougher team, you’re already up 1-0. There’s no sense in whining about the weather. Both teams are playing in it.”

The Tritons used 20 players in the contest.

FDSH graduate Maggie Harvey went deep in the nightcap. Andersen was 2-for-2, and Mathews contributed two hits as well.

“We did a lot of good things,” Sandquist said. “Kayla and Abby pitched well. Payton and Parker obviously had big days (at the plate), but we used everyone and got positive contributions from a lot of different players.”

Iowa Central faces the same two squads here on Saturday at 9 and 11 a.m. 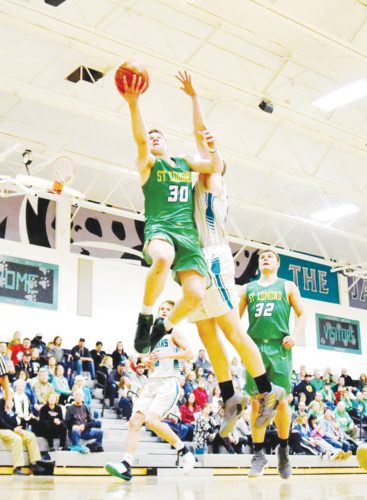 A decade of dominance