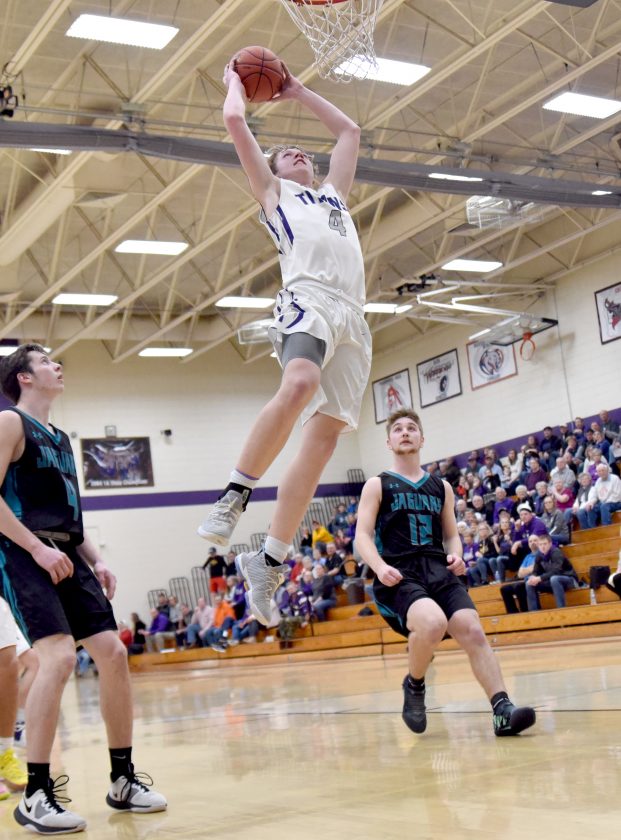 CHEROKEE — Bryce Coppock might have left the Twin Lakes Conference, but he never stopped following the league.

Prior to the start of his senior season, Coppock and his family relocated. He helped the Falcons (21-2 overall) reach the state football semifinals.

“As soon as we got our district bracket and sister district, probably the first thing I noticed was the fact that we were matched up with the TLC group,” Coppock said. “Obviously, we had two games to win, but I found it very exciting that I could be seeing some familiar faces and a familiar crowd in a substate matchup.

“I still follow a few news outlets that cover South Central Calhoun — and Newell-Fonda plays them a few times — so I knew they had a good team.”

“Like a lot of kids, playing in the state tournament is a dream that only a few accomplish,” Coppock said. “This is as far in the playoffs as I have ever been and I’m really excited to play in a loud substate game and hopefully punch our ticket to the state tournament.”

The Titans (19-4) feature Zane Neubaum, who scored 33 points in a district final win over Southeast Valley earlier this week. Neubaum is the focus, as he enters averaging just under 26 points per game on 60 percent shooting from the field.

“He’s been really good this year,” Coppock said. “We’ll treat him like any other scorer and we’ll have a game plan ready.”

Just like South Central Calhoun plans to be prepared for Coppock and West Sioux thanks in large part to previous meetings with the sharpshooter.

“It’s pretty crazy to be playing against him again,” SCC’s Brennan Holder said. “I feel like it’ll be a little helpful that we know how he plays and we know his tendencies from past years.”

In previous matchups between the two, Coppock’s Mustangs won two of three meetings. The Titans, though, were victorious in 2019, 66-59, as Neubaum scored 30.

Holder averages 12 points and leads the team in rebounds, with Cole Corey chipping in 11.5 and Landon Schleisman 10 per night. Schleisman and Corey share the team lead in assists, with SCC recording 355 steals as a collective unit.

Last year, the Titans were knocked out in the district finals. Like West Sioux, they have made deep football playoff runs, but came up short in advancing to the UNI-Dome.

“It feels great to be one of 16 teams left in 2A,” Holder said. “We made it to the district final last year and we knew we should have gone further. It feels good to get past that point.

“We’ve been to this point in multiple sports and have always struggled getting over the hump. I think it’s time we change that.”

Camanche vs. West Burlington at Muscatine

Dyersville Beckman vs. Monticello at Manchester