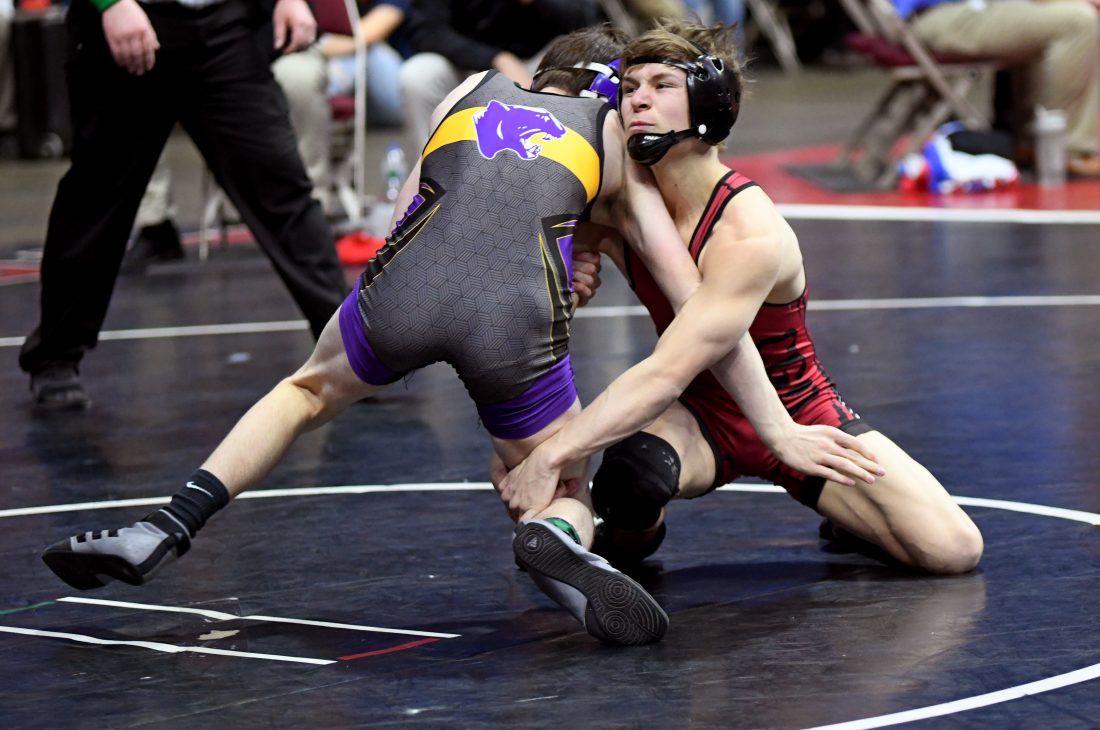 And all five survived the first round to keep those dreams alive.

Tyler Stein, Reed Abbas and Garrett Seaba advanced to the Class 1A quarterfinals for the Cowboys, while Mark Dawson and Joel Mendoza did the same for the Eagles.

Abbas, the brother of current Grand View University standout, Tanner Abbas, pinned Jonah Clark from Waco-Wayland in 2:28. The No. 5 seed now gets top-seeded Cael Rahnavardi of Don Bosco in the 145-pound quarters.

“It’s honestly a feeling like no other,” said Abbas, a junior who missed state last year. “Just knowing the hard work in the offseason and so on is coming into play.”

Clarion-Goldfield/Dows kicked off the week with a seventh place finish at state duals on Wednesday, a spark that helped get the individual qualifiers going.

“I’m having a blast down at state so far and can’t wait for more competition,” Abbas said. “Winning the last dual to get seventh was just another match to get settled in with a big setting down at the Well. It was a good match for me to open up a lot and get used to the arena.

“All three of us winning was a good way to start out the tournament. It shows the preparation and skill of all three of us is a high level of wrestling.”

Abbas, who qualified for state as a freshman and won 49 matches, is now 40-9 on the year.

Stein improved to 29-13 with a 7-5 decision over Logan-Magnolia’s eighth-seeded Sean Thompson at 113 pounds. The senior reached state last year, going 1-2.

Up next for Stein will be Clayton McDonough from Central Springs, who pinned Noah Grage of Durant in 51 seconds.

Seaba, a two-time qualifier as a sophomore, downed Bellevue’s Zach Roeder at 152 pounds, 11-4. He picked up four takedowns and scored near-fall points to improve to 39-10.

Last year, Seaba lost both of his matches, finishing 37-14 overall. He will now face Underwood’s Blake Thomsen, an 18-4 winner over Jack Clarahan of Sigourney-Keota.

Dawson was in control of his 145-pound bout with Max McGill of Woodbury Central before being taken to overtime.

The senior was leading 7-2 when McGill hit him with a reversal and three-point near-fall in the final five seconds. Dawson, though, recovered, recording a takedown to improve to 52-4 this season and 94-12 over the past two seasons.

Mendoza, the top-seed at 220 pounds, pinned Brian King from South Central Calhoun in 2:13 for his 40th win of the season.