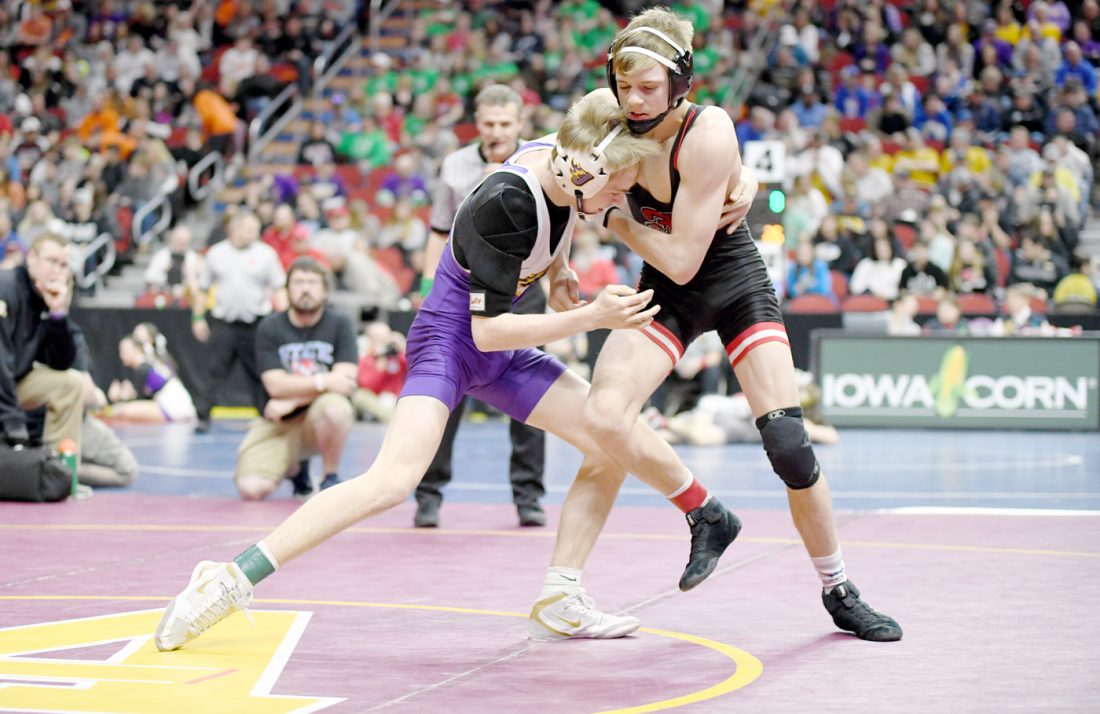 DES MOINES — Carson Taylor knows what went wrong in his quarterfinal match on Friday, and he made his semifinal opponent pay for it accordingly.

The second-ranked Taylor had a tough challenge against Johnston’s seventh-ranked Thomas Edwards in the 126-pound quarterfinals.

Taylor escaped with 1:44 left in the third to tie the score at 3-3. Both wrestlers stayed on their feet for the rest of the period, sending the match into overtime.

“It was a scary match for Carson,” said FDSH head coach Bobby Thompson. “He didn’t wrestle his best match, but he gutted it out. You have to be able to find a way when you aren’t at your best, too.”

In a sudden-death period, Taylor recorded a takedown with 34 seconds left to survive and advance to the semifinals.

“When it went into overtime, I knew he hadn’t taken any shots and I was trying to finish the whole time,” Taylor said. “I knew all I needed was one good shot, and I had to take my time.”

Taylor (39-3) refocused and gave fourth-ranked Bryce Parke (35-2) of Linn-Mar no chance in semifinals. The Grand View University recruit had two first period takedowns and added one and an escape in the third to take a 7-2 lead.

Taylor tacked on a third-period takedown to earn a 9-4 decision and advance to the finals.

“I had to set my shots up, get ready to go and watch out for any offense,” Taylor said. “I had wrestled him before, so I kind of knew his strategy.”

“Parke is a tough kid; his only loss coming in was to us,” Thompson said. “Carson wrestled outstanding (in the semifinals) to reach the (championship round).”

University of Iowa recruit Cullan Schriever is the next task for Taylor. Schriever (15-0), a nationally-ranked senior from Mason City defeated Taylor 11-5 in the district final last Saturday in Fort Dodge.

“I took some bad shots last time,” Taylor said. “I need to be more aggressive and wrestle smarter.”

Taylor, who is 121-18 overall in his Dodger career, beat Schriever in the semifinals a year ago on the way to his state championship.

“We have to slow him down,” Thompson said. “This match should be nothing like the last time. We have to control the tempo and the ties and get after it.”