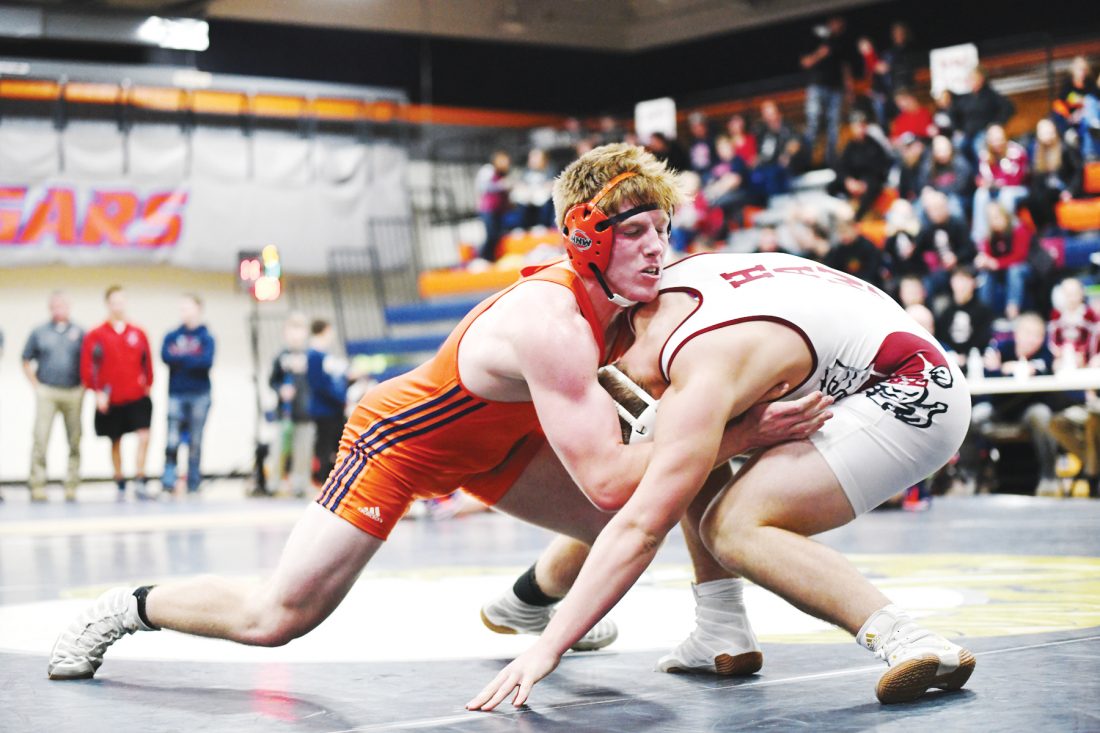 DES MOINES — John Schuttler’s dream of competing at the state wrestling tournament last season was taken away from him before it could even start developing.

Now, in his final season on the mats for Manson Northwest Webster, Schuttler will get his opportunity.

The MNW senior takes on top-ranked Cole Clark from Lisbon in the Class 1A 195-pound bracket inside Wells Fargo Arena Wednesday night at 6 p.m. Schuttler enters state ranked ninth and with a record of 41-6 after placing second at districts.

While the task ahead of him is a big one, it is also nothing new for Schuttler.

Early in his junior football season a year ago, Schuttler suffered a torn ACL. The injury sidelined him through wrestling, but he worked his way back to both the gridiron and the mats.

This past fall, Schuttler helped the Cougars win three games as the leading tackler with 57.5 stops, earning all-district honors along the way. That confidence provided him the boost needed come wrestling season.

“Punching my ticket to state felt so amazing,” Schuttler said. “Especially after not being able to wrestle last year. This season has been great. I didn’t know how it was going to go coming off my ACL injury.

“I just worked extremely hard through rehab to come back stronger than ever this year.”

Schuttler scored a pair of first period falls at sectionals to claim a title, pinning Drake Jones of Pocahontas Area in 25 seconds and Camden Hanson from Clarion-Goldfield/Dows in 90.

At districts, he was the lone Manson NW wrestler to advance, reaching the finals after defeating Kyler Bak of West Sioux, 9-1. In the championship match, Schuttler fell in a narrow 6-5 decision to Hull Western Christian’s Eli Van Ginkel, but moved on thanks to his semifinal round victory over Bak.

“Stepping on the mat at state is going to be truly magical,” he said. “I’ve been dreaming about this moment for years.

“My goals for this week are to work harder than ever and take home a state medal.”

Earlier this year, Schuttler won gold at the Doug Wood Invitational and was also crowned a Twin Lakes Conference champion for the first time, helping the Cougars place second overall.