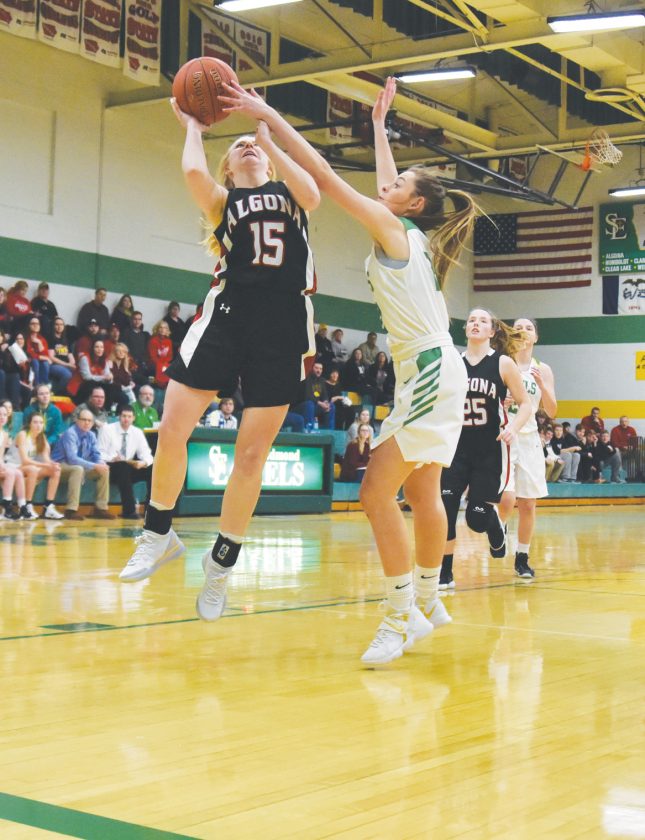 Abbey Holmes takes with her countless memories from a career at Algona on the basketball court.

Joining Holmes on all the ballots were Webster City’s Taylor McKinney and Clear Lake’s Sara Faber. The three seniors were named alongside Raven Kinnetz of Clarion-Goldfield/Dows, Courtney Miller from Hampton-Dumont and Chelsea Holck of Clear Lake.

For Holmes, who will continue her basketball career at Northern State University in the fall, the moments she will always reflect back to happened both on and off the court.

“I’ll remember all my teammates and the locker room jam sessions,” she said. “And the overtime games and game-winning shots. But most importantly, the bonds I built with many different teammates that I’ll have for the rest of my life.”

Holmes averaged just over 15 points per game, leading the conference in made 3-pointers with 42 and the Bulldogs with 60. She also had 94 rebounds, 54 assists and 43 steals on the year.

“It’s an amazing honor and I’m grateful that I received it,” Holmes said. “Plus, it just helps me know that all the time I’ve spent in the gym hasn’t been wasted. But I couldn’t have done it without the help of my many coaches and teammates.”

Neverman led the Gaels in points, rebounds and blocks. The junior finished with 192 points, 197 rebounds and 41 blocks, shooting 40 percent from the field and making 12 triples.

“This honor means a lot to me and I’d like to thank my coaches and teammates,” Neverman said. “Even though we didn’t have the best record, my teammates pushed me every day at practice to get me to where I’m at now.

“This motivates me to be a leader next year as a senior as it’s my last time with this team. I want to push them like they did for me to have an even better season.”