Gaels bow out in regional action 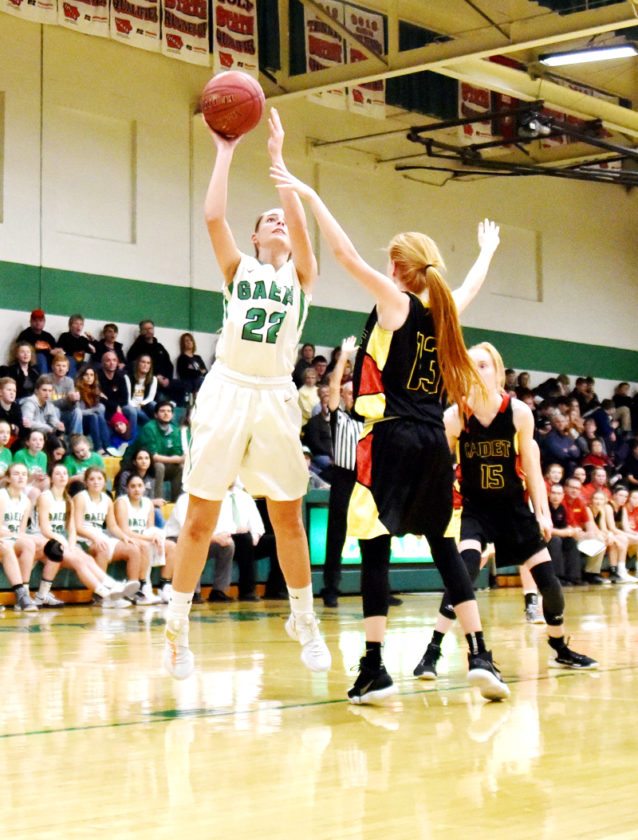 STORM LAKE — The end came here for the St. Edmond girls in the opening round of Class 1A regionals, as Storm Lake St. Mary’s picked up a 56-29 victory.

“They were guarding Cambrie pretty tight,” said St. Edmond head coach Steve Neuberger. “She made some adjustments in the second half and was aggressive getting to the basket. She went to the line about eight times and she hit some shots in the second half.

“She just comes out and competes.”

St. Mary’s, a member of the Twin Lakes Conference, scored the first five points of the game and led 12-1 after the first. The advantage grew to 25-7 at the break, as the Gaels were held without a field goal during that time.

“We had a hard time putting the ball in the hole (in the first half),” Neuberger said. “We defended well for the most part, but at the end of the quarters they hit some buckets that extended the lead.

“In the third we played better and cut the lead to 12 or 14, but they would hit a big shot to keep pushing it up.”

St. Edmond finally got going in the third, scoring 12 points, but they still trailed by 21. Demers had 19 heading into the fourth.

This marked the final time in uniform for Gael seniors McBride, Emma Neverman and Jocy Timmerman. Timmerman missed the entire season with a knee injury.

“We talked after the game, how it’s tough every year when the season comes to an end,” Neuberger said. “Cambrie, Emma and Jocy were great teammates for the three years that I coached them.

“They have a good attitude in practice and they are the type of girls that the younger kids can look up to as far as doing the right thing.”

The region features MMCRU, who is 20-0 and ranked sixth, and Kingsley-Pierson, who is 18-4 and ranked ninth. The regional championship is scheduled for Feb. 26 in LeMars for a spot in the state tournament.