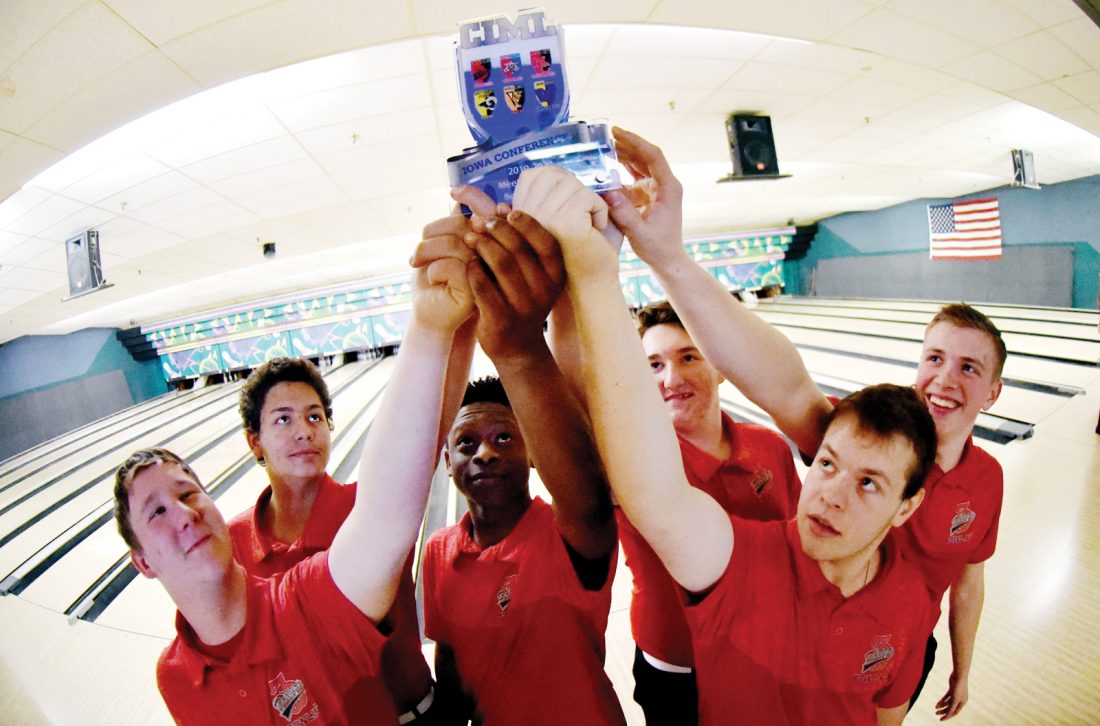 The Fort Dodge boys took a regular season of frustration out on the CIML Iowa Conference field Friday at Ridgewood Lanes, as the host Dodgers secured the championship to avenge a winless league dual campaign.

“The boys finally put it all together, which is what we knew they’d been capable of all year,” FDSH head coach Nick Vinson said. “We’ve had a lot of close (dual) losses (including four by less than 90 pins against CIML Iowa opponents), so it was great to see the guys break through and build some momentum (heading into districts).

“Jayden had a great day, but he’s been steady for us all season long. And Kaleb did what Kaleb does. I think it means a lot to these kids mentally that they were able to see their potential; posting that score was big for their confidence. We knew they had it in them.”

“Carson and Tre have a lot of potential,” Vinson said. “Carson’s getting back in the range of where he can be on a regular basis because he has a ton of talent, and Tre’s rounding back into form (after rejoining the squad mid-season). To have four kids in the Top-10 was really big for our program.”

“The girls were so close,” Vinson said. “It was kind of the opposite of the boys. We didn’t have a great day in singles on the girls’ side, but we really came on in Bakers (Fort Dodge had a tourney-best 968 in the Baker competition). It just wasn’t quite enough, but we got within almost 40 pins (of the top).