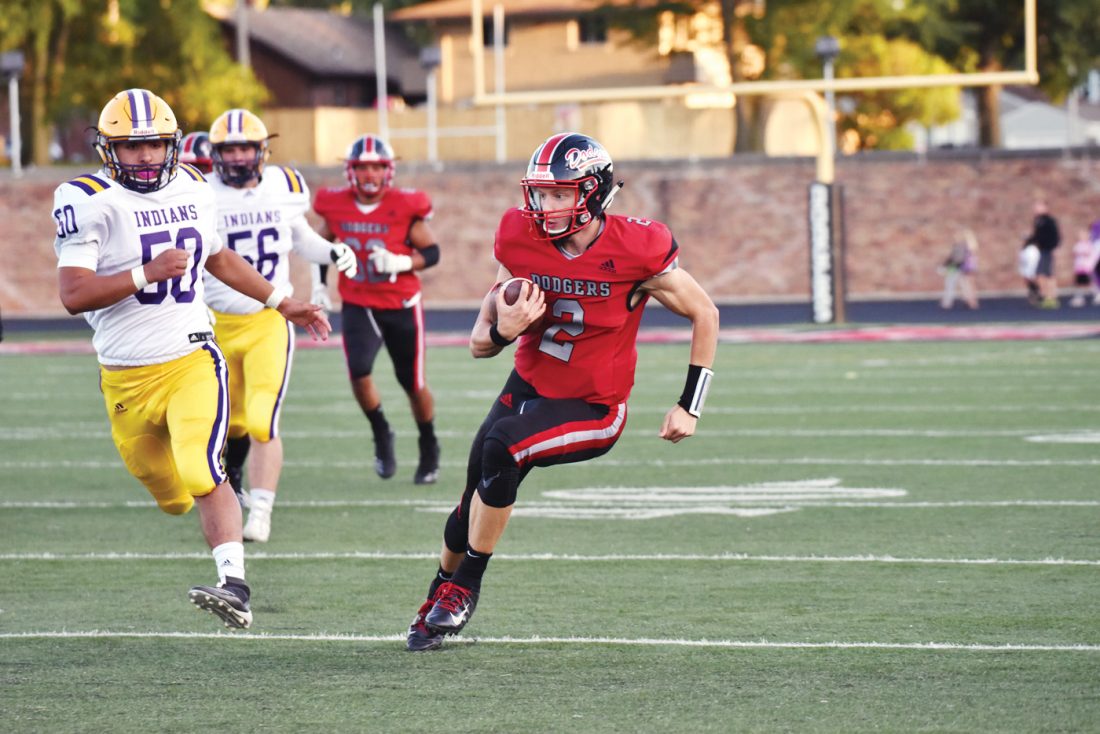 Messenger photo by Britt Kudla Asle Thorson of Fort Dodge runs the ball against Indianola this past season.

AMES – Asle Thorson spent countless days putting in the extra work required to become a Div. I football player. And just as many nights dreaming about fulfilling that journey.

Now, thanks to Iowa State University, the Fort Dodge senior will be able to do that, committing to Matt Campbell and the Cyclone program.

“My whole life I’ve always wanted to be a Div. I football player,” Thorson said. “Playing at the highest level will be something I’ll never forget. I’m proud of the fact that I have the opportunity to compete at the highest level, but none of it would have been possible if it wasn’t for my family, coaches and teammates supporting me and pushing me along the way.”

A multi-sport standout with the Dodgers, Thorson capped off his senior football season by earning all-state honors. He helped FDSH secure a playoff spot by doing a little of everything.

Thorson completed just under 61 percent of his passes for 1,602 yards with 17 touchdowns. He added 329 yards and 10 scores on the ground while also recording 25.5 tackles, an interception and averaging 32 yards per punt.

“The coaching staff at Iowa State has me starting out with the safeties,” Thorson said. “My biggest thing will be gaining weight and muscle. They have made it clear that I am not limited to one position, so who knows what the future holds.”

By joining the Cyclone secondary, Thorson will be following in the footsteps of his uncle, former FDSH all-stater and football coach Nik Moser. Moser was a starter for Iowa State at defensive back, helping them reach several bowl games in the early 2000s.

“I am extremely grateful that I have the opportunity to go to the same university as my sister and uncle,” Thorson said. “I know I can always lean on them, as well as all of my family members, for advice as I begin my new journey this summer. Both of them have done great things at ISU, but I am excited to chart my own course and make my own name.”

Thorson, who was a two-time all-district selection at safety, is also a member of the Fort Dodge basketball and track teams. He finished with 82 total tackles and four career interceptions.