Dawson ready for his state encore 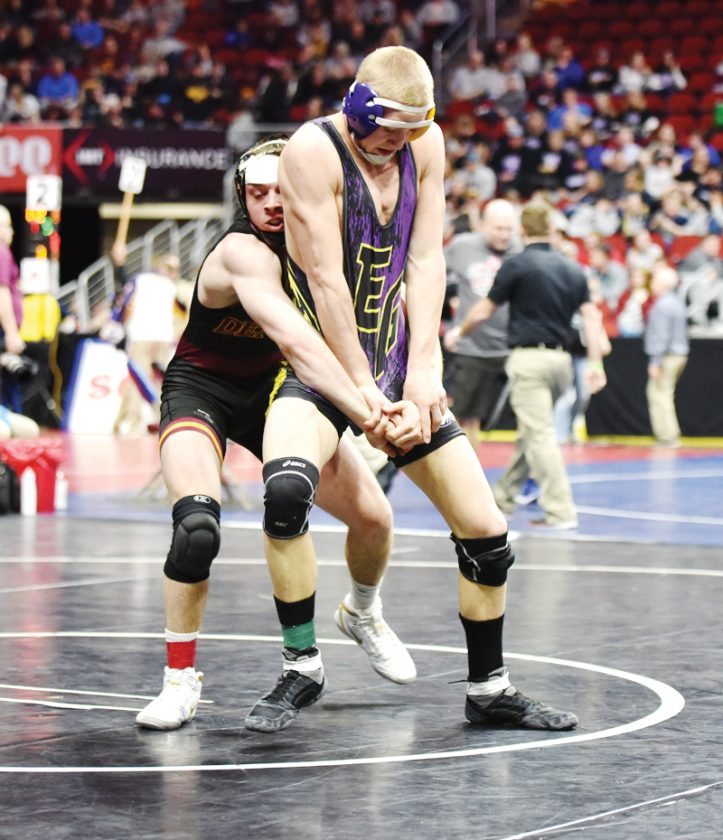 DES MOINES — Mark Dawson will be one of two Eagle Grove wrestlers carrying the banner from the tradition-rich school at state this week.

Dawson, a senior ranked seventh in Class 1A at 145 pounds, is joined by classmate Joel Mendoza, who is second at 220 pounds. They both have their sights set on adding to the 51 previous state championships won by the program.

Thanks in large part to his 51-4 record, Dawson earned the No. 4 seed in the 16-wrestler bracket. His first opponent will be Woodbury Central freshman Max McGill from inside Wells Fargo Arena at 6 p.m.

“I was happy that I made it to state my last year of high school,” Dawson said. “My season has been alright. I had a loss that I shouldn’t have had, but I made sure to sharpen up my craft to make sure I don’t get beat.”

Like his fellow Eagle Grove qualifier Mendoza, Dawson was part of the football program in the fall. He finished with a team-high 58.5 tackles and was also a member of the backfield.

Dawson and Mendoza each won Top of Iowa Tournament titles earlier this month, and both surpassed the 150-win mark for their careers.

“My coaches and my best friend, Joel, have helped me reach this point,” Dawson said. “My coaches have been there to push me past anything bad that happens or that I hear. And Joel has helped me with everything else since sixth grade when he joined wrestling.”

Mendoza, who earned the No. 1 seed at 220 pounds after placing fifth last year, opens his quest against South Central Calhoun’s Brian King. He carries a record of 39-4 with him into the week.

Last year, Mendoza went 49-6 overall including a 4-2 record at state. Both of his setbacks were close decision defeats to wrestlers who finished fourth and fifth. Dawson finished his junior season 42-8 after going 1-2 at state, with both wrestlers he fell to also securing medals.

The last state champion from Eagle Grove was in 2008, when Ridge Kiley captured gold at 112 pounds in 2A. The program’s 51 titles ranks seventh-most in state history since 1926.