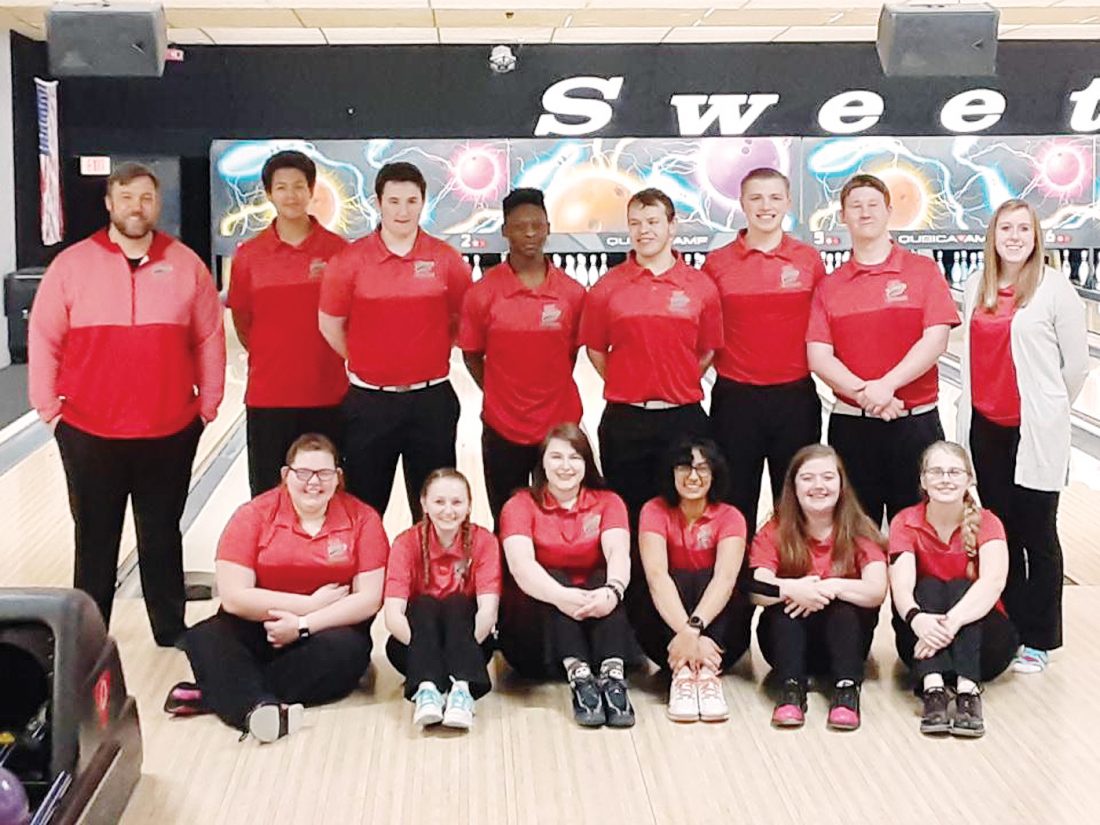 —Submitted photo The Fort Dodge boys and girls bowling team pose for a picture after competing in the district bowling tournament in LeMars. The Dodger boys won a district title and the girls earned an at-large bid.

LE MARS — It took the Fort Dodge boys bowling team a while to truly embrace the concept of healthy competition within their own ranks.

Now that the Dodgers have turned a corner together, the sky seems to be the limit.

Both FDSH squads clinched state berths from a Class 2A qualifying tournament at Sweet 16 Lanes on Tuesday, with the boys taking the overall championship and the girls advancing as an at-large participant.

Dodger sophomore Alexis Kenney also secured gold individually on the girls’ side, rolling a 234-246–480 for the top score in the entire state from all 2A qualifying sites.

“It was obviously a big day for our program,” FDSH head coach Nick Vinson said. “To see it all come together and have both teams make it is very exciting. I’m really proud of the kids; they put a lot of hard work into reaching this point, so to have it work out the way it did in a pressure moment like this was huge.”

“That’s pretty incredible, to have Brady turn in a (201-199–400), place 14th, but not even have one of our top-five scores,” Vinson said. “It just goes to show the potential of this boys team. There is a lot of ability and a high ceiling there.

“We had some long talks during the regular season (after a number of close dual losses) about competing for one another instead of against each other. Sometimes it’s hard to get into that mindset, because bowling is both an individual and team sport (simultaneously). You have to get excited about your teammates, and if they beat you, that’s a good thing. We’re all on the same page now. They’re supporting each other and building momentum from that.”

“Le Mars really pushed us,” Vinson said. “They were right there until the end. But the experience from close meets and not being able to quite finish teams off in Bakers worked in our favor (on Tuesday). Our boys decided to wipe the slate clean during the (CIML Iowa Conference tournament), and it led to (the league title). It’s been a process, and we’ve had to show a lot of patience, but they are on board with the idea that the guy next to you is just as important as you are.”

Sanck was the 2019 individual state champion.

“Alexis has been so consistent, but when she’s on like this, she takes it to another level,” Vinson said. “I really like her attitude. It’s very even-keel. Things may be going really well or she might be struggling, but you’d never know by her body language.

“She can be kind of hard on herself at times, but it’s because she has high expectations. Everything was just clicking for her (on Tuesday).”

Vinson knows, though, that it took an entire group effort to advance. The girls were second to Le Mars in the regional standings (2,830 to 2,818), but they got the call later in the evening that they’d qualified as an at-large team.

“They deserve it,” Vinson said. “A 2,818 is a really solid score. Kat had an amazing day. Leah wasn’t at her best, but still came back with a big second game. Alexis is our lead-off bowler in Bakers and was our spark plug, but the next time out, it may have to be someone else. That’s just the way it works. The girls know that. They’ve been through it in (winning the 2A title last year).

“It’s just great to know the whole program is going to state together.”

The state tournament is Tuesday at Cadillac Lanes in Waterloo. The event begins at 10 a.m. 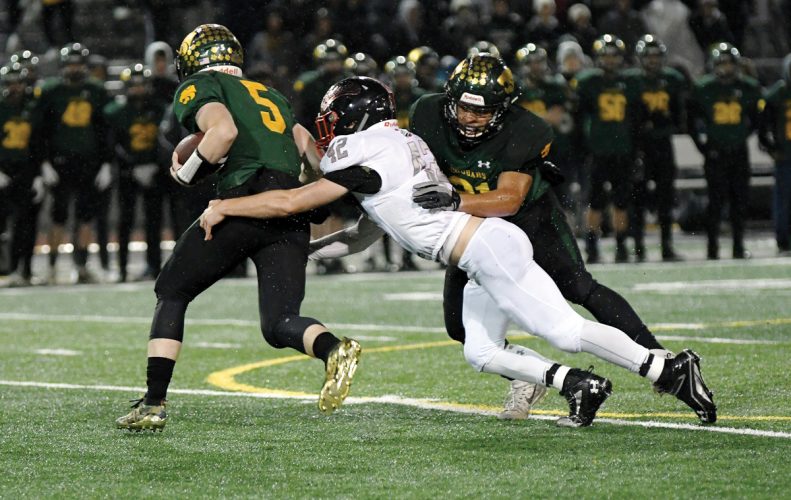