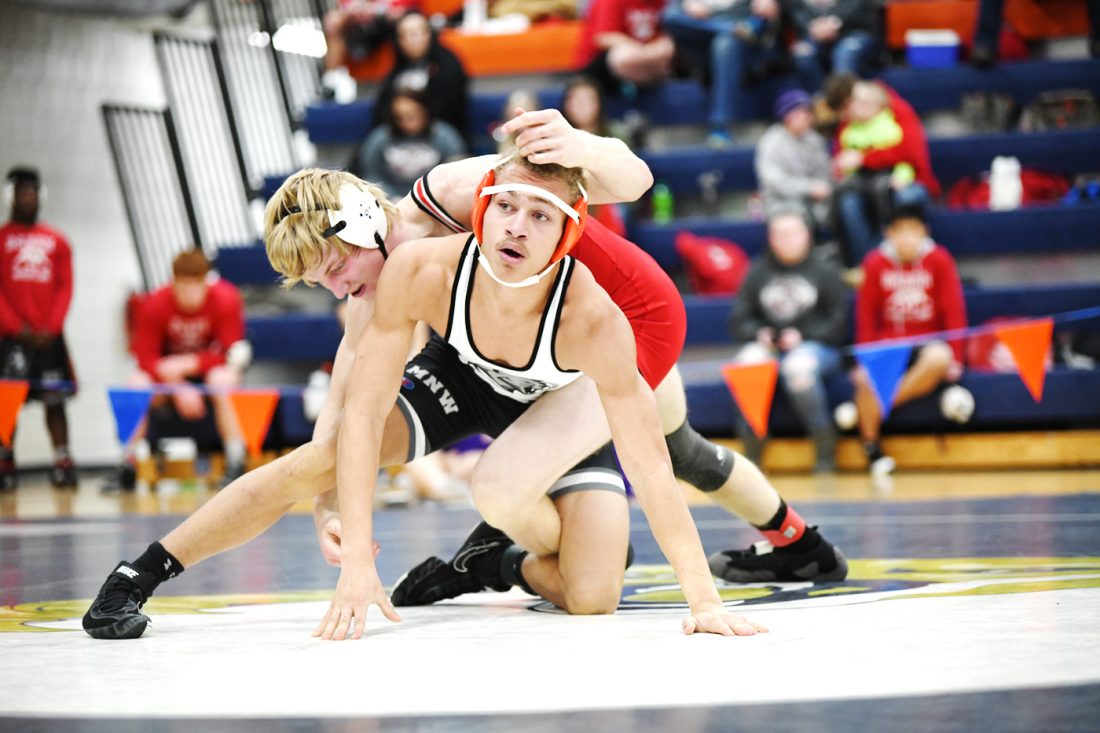 A handful of area teams will try to secure a spot in the state duals field Tuesday night at regionals.

In Class 2A, Humboldt and Emmetsburg each finished in the Top-2 at sectionals to advance, while 1A qualifiers include Clarion-Goldfield/Dows and Manson Northwest Webster.

The Wildcats, ranked ninth, will head to Atlantic to meet Van Meter. The winner battles No. 10 Atlantic or Red Oak for the spot to compete at state duals.

Emmetsburg, meanwhile, travels to Osage to take on Crestwood. The E-Hawks, ranked 13th, face either fourth-rated Osage or Forest City.

The ninth-ranked Cowboys will be one of eight host schools in 1A, welcoming in ACGC first with No. 11 Nashua-Plainfield and Martensdale-St. Mary’s meeting in the other semifinal.

Manson NW hits the road to meet Westwood in Hawarden. The 15th-rated Cougars would face either No. 3 West Sioux or Hull Western Christian if they win.

Winterset vs. Knoxville; Harlan vs. Eddyville-Blakesburg/Fremont