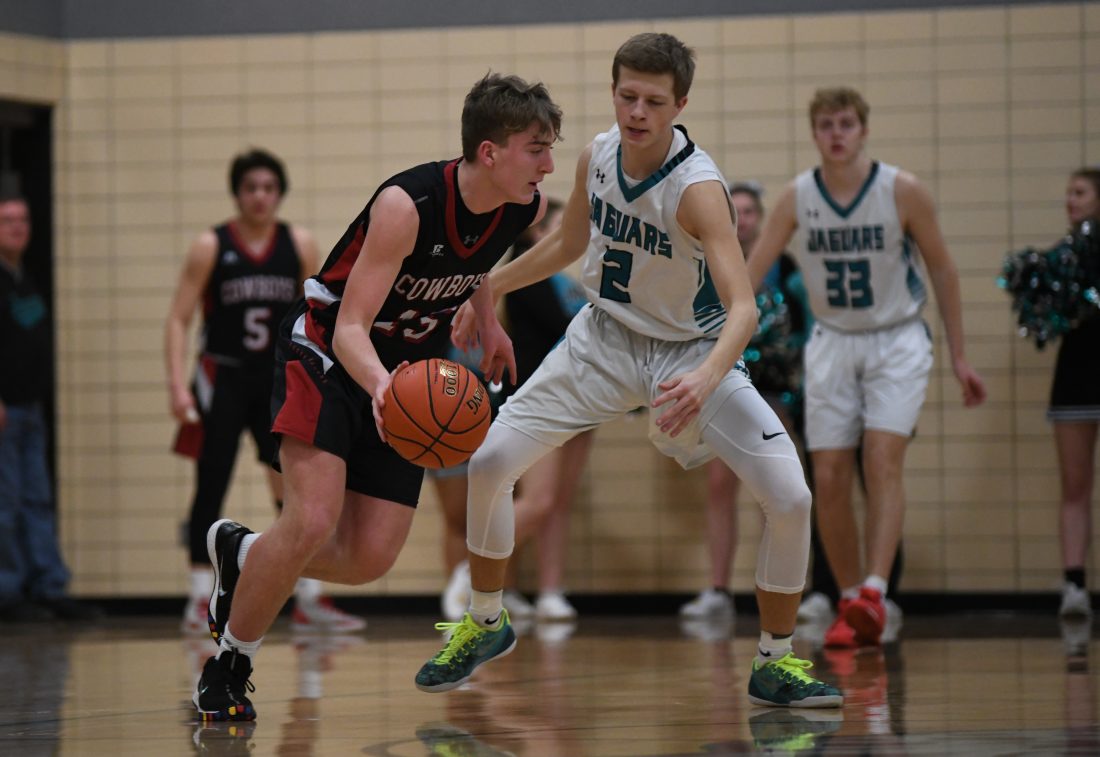 GOWRIE — Chemistry, trust and confidence have helped the Southeast Valley boys put together an incredible start to this season.

Two years removed from winning just four games, the Jaguars find themselves as one of just 15 teams in Class 2A with either one or zero losses.

“One of the biggest reasons for our success is our team chemistry,” said Carter Lane, one of those senior leaders. “We know that, night in and night out, we can trust each other. That allows us to play with a confidence that’s hard to match.”

Lane, a 6-foot-1 point guard, averages 9.3 points per game and leads the team in both assists (63) and steals (45). He has a 4-to-1 assist-to-turnover ratio while directing an offense averaging 62.5 points per night.

Hunter Kruse, another senior, averages 7.3 points with 27 assists and 19 steals, with classmate Lincoln Miller chipping in five with 63 boards, 24 assists and 11 steals.

Like his fellow 12th-graders, Lane has taken on this season with a different approach.

“Being a senior, I’ve tried to take everything one game at a time,” he said. “I know that nothing is guaranteed, so I go out and play every game like it’s my last.”

Southeast Valley doubled its win total last year from four to eight games, a number they surpassed earlier this month in a victory at Alta/Aurelia. They are averaging almost 72 points per game in the league, shooting a conference-best 44 percent from the 3-point line.

The Jaguars have gone 7-0 on the road this year, a mark that will be tested with dates at fellow TLC contenders Newell-Fonda and South Central Calhoun in the coming weeks.

“It feels amazing to be in the position we are in right now,” Lane said. “We haven’t had a lot of success the last two years and nobody expected us to play at the level we’re playing at this season.

“We knew people were going to doubt us from the start of the season and we play every night like we have something to prove. To be on top of the conference is a great feeling to say the least.”