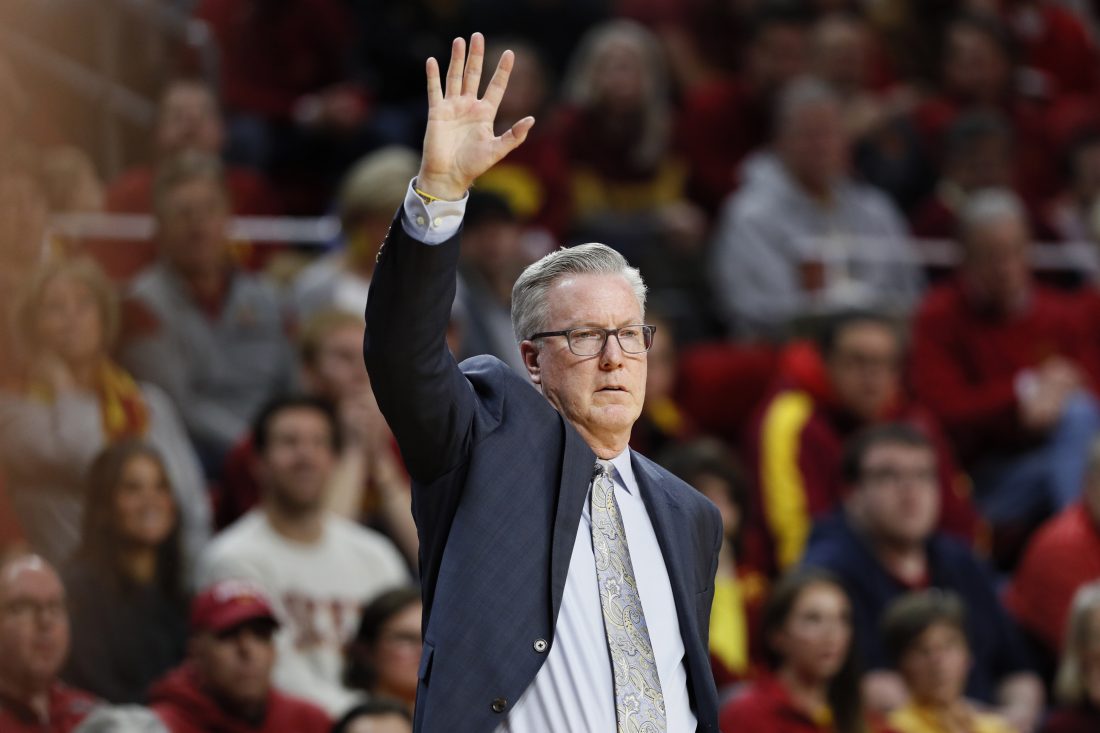 Tip is set for 8 p.m. from Carver-Hawkeye Arena.

After helping rebuild the Hawkeyes (13-5 overall, 4-3 in league), head coach Fran McCaffery finds it easy to respect what Steve Pickiell has done with the Scarlet Knights (14-4, 5-2) since taking over.

“I don’t think there is anything secret. He’s a really good coach,” McCaffery said. “He’s been doing this for a long time and knows what he’s doing. I think he came in with a plan and wanted to build it the right way. Wasn’t trying to do it very quickly. He got the guys he wanted to play the way he wants to play, and he’s got a group that’s buying into what he’s teaching.

“It has been impressive what they’ve done, but keep in mind they were kind of bounced around as a program. They were in the Atlantic 10, the Big East, and back to the old Eastern 8 or whatever it was back in those days.

“I think they found a home now in terms of being able to recruit to a Big Ten program. A little bit unique being back east for that, but they’ve got a great home court advantage. Nice facility. They upgraded. Their athletic director has done a great job raising money and getting some facility upgrades for them, so it’s all happening together.”

Rutgers is on a two-game win streak and is a perfect 13-0 at home this season. Pikiell is in his fourth season and has almost 30 years of coaching experience overall including stops at UConn, Stony Brook and George Washington.

Last year, the Scarlet Knights won 14 games after winning 15 each of the first two seasons under Pikiell. He led both Stony Brook and George Washington to league titles and NCAA Tournament berths.

The Hawkeyes have been red-hot at home, winning seven consecutive and averaging over 82 points per game. The Iowa defense has also stepped up on the home floor, allowing just 62 points per game.

“They don’t seem to get too up or too down. They recognize the level of competition that was before them. They could look at the schedule before the season and see that, but it’s a group that’s performed well on the road for the most part. Not perfect. Don’t expect it to be,” McCaffery said. “But after we’ve struggled at times they didn’t blame anybody, each other, the coaches. It was just back to work and we’ll get it figured out.”