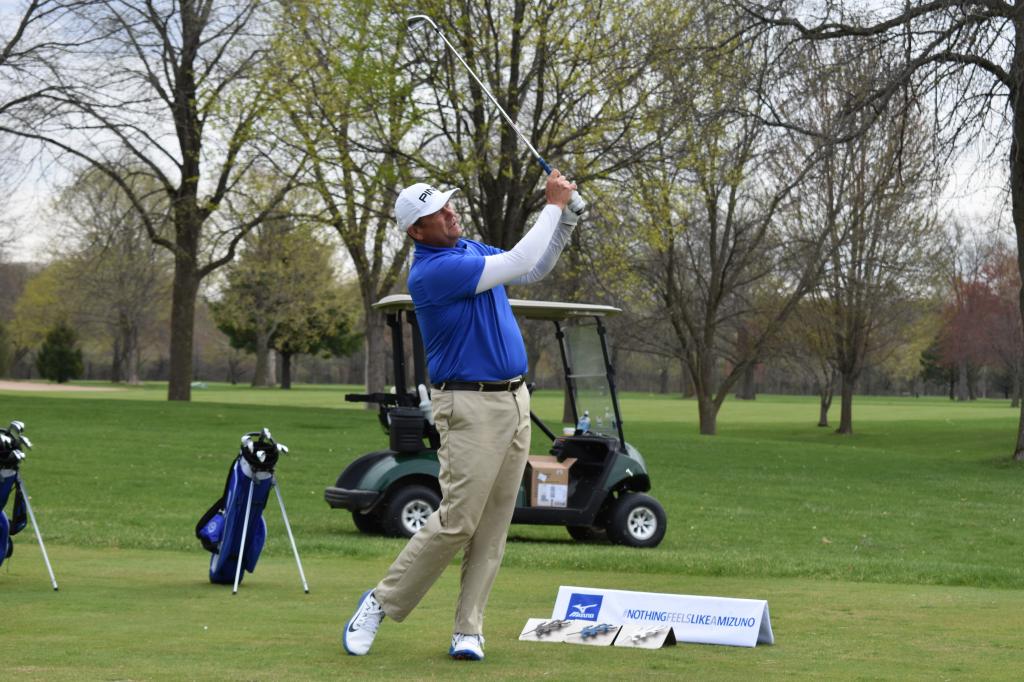 Photo courtesy of iowapga.com Judd Gibb of Fort Dodge will be inducted into the Iowa Golf Hall of Fame this year.

Judd Gibb admits he is rarely at a loss for words.

He received news recently from the Iowa Golf Association, though, that left him quite literally speechless.

Gibb, who was born and raised in Fort Dodge, will be one of three players enshrined into the Iowa Golf Hall of Fame this coming year. Joining Gibb will be Beth Bader and John Benda.

“I’m never at a loss of words,” said Gibb, a 1987 Fort Dodge Senior High graduate. “But when Jon Brown and Chad Pitts called me with the good news, I had no idea what to say.

“I heard Jon say you will forever be known as a member of the Iowa Golf Hall of Fame. After that, I don’t really know what they said.”

Gibb will become the sixth Fort Dodge native among the 86 honorees elected since 1989, joining Rick Brown, Dave Sergeant, Tom Chapman Jr., Tom Chapman Sr. and Joe Brown. This marks the third time in the last four years that someone from Fort Dodge will be recognized.

“It’s really neat that there are five others on such a select list from Fort Dodge,” Gibb said. “That’s a pretty high percentage from our community.”

He was a four-year letterwinner and 1992 team captain at Iowa State University, competing in two NCAA Regional Championships.

“I am overwhelmed when I look at the names in the Iowa Golf Hall of Fame,” Gibb said. “I know so many of them, and am honored that my name will be added to that list. I have been so lucky to have helped and worked with people who helped me along the way.

“It’s also fun to look back at with all the junior players I have been able to help. Golf is a great game.”

This coming year will mark the third time Gibb has played on the PGA Tour in the John Deere Classic, having qualified in 1999 and 2010 as well.

Gibb, a winner of the 2004 Herman Sani Tournament and two-time Iowa Section PGA Champion, is currently the Director of Instruction and Tournament Coordinator at Lakeside Golf Course in Fort Dodge, and a Ping Golf Tech Representative.

The Iowa Golf Hall of Fame is curated by the Iowa Golf Association on behalf of all golf organizations in and around the state, such as the Iowa Section PGA and the Iowa Golf Course Superintendents Association. A time, date and location for the 2020 induction ceremony has yet to be determined.