Dodgers show depth on the mats 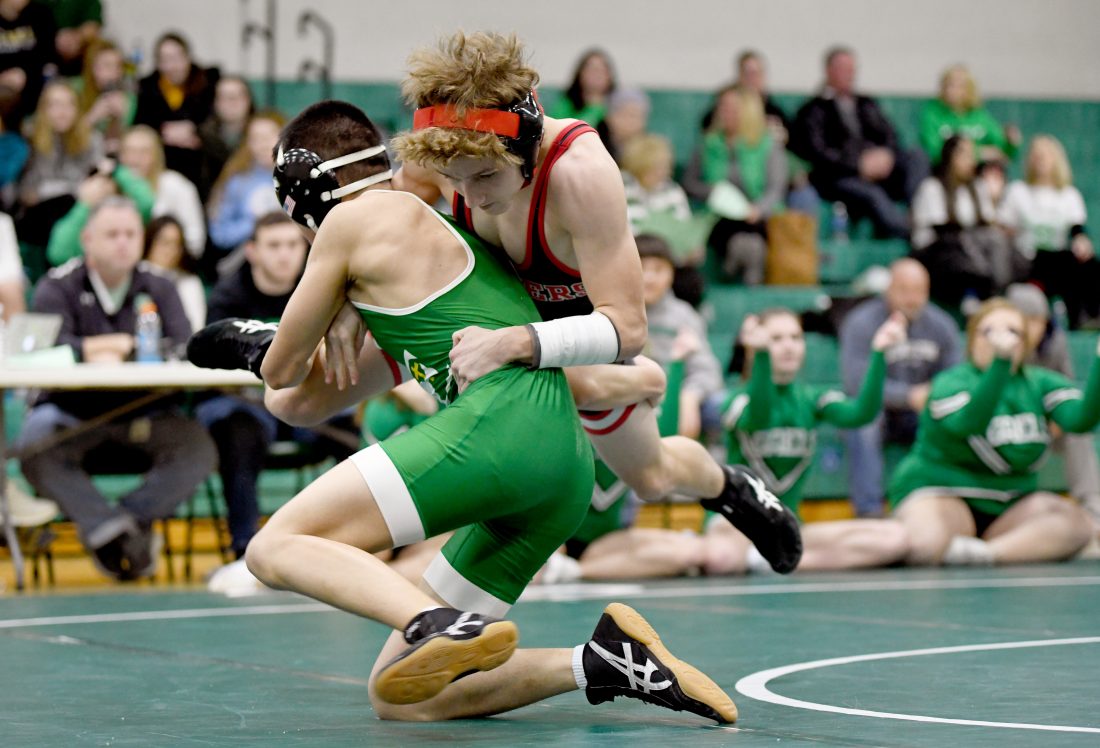 “Carter wrestled really well,” said Fort Dodge JV coach Tom McClimon. “Carter would be a starter on any other team, but we have a pretty good 120-pounder (in Drake Ayala). Carter is a really good wrestler and competed very well against varsity competition.

“As a team we wrestled hard and strong.”

Trey Kasperbauer (138), Scott Boro (106), Caleb Caldwell (126) and Jacob Laird (285) had three victories. Kasperbauer had a pin, decision and forfeit, while Caldwell had two falls and a decision. Boro had three forfeits.

Laird, a senior for the Dodgers, picked up three falls and his only loss (3-1) was to West Hancock’s second-ranked Chandler Redenius by a single point.

“Jacob really had a good day,” McClimon said. “He picked up three falls and competed well against a highly-ranked kid. Tucker had a good day as well.

“We had some guys step up for the team and suck down to fit in at some weights to get a full lineup.”

Coltan Brant (152) had a big tournament for the Jaguars, earning three wins, all by fall.

Caelan Oakes (113) and Jonah Siebert (145) had three victories each. Oakes had a fall, major and decision. Siebert picked up a fall, decision and a forfeit.

“Overall all we wrestled well,” said Southeast Valley had coach Jeff Miller. “AGWSR was a close dual where we got turned on the mat in a couple of matches and couldn’t get out of it.

“We are learning new things each time out.”