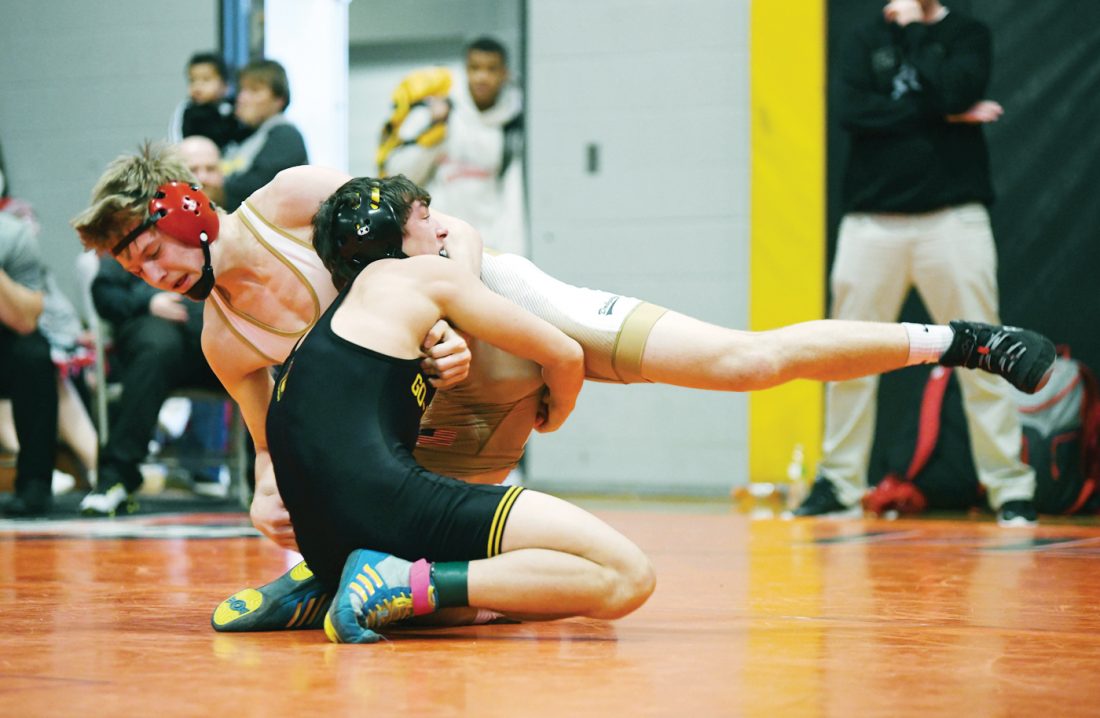 WAVERLY — The third-ranked (Class 3A) Fort Dodge wrestling team clinched a second-place finish here on Saturday at the Rick Caldwell Invitational, placing behind only No. 1 Waverly-Shell Rock.

The Go-Hawks recorded 268.5 points, with the short-handed Dodgers racking up 205. No. 5 Iowa City West, Saint Ansgar and Boone rounded out the Top-5.

“This was a good opportunity to see Waverly-Shell Rock in particular,” FDSH head coach Bobby Thompson said. “We competed well for the most part. We had some tough matches and won some nice consolation matches.”

The top-ranked Ayala, a junior, finished off his day with a fall over Parker McBride of Iowa City West in just over a minute after picking up two technical falls at 120 pounds. The defending state champion is now 31-0 on the year.

Taylor, also a defending state champ who is ranked second, had two falls to win the 126-pound bracket. Both of his victories came in just over a minute each, as the senior is now 27-2 overall.

Phillips had two falls and a technical fall at 138 pounds, improving to 26-6 on the season.

“Drake, Carson and Dreyzon all wrestled well and did what they’ve been doing: taking care of business,” Thompson said. “We had a lot of good performances from several others as well.”

Fort Dodge was without seventh-ranked Brooks Cowell (132) and No. 2 Levi Egli (195). Cowell missed weight by less than one half a pound, and Egli is sidelined until districts with a broken hand.

The Dodgers are back in action on Monday, heading to Mason City to face the Mohawks before competing Friday at the CIML Invitational in Pleasant Hill. 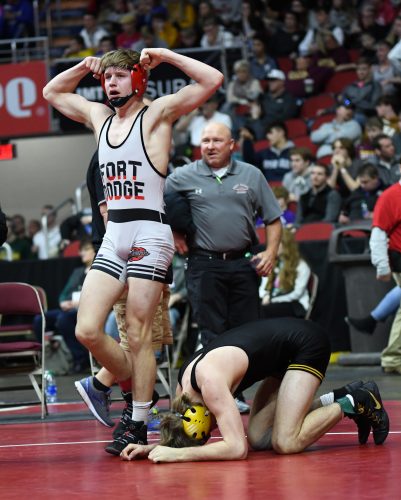 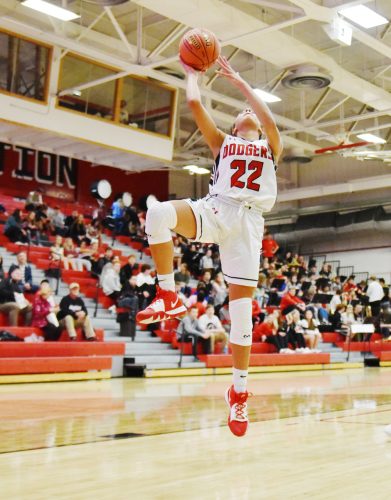 DES MOINES — Jessie Whitmer will be adding a second hall of fame title to his incredible resume, as the Eagle ...

Humboldt’s Hanson to be honored Saturday

DES MOINES — Some of Justin Hanson’s brightest moments on the wrestling mats came during the state ... 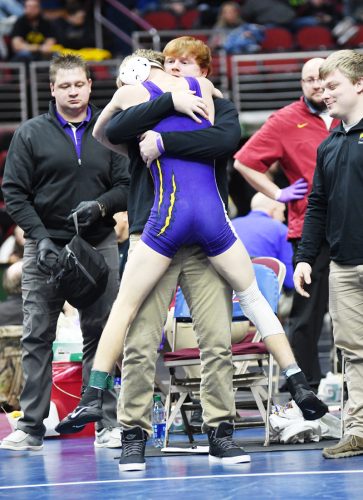 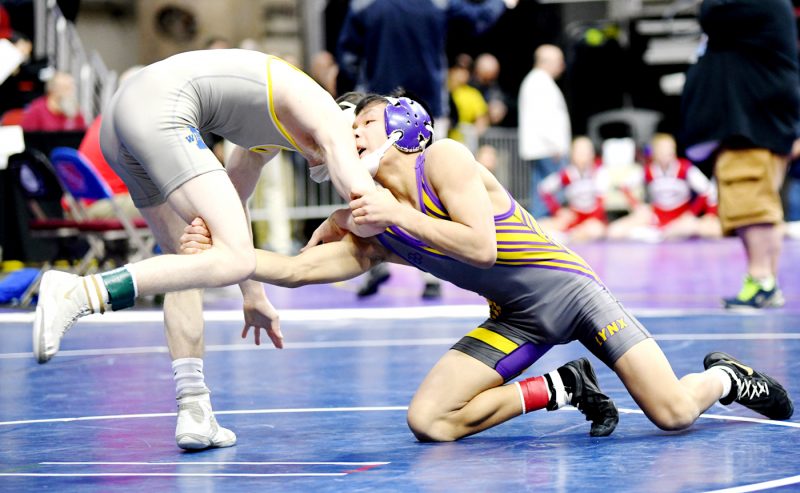