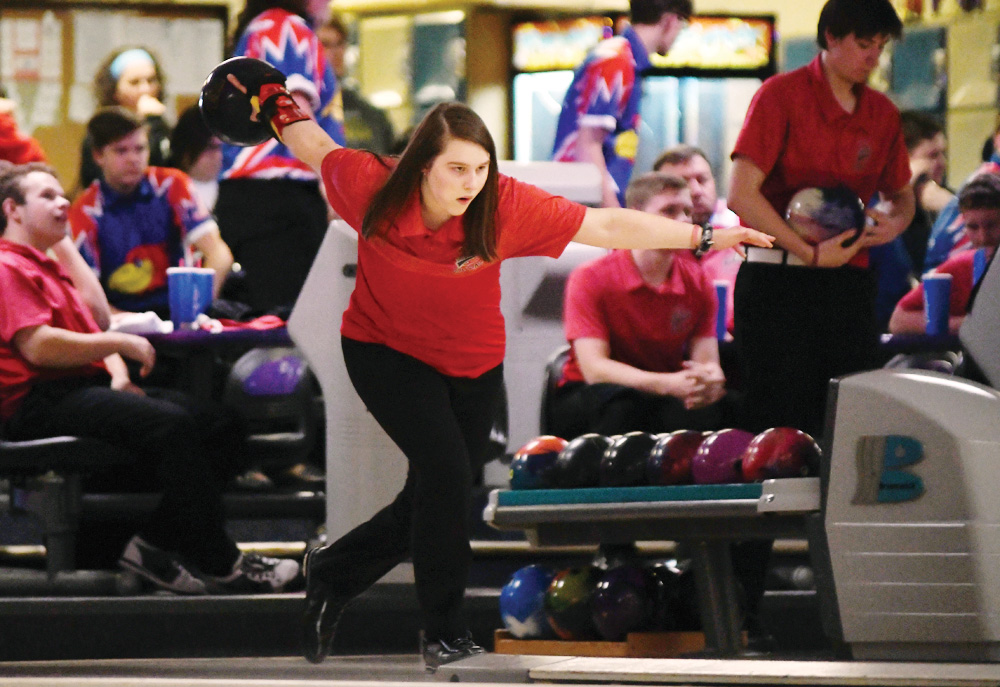 The Fort Dodge girls continued their hot streak in 2020, winning for the second time over Marshalltown at Ridgewood Lanes.

“They bowled really well,” said Fort Dodge head coach Nick Vinson. “Leah and Lexi had a great night. In the first game, those two and Kat (Flores) struck through the first three frames, Leah and Kat went to five and Leah continued with even straight.

“Aryssa had a huge second game and she has been bowling really well. They are starting to come together and had the third highest total we’ve had in three years.”

“Marshalltown has a really good boys team,” Vinson said. “They just rolled a 3,300 on Tuesday night. Our biggest struggle has been working on on our transition and we haven’t been able to do it. We know it’s a problem that we need to fix.

“Outside of Kaleb, we had some guys that struggled. Jayden had a good night.”

The Dodgers are back in action on Monday as they head to Southeast Polk.