Tritons in search of UNI-Dome encore 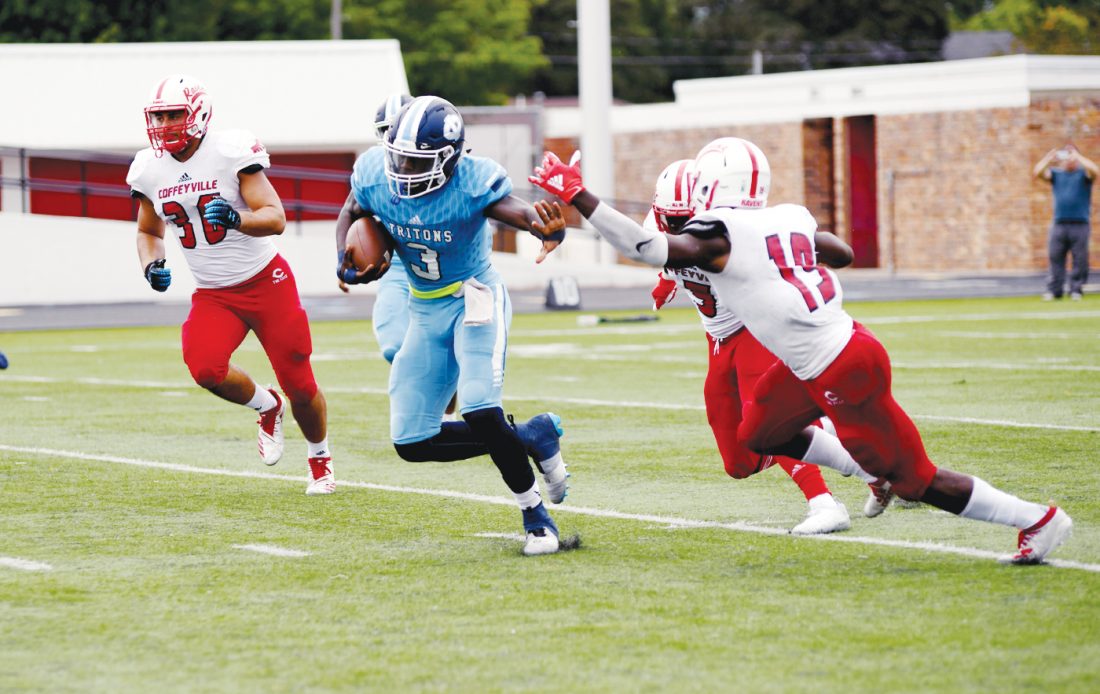 CEDAR FALLS — The Graphic Edge Bowl has been very good to Iowa Central football over the years.

The Tritons will look to make it nine consecutive postseason wins in this game here on Sunday when they face No. 19 Nassau.

Kickoff is set for 3 p.m. in the feature game after fourth-ranked Iowa Western meets No. 8 Hinds at 11 a.m.

Dating back to 2005, Iowa Central (6-6 overall) has won eight Graphic Edge Bowls in a row, including a 34-20 victory over Monroe last year. During that stretch, the Tritons have knocked off a higher-rated team three times.

It has been an up-and-down season season for Jesse Montalto, as injuries have kept Iowa Central from being at full strength for several weeks. With a month off between games, Montalto is hoping to have many key players back.

Quarterback DJ Irons, who missed the season finale, has been cleared to return to the field. Irons was named the offensive player of the year in the ICCAC after leading the nation with a 191.1 QB rating.

Irons has completed 63 percent of his passes for 1,724 yards with an 18-to-3 touchdown-to-interception ratio.

“This game is very exciting for me because I’m at the college level about ready to go to war with my teammates, win a bowl game and get a ring,” Irons said. “Playing in this bowl game is especially important (considering the) the history of the school, and it’s also my first time playing inside a dome so I’m excited for that.”

Kurt Taylor has rushed for just under 700 yards with four scores, while Jadon Washington has come on in the final weeks to rush for 217 yards and a TD.

At receiver, Tanarious Achan leads the team with 50 receptions for 745 yards and nine TDs, with Rashad Witty, Terrell Carey, Jason Young and Christian Ford all standing out at moments.

On defense, Daquan Cross anchors the unit with 79 tackles including six stops for loss. Nathan Proctor and Marquis Burks each have four sacks and seven tackles for loss.

“We are pretty excited to get a chance to go out there again to play for and with each other,” Burks said. “It’s really a big blessing to get to suit up again. There are so many teams who wish they were where we are.”

Iowa Central and Nassau (7-3) share one common opponent from this season in the College of DuPage. The Tritons downed DuPage, 50-36, while the Lions picked up a 37-34 victory.

During the regular season, Iowa Central played five teams ranked in the Top-10 to end the year and two more from the Top-20.

Leading the way for the Lions this year is quarterback Stephen Sanchez, as the freshman has thrown for 1,874 yards with 22 touchdowns. He is fourth in the nation at 264.5 yards per game and fifth in passing TDs.

Joshua Okechukwu leads the team with seven receiving touchdowns, while Jaelin Hood has a team-high 605 yards. Both Hood and Maurice Teachey Jr. have six scores.

In 2004, Nassau played Ellsworth in The Graphic Edge Bowl, falling 25-13. They won the 2010 non-scholarship national title and played Mississippi Delta for the 1993 NJCAA national championship, falling 20-16.

The Lions won four of their last five down the stretch, falling only to Lackawanna, which fell in the national title game this past Thursday night to Mississippi Gulf Coast, 24-13.

ICCAC teams have won 15 of the past 16 bowl games played as part of The Graphic Edge Bowl series.