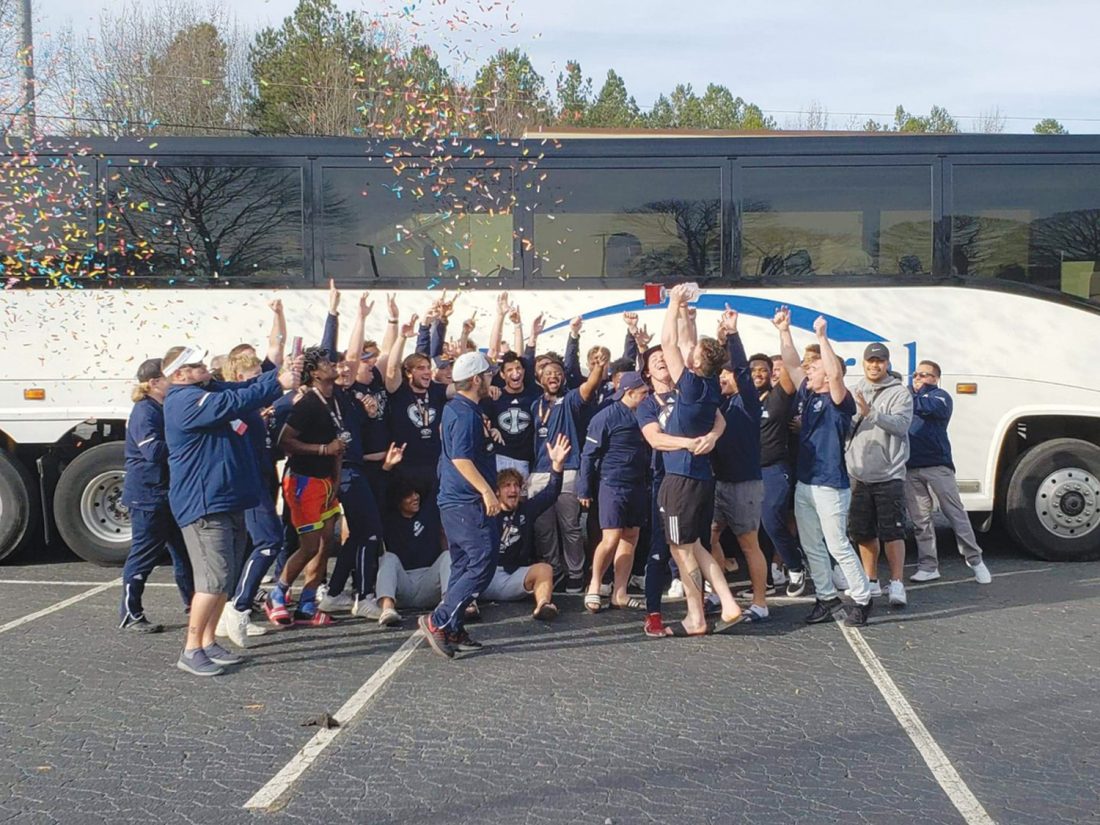 CHARLOTTE, N.C. — Brent Nelson has built the Iowa Central rugby program from the ground up and five years later it has come full circle.

The Tritons claimed the DIAA national championship on Sunday with a 34-21 win over Western Michigan.

“I’m so proud of them for what they accomplished,” Nelson said. “Having been an athlete at one point, I remember what it was like to be that age and having everything in front of you — I never tasted what they tasted (Sunday). All the late nights, long hours and road trips.

“The little things that you have to do to make a program work — it’s all worth it.”

2015 was the first year of Triton rugby. Nelson had one recruit and built the rest of the team on campus. The Tritons won the small school championship two years later.

Iowa Central had a tough road this season, as they were forced to move up a division midway through the year, but capped it off with the national title.

“They’ve been put through a lot politically and we got behind them as coaches and pushed them,” Nelson said. “They got down here and took care of business on the field.”

Elijah Hayes, Gregor Gourlay, Rhys Smith and Alec Johnson all scored trys for the Tritons. Smith was 4-for-6 on penalty kicks and the Tritons were 2-for-4 on conversions.

“We brought in a lot of kids and there is a tendency to split,” Nelson said. “We had some struggles early, but after that we came together and got through it, just like any other family. They came together for one common goal and that’s what gets you through the rough patches.

“Coach (Kevin) Twait (Iowa Central athletic director) talks about being better husbands, sons and fathers and give these young kids the opportunity to grow as young men. They’ve been involved in the community and it’s so important with the growth. Fort Dodge has come into its own and gotten behind rugby and they’ve been supportive of us, so we love to give a little bit back — it’s so worth it.”

Nelson believes that it takes a strong structure and baking to build a championship team.

“I want to thank our two year players for sticking together and being great leaders and human beings,” Nelson said. “Their leadership has brought the team together and put the young kinds on their back. They’ve stepped up in leadership roles and these freshmen will be there to do it again next year.

“I couldn’t have done this without our coaching staff. Our volunteer coaches spent their own money to fly out because they feel the sense of family and that is part of our culture for our rugby program. It is also important to have Iowa Central behind this program and the administration has been with us sense day one.”