Humboldt’s Heinz to become a Hawkeye 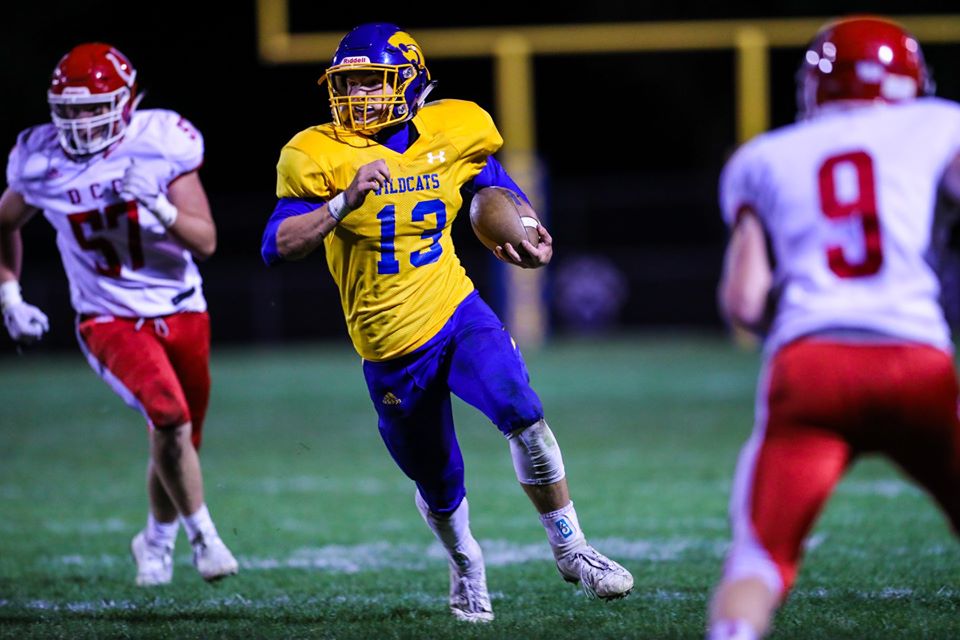 —Photo by Rick Thompson Humboldt’s Jamison Heinz will continue his football career with the University of Iowa in the fall.

HUMBOLDT — Jamison Heinz fits the mold for what the University of Iowa football team looks for when recruiting in-state players.

Heinz, a senior multi-sport athlete for Humboldt, will continue his playing career with the Hawkeyes in the fall.

“I’ve been a Hawkeye fan my entire life,” Heinz said. “I had a grandpa that received his degree in Physical Therapy at Iowa. He had season tickets for decades, so I’ve just grown up with it.

“Mostly, though, Iowa has a great coaching staff and I’ve always wanted to compete with and against the best. I can do that at Iowa.”

This past fall, Heinz ran for 1,134 yards and scored 13 touchdowns for the Wildcats. He also racked up 62.5 tackles on defense with two interceptions. On special teams, Heinz averaged 32 yards per punt, almost 27 yards per kickoff return and 11 yards per punt return with two total TDs.

As a junior, Heinz played a variety of positions on offense for the Wildcats, seeing time at quarterback, running back and wide receiver. His sophomore season, he caught 28 passes for 525 yards and eight scores.

A four-year regular on the football field, Heinz is also coming off a basketball season in which he averaged 12 points per game for Humboldt while leading the team in assists and steals.

“Over the past couple of years, it became apparent that college football was in my future,” Heinz said. “I love basketball too, but I think college football makes more sense for me. I’ve had quite a few smaller schools interested along with a few Div. II and the in-state Div. I schools.”

Heinz has also excelled in track and field for Humboldt, placing second in the long jump and earning two other medals last year.

The Hawkeyes have reached into the Wildcat program for several years, as Brady Ross is a current senior on the team and starter at fullback. Austin Schulte, a junior from Pella is first cousins to Heinz.

“It will be fun to have him as a teammate,” Heinz said. “I fully expect to be redshirted next year and doing whatever I can in practice to make myself and the team better.

“Personally, I definitely need to get stronger. I’m really looking forward to it. It’s a really great opportunity to play with and against the best in college football. I feel very blessed.”

Heinz also thanked his current and future coaches, saying “Coach (Greg) Thomas, Coach (Derrick) Elman and all of my coaches here at Humboldt, including people on the strength staff like Coach Jessie Petersen and Trevor Dieleman.