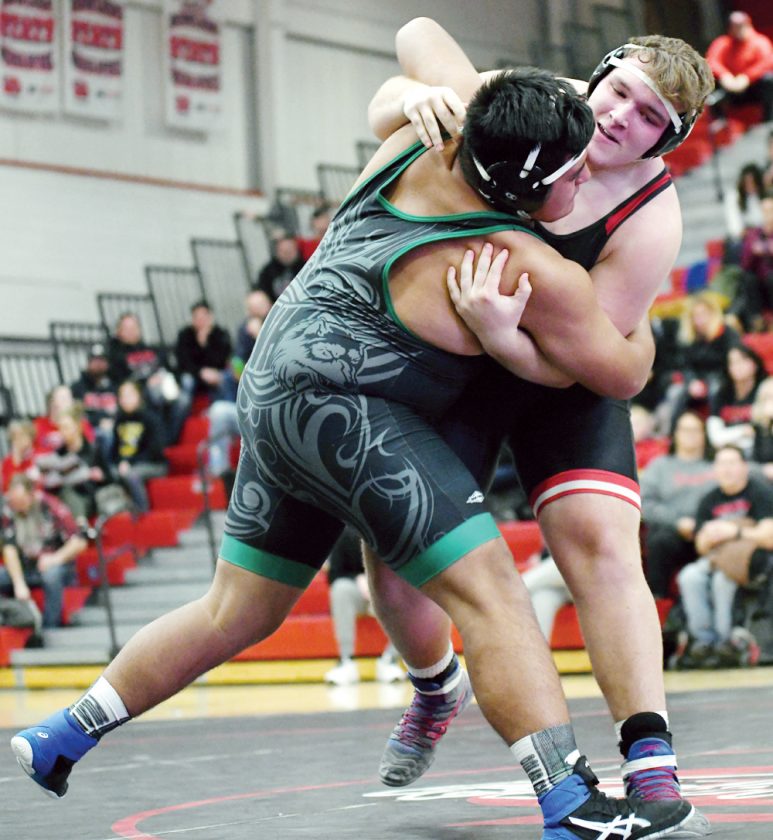 Fort Dodge’s senior wrestling class has been a part of three state trophy teams, and on Thursday, the group of 12 wrestlers were honored in the Dodger gym.

The third-ranked Dodgers (2-0 overall) earned an 80-0 over Des Moines North/Hoover.

“This is one of the biggest and best senior groups we’ve had top to bottom,” said Fort Dodge head coach Bobby Thompson. “We’ve had strong classes in small increments, but this group is a big one.

“They came out and wrestled well and got big bonus wins.”

With a limited lineup, North/Hoover sent only seven wrestlers to the mat. Fort Dodge claimed five wins by fall, one by tech fall and another by decision.

Taylor, ranked second, picked up a fall in 46 seconds over Parker Jones for 89th career victory.

Munter pinned Orlando Fuentes in 4:56, and Mills recorded a 16-0 technical fall in 2:11 over William Oldes.

Caldwell was competing in his first varsity match, taking the place of fourth-ranked senior regular Brooks Cowell, who is fighting through an injury.

“Caleb did a great job in his first varsity match,” Thompson said. “He competed well and picked up a fall.”

No. 5 junior Lane Cowell logged an 11-6 decision over Aime Mukiza in a fast-paced match.

Ayala’s victory was the 95th of his career.

The Dodgers head to Council Bluffs for a two-day tournament beginning Friday. The event includes 40 teams, 19 of which are ranked.

“This is a huge tournament for us,” Thompson said. “We are a little banged up, but I love the way our schedule tests us.

“We will be battle-tested (by February). I like the set up, because it forces our guys to keep their weight controlled and stay conditioned.”