Dodgers 3rd with 8 in gold bracket 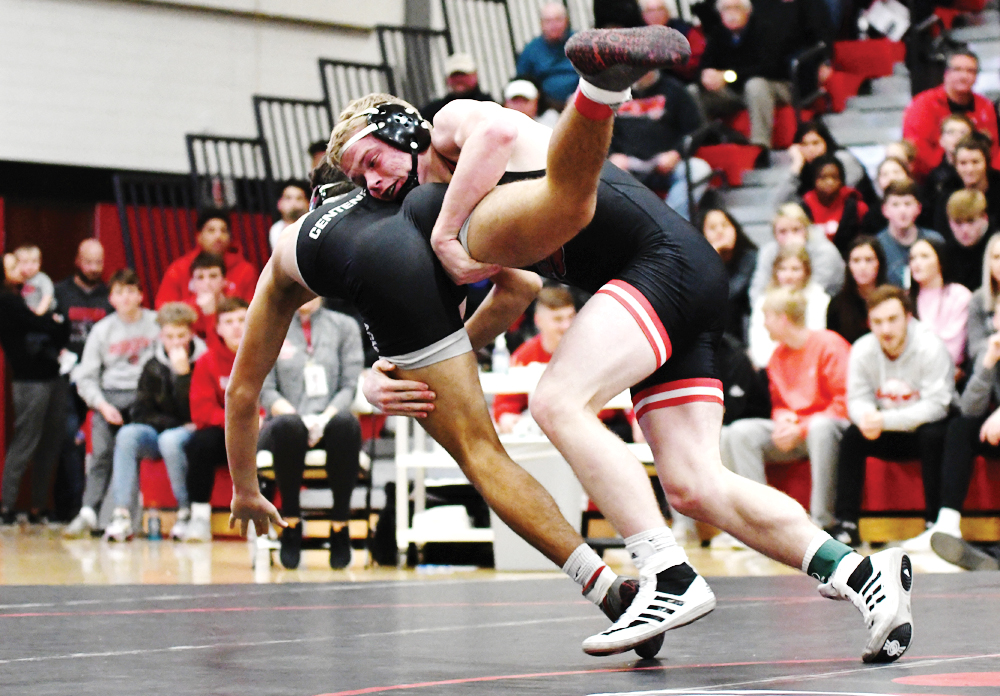 INDEPENDENCE — The third-ranked (Class 3A) Fort Dodge wrestling squad knew they were in for a reality check of sorts this weekend at the Cliff Keen Independence Invitational.

Head coach Bobby Thompson wouldn’t have it any other way.

The Dodgers advanced eight into the gold-medal bracket at their respective weights and scored 156 points, which has them in third place overall behind No. 2 (Class 1A) Lisbon (206) and Class AA No. 1 Simley High of Minnesota (179).

“I think that competing on back-to-back-to-back days like we’re about to do exposes you a little,” Thompson said. “And in early December, that’s a good thing. You can talk about it all you want, but until you physically and mentally go through a challenging stretch like this, it doesn’t always resonate with the kids.

“This is an incredibly tough field, and we’re going to see its teeth even more on Saturday. But that’s why we’re here: to push ourselves against elite competition. You find out some of your training habits and your conditioning simply aren’t where they need to be yet. It’s definitely a wake-up call.”

Ayala, Phillips, Wheat, Lee and Egli all won three times, while Taylor was 2-0 with a bye and Lane Cowell 1-0 with two byes.

The top effort of the day, according to Thompson, may have been Mills. The senior reeled off three consecutive victories, including two pins and an upset 6-3 decision over sixth-rated Johnny Washburn of Cedar Rapids Prairie.

“Brandon beat the No. 5 seed in Washburn, who is a solid wrestler,” Thompson said. “Brandon had a really strong day. He competed. He’s got a really tough match right out of the chute (on Saturday), but he put himself in that position with a strong performance (on Friday).

“Drake is the No. 1 seed at 120 and Carson is second at 126. They did what we needed them to do. We were hoping to have nine or so (undefeated on day one), but Brooks (Cowell) dropped a close match at 132 that we felt he should have gotten through. I think we wrestled fairly well overall, but we’re headed into deep water on Saturday.”

Phillips will square off with the nation’s top-rated 138-pounder in Ryan Sokol of Simley for his first match on Saturday.

“He’ll have Sokol, then either (Cael) Happel (of Lisbon) or (Caleb) Rathjen (of Ankeny), who are both ranked nationally also,” Thompson said. “But that’s what this tournament is all about. There is a wealth of deep talent at almost every weight.”

From the area, Clarion-Goldfield/Dows is 15th and Algona is 16th after the opening day of competition.

THE TIP: The St. Edmond girls begin a five-game road trek Monday night at Paton-Churdan. Tip is set for 7:45 p.m. ...