Tritons to face Nassau in bowl 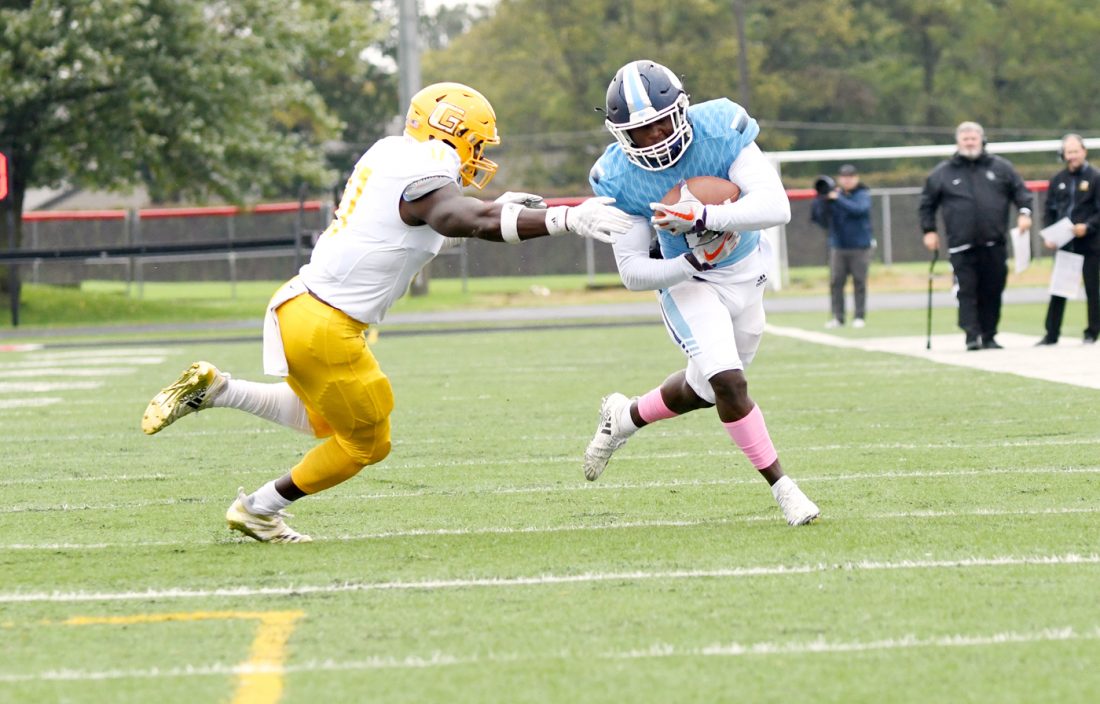 Messenger photo by Britt Kudla Rashad Witty of Iowa Central gains a first down inside Dodger Stadium during the regular season.

CEDAR FALLS — For the second straight season, the Iowa Central football team will conclude their year with an opponent from New York.

In the other bowl matchup set for the same day, fourth-ranked Iowa Western and No. 8 Hinds square off. Iowa Central claimed the ICCAC regular season title with a victory over the Reivers earlier this year.

The NJCAA also announced that the Midwest Classic Bowl will feature No. 7 Butler vs. 13th-ranked Trinity Valley, College of DuPage hosts Itasca in the Red Grange Bowl and third-ranked Hutchinson takes on No. 18 Monroe in the Salt City Bowl.

Iowa Central has faced Butler, DuPage and Hutchinson this year, while they defeated Monroe last year in The Graphic Edge Bowl.

No. 1 Mississippi Gulf Coast puts its 15-game win streak on the line vs. second-ranked Lackawanna for the national title. Lackawanna has won its last 22 games overall.

Nassau will bring a pass-first offense to the UNI-Dome led by quarterback Stephen Sanchez. The freshman has completed 55 percent of his passes for 2,116 yards and 24 touchdowns.

Maurice Teachey Jr., Joshua Okechukwu and Jaelin Hood all have over 40 receptions and 440 yards this year.

For Iowa Central, they will be hoping to get quarterback DJ Irons back. Irons missed the regular season finale vs. Hutchinson due to a concussion.

Irons leads the nation with a 191.1 quarterback rating, throwing for 1,724 yards and 18 touchdowns with just three interceptions.