Triton women in period of transition 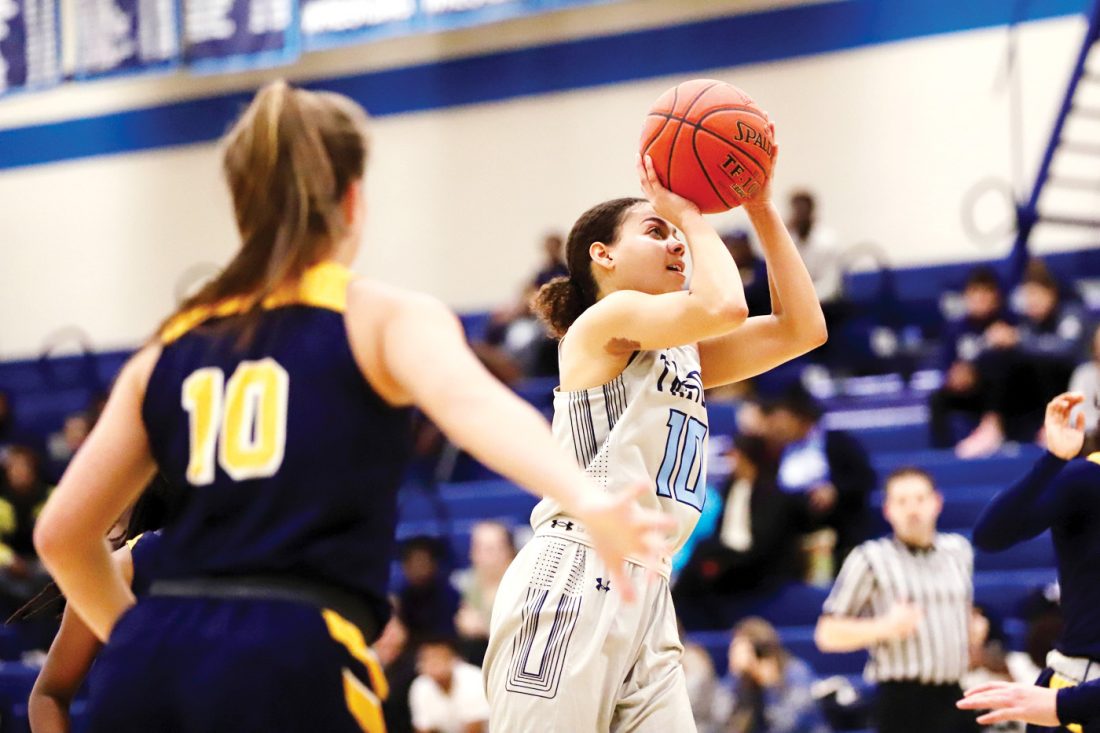 Photo by Paul DeCoursey Justice Crooks is back for Iowa Central this year. Crooks is a Fort Dodge Senior High graduate.

Kelly Kruger is doing his best to take it slow this year as head coach of the Iowa Central women’s basketball team.

Kruger, entering his fourth season with the Tritons and 34th overall as a coach, has just three sophomores on his initial roster for the coming year.

Iowa Central lost sophomore Jessica Jackson to a knee injury in the preseason. Jackson posted 95 points and 89 rebounds a season ago in 25 games.

“We’ve had a pretty good fall, just trying to slowly take steps in the right direction,” Kruger said. “Right now, the focus is on developing some depth, trying to figure out what rotations and lineups work the best, and just fine-tuning things both individually and as a team.”

The Tritons went 18-13 last year and advanced to the semifinals of regional play, but that group was sophomore-heavy with the likes of Shariah Smith, Avery Terwilliger, Brittany West, Kira Ward and Tierra Itula.

Crooks, beginning her third season at Iowa Central after suffering an injury and taking a redshirt two years ago, averaged just under seven points a night last winter. She also posted three rebounds and two assists per game.

In the 2017-18 season, Cross averaged nine points, 5.5 boards and two assists per contest for the Tritons. She started 23 of 25 games that season and shot 51 percent from the field.

“We are definitely a really new group,” Kruger said. “It has forced us as coaches to be more understanding to the fact that it is going to take some time. We’ve had positives in scrimmages and the kids are moving in the right direction, but we have to stay with the process.”

Along with the play of the three sophomores, Kruger noted that freshmen Isabell West, Anni Cummings, Auriyah Stewart and Jhordyn Chalmers have been settling in during the preseason.

Bell is the younger sister of Brittany West, who left her mark on the Iowa Central program and is currently at William Penn University.

“The newcomers have done a nice job,” Kruger said. “With our schedule, we have a busy November that will get us ready for two league games to start December.

“I see us using those first 11 games to get ready for those two league games, having a couple games after that followed by the break before we settle in for the long haul.”

Kruger will once again be assisted by Sabah Dickerson.