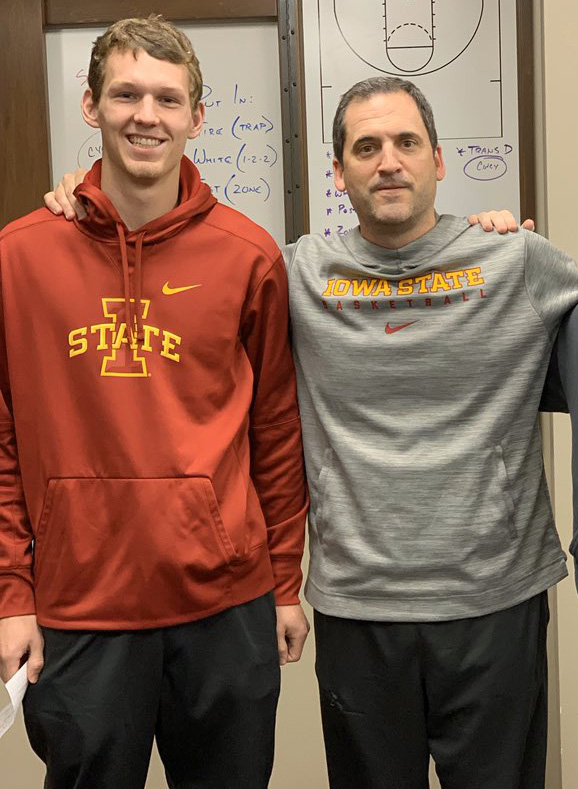 AMES — Jared Birks was able to showcase the skills he honed growing up in Lytton in front of a packed Hilton Coliseum recently.

Birks, a South Central Calhoun graduate and current freshman at Iowa State University, was selected a special halftime shooting performance. He ended up winning $1,600 for his efforts.

“I had never been on Hilton’s floor before so it was super cool to look around and see it from a different perspective,” Birks said. “I was actually a little nervous because there are thousands of people watching.”

The game was the season opener for the Cyclones, as they downed Mississippi Valley State, 110-74. The attendance that night was announced at 13,711.

“He was super cool,” Birks said. “The money (for the event) comes right out of his pocket. I had to start from the NBA 3-point line and if I made it, I would have won $2,500. As soon as the ball hit the rim, the money slowly started going down over time so I had to chase down my rebound and shoot it from that spot until I made it.”

As a senior, Birks averaged 12 points per game for the Titans, shooting 51 percent from the field. He was multi-sport standout at SCC.

He did miss all four of his high school-range 3-point attempts, but grabbed 182 rebounds — including 64 on the offensive glass.