Dutch, Wartburg both advance in D3 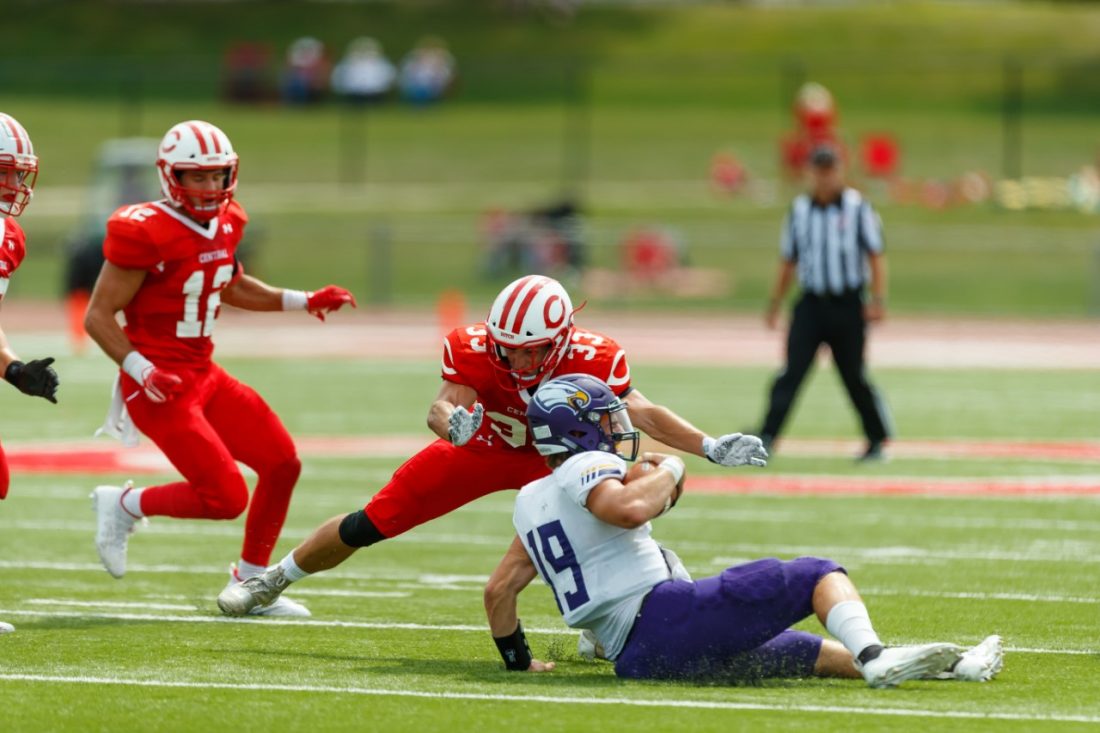 PELLA – In a game highlighted by an incredible offensive rally, it was the Central College defense that made the biggest play.

The Dutch earned a thrilling 38-37 overtime over against Wisconsin-Oshkosh in the first round of the NCAA Div. III Playoffs Saturday, storming back from a 31-7 halftime deficit.

Central (10-1 overall), ranked 23rd in the nation, will now meet No. 3 Wheaton out of Illinois Saturday in the second round.

Tate O’Tool, a senior co-captain and former St. Edmond all-stater, was part of a defense that stopped Wisconsin-Oshkosh’s potential game-winning two-point conversion attempt in overtime. O’Tool recorded 14 tackles in the game, including 1.5 for loss.

The Dutch held the Titans to just 97 yards of total offense over the final two quarters after surrendering almost 300 in the opening half.

“We were very excited to pull out a win, especially after coming back from being down 31-7,” O’Tool said. “It has been very rewarding as a team and as an individual. We have put a lot of work into this program and to see it paying off is a tremendous feeling.”

During the regular season, Central allowed a 35-point lead to evaporate before converting a two-point conversion in a 57-56 overtime over vs. Wartburg to earn the American Rivers Conference automatic qualifier spot in the playoffs.

Central quarterback Blaine Hawkins threw for 265 yards and four touchdowns, adding another 36 yards on the ground. Jason Hopp ran for 75 yards and Erik Knaack had six catches for 103 yards and three touchdowns.

“The team worked hard and took practice one day at a time to prepare,” O’Tool said. “We are going to enjoy the win and come back ready to work hard and prepare for Wheaton.”

O’Tool has recorded 83 tackles on the season, including 38 solo stops and 7.5 tackles for loss.

Central is in the playoffs for the first time in 10 years and this marked the first postseason win for the school since 2007.

Wartburg, which earned an at-large bid to the playoffs, advanced to the second round with a 41-3 victory over Hope in Michigan. The Knights (10-1) will face Wisconsin-Whitewater next.

Isaac Lursen, a sophomore for Wartburg and a former St. Edmond all-stater, had a sack on defense.