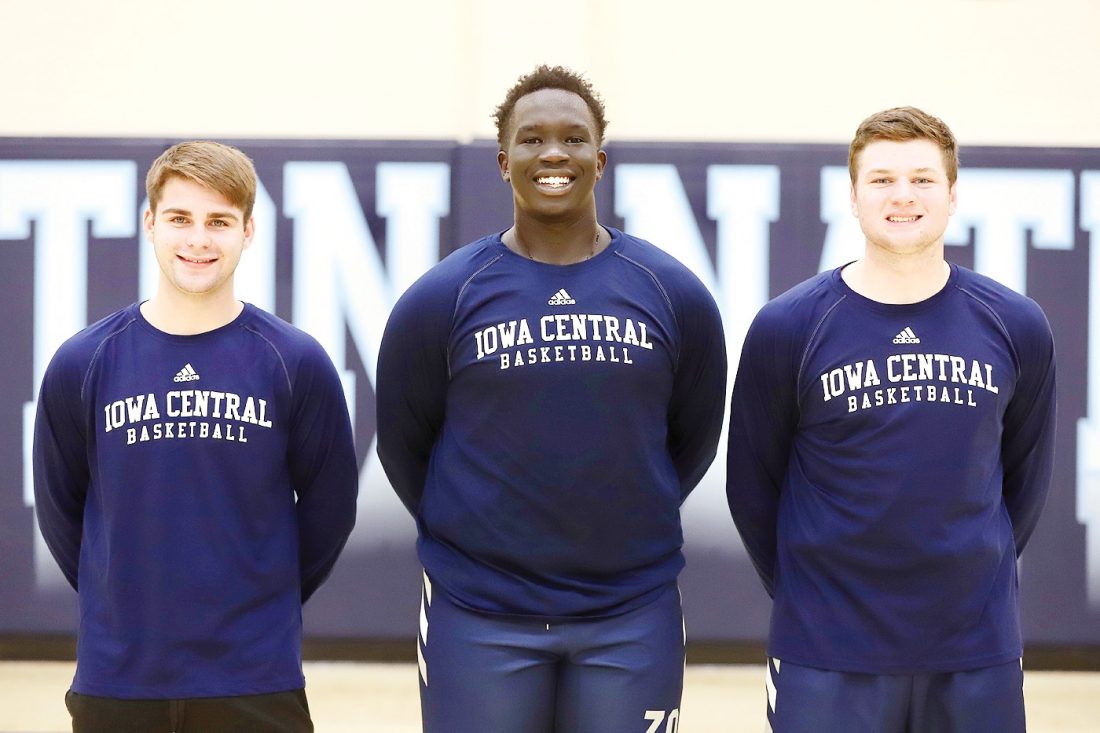 The Chad Helle era begins at Iowa Central with a completely new roster for the Triton men’s basketball program.

Helle, the long-time assistant for legendary head coach Dennis Pilcher, slides one chair over this season and into the role of program leader.

“It’s been good,” Helle said. “It’s just a little bit different being the head coach, but with all these guys being new this year, I think that has made the adjustment easier.

“All of them only know me as the head coach. None of them had me last season as an assistant, so nobody is trying to prove a point or that they deserve more playing time compared to a year ago.”

Two sophomores are on the 15-deep roster, but both are incoming transfers in Jeremy Kambomba and Marquis Henry.

“Andrew has one of the best work ethics I have seen from a kid in a long time,” Helle said. “You can count on Andrew to give his best every single day. Where he may lack in some athletic ability compared to others at this level, he more than makes up for in his drive to get better.

“He was a scorer in high school, and we are going to ask him to do that here as well. I’ve also been impressed with his improvements on the defensive end of the floor. Andrew is definitely going to be a key piece to what we hope to do.”

Henry and Gibb, along with freshmen Arthur Weston Jr., Javonte Keck and Ayris Abdelnassar, provide an early base to work with for Helle.

“I think those five give us a little bit of everything,” he said. “Marquis and Andrew are two of our best shooters, Arthur is a spit-fire of a point guard and does a good job of taking care of the basketball.

“Ayris is a down-hill guy who has really improved his shooting and Javonte gives us a little bit of size. He can also stretch opposing defenses by playing outside.”

Keck was one of the leading scorers at Sioux City East last year, helping the team reach the state tournament. He also led East in rebounding, including 77 on the offensive glass.

Waukee’s Dante Jenkins-Kinnetz paced his team in scoring during the third-place game at state last year in Class 4A with 19 points. Nathan Martinek was the second-leading scorer at Crestwood, and also paced the team in assists last year.

Since arriving on campus in August, Helle has been impressed with the team bonding and chemistry from this group.

“They all have such a love, passion and desire for basketball,” he said. “They hold themselves and each other accountable. You can really sense a pride in each one not wanting to let their teammate down.

“I really didn’t have to preach chemistry with them, because they just got it themselves from day one.”