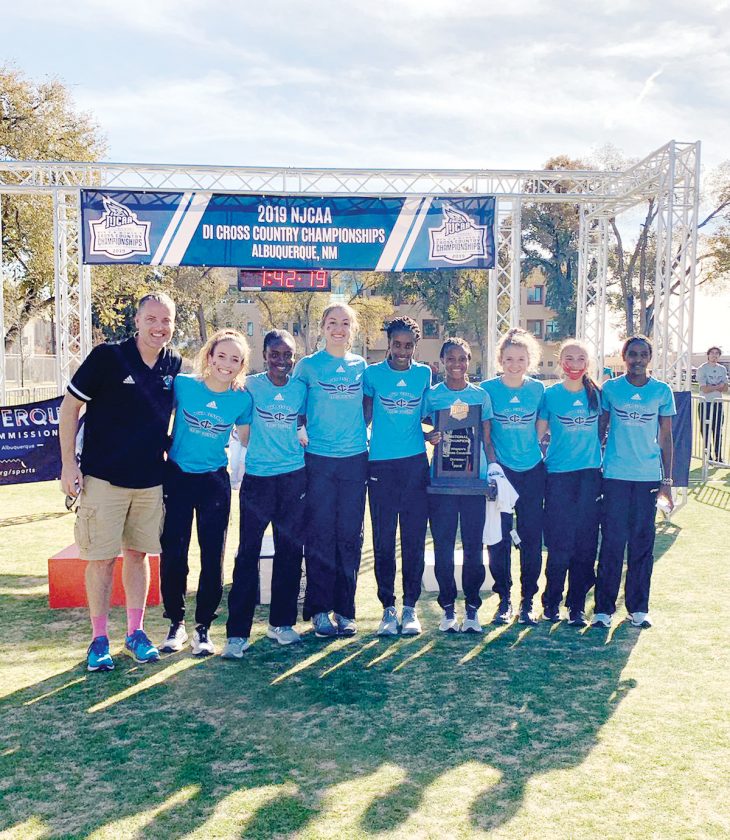 Three Triton runners finished in the top seven, as the program maintained their national stronghold in the sport.

“We knew if the women approached the race like any other race we would be successful in reaching our goal,” ICCC director of track and field and cross country Dee Brown said. “We didn’t have any additional strategy except to stay conservative in the first mile. We haven’t raced at altitude and we didn’t want to go into oxygen debt so early in the race.

“Had we sent Winrose out hard with the leaders I feel she could have challenged for the individual title. Winrose is a gem and she understood it wasn’t about how fast she could race but how fast she and her teammates could race together. After the race was over, she said to me, ‘I didn’t run fast, but we ran fast.’ That was exactly right. Our girls are team players and they understand sacrificing a little of themselves for the bigger goal.”

This was the second time the Triton women have earned three consecutive national championships, as they did it from 2011-13 as well.

Overall, Iowa Central has now captured eight national titles and finished in the Top-5 each of the past 13 seasons.

Along with Chesang, Curtabbi and Uwajeneza, Lilian Busienei was 11th, Rosalie Fish was 35th, Lilia Alvarez finished 39th and MacKenzie Gaherty was 54th.

“Our Top-4 girls moved up into the Top-10 after the first mile and made a great run at it,” Brown said. “Even more impressive was how our next three women ran. Our two freshmen, Lilia and Rosalie, pushed each other back and forth throughout the race, while MacKenzie started towards the back half of the race and moved up to 54th.

“Overall it was a very impressive and dominant performance for these ladies. They ran with true Triton Pride, earning our second three-peat.”

Chesang, Curtabbi, Uwajeneza and Busienei all earned USTFCCCA NJCAA Div. I All-American honors by placing in the Top-15.

On the men’s side, Iowa Central placed third overall, as Cloud County was the team champion and El Paso finished in second. Wesley Banguria of Colby was the individual race winner.

Iowa Central’s men have finished in the Top-3 each of the past seven seasons.

“All season long, I noticed a lot of parity among these men’s teams,” Brown said. “The Top-4 ranked teams remained that way. Cloud County opened the door for us a bit but El Paso really came out strong from the gun. Again, our men started a bit more relaxed during the first mile. We were probably in 10th place overall by the mile, so you can see how much ground they made up over the course of the next four miles.

“They moved through the congestion fairly well, coming up short of our goal, yet running well. It is easy to be disappointed when your goal is to win a national title every time out, however I am proud of how they raced their last 8k together. We will be satisfied with third knowing we did our best and come back stronger and hungrier in the track season and again next fall.”

Chesang, Yohannes and Brown were all honored by the USTFCCA as Midwest Region Athletes and Coach of the Year.