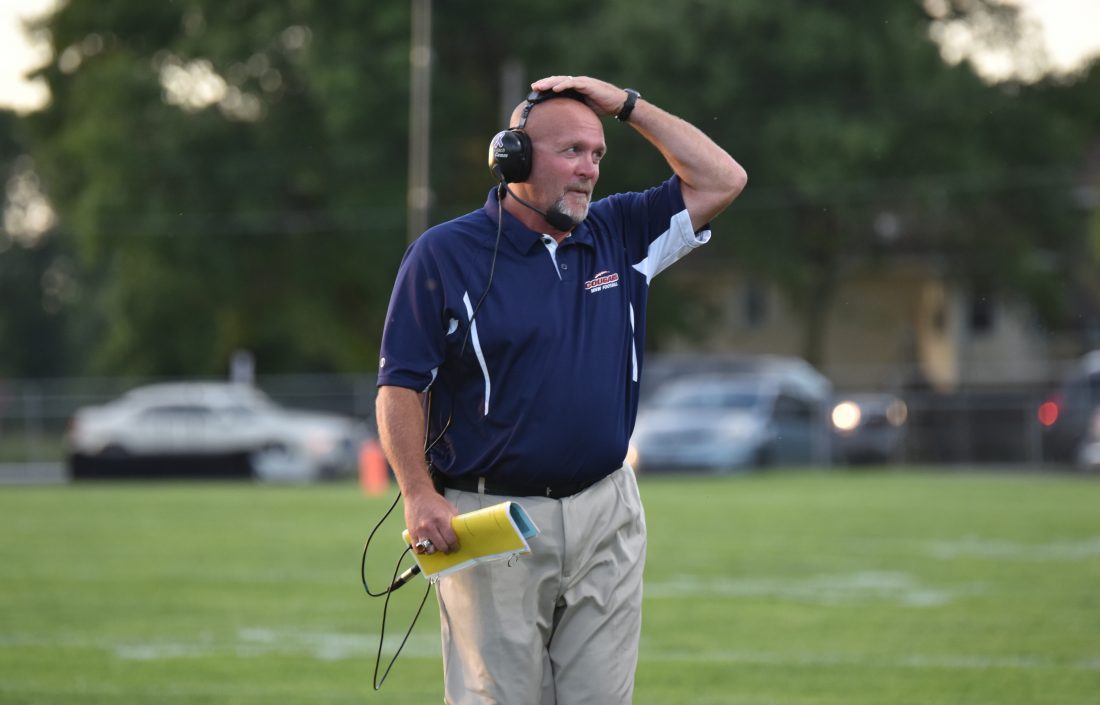 MANSON — Jeff Anliker admits there is going to be a void that needs to be filled come next fall.

Anliker announced his retirement as head football coach at Manson Northwest Webster during a recent team banquet, ending his 16-year run in that role.

He plans to continue coaching the Cougar track and field team this spring before stepping away from that sports as well.

“It was tough,” Anliker said. “I had to have what I wanted to say written up because I knew I wouldn’t be able to get through it.”

Manson Northwest Webster finished this past season strong, winning its final two games including a 36-0 victory over St. Edmond to conclude at 3-6.

Anliker previously coached the Gaels for a handful of seasons along with stops at Pomeroy-Palmer and LeMars Gehlen. In all, he won 82 games, including 63 at MNW.

In track, the Cougars were crowned state champions twice, special memories — but not the most important ones — for Anliker.

“It was about the kids,” he said. “Yeah, winning state track was really cool, but the practices, being around the kids, preaching what was important to our program; those were the things that were changing and I really don’t want to be part of that.

Anliker admitted that he could “take whatever complaints people had about my coaching, but when it started being attacks on the kids, that was too much.”

“Every coach is worried about their win-loss record, and I was for the first five years. After that, you realize it’s about so much more than wins and losses.”

A former West Bend-Mallard player and graduate of Westmar College, Anliker pointed to many of his former and current coaches as key influences in his career.

“We wanted the kids to work hard, be accountable, be good teammates and accept consequences when they made mistakes,” he said. “That’s always been our focal point. Somewhere along the line, that has gotten lost — especially on adults.”

Anliker was able to coach his son, Austin, through his high school career, along with several players that went on to compete at higher levels.

“Watching those kids move on and still play football, that was rewarding,” he said. “But just in general, the relationships with the kids was the best part of it. Sure, they hated your guts at times during the season, but when you have them come back and thank you, that is the fun part.”