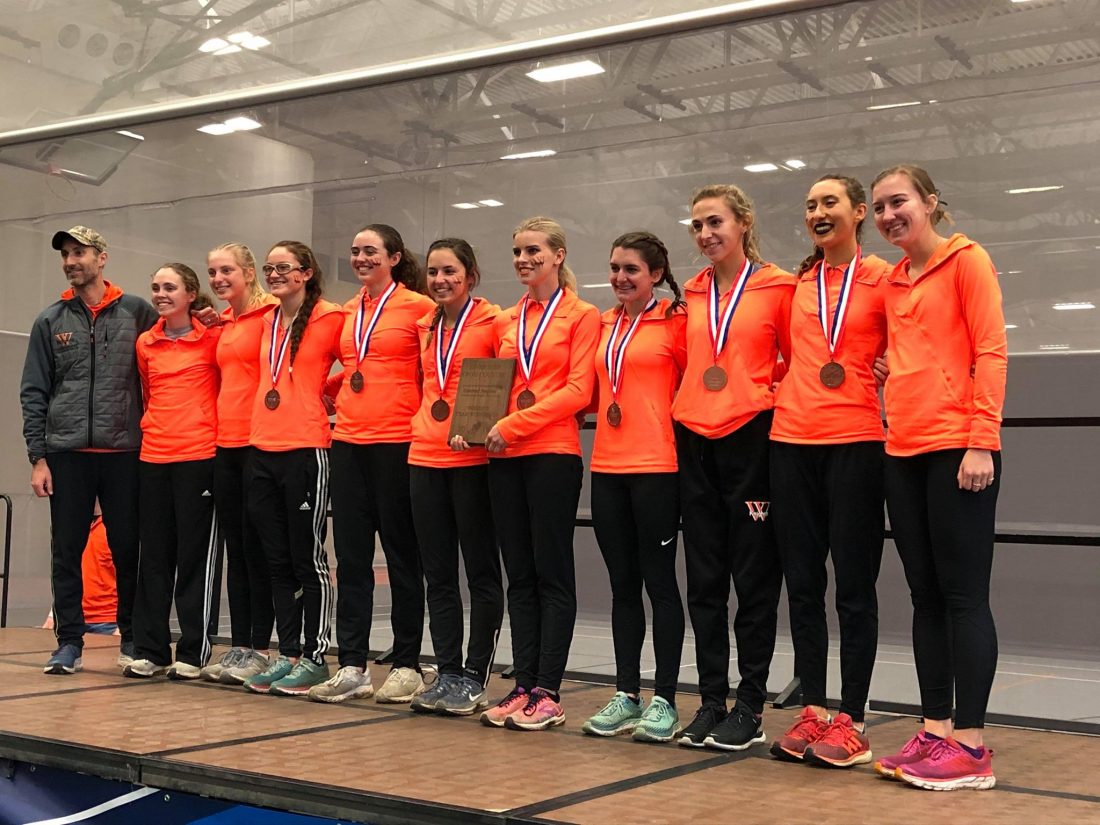 WAVERLY – Riley Mayer is headed to the NCAA Div. III Cross Country National Championships after helping Wartburg to a runner-up finish at regionals.

The Knights will compete Saturday in Louisville with the best of the best.

Mayer, a St. Edmond graduate and four-time state cross country runner, placed 26th overall. The sophomore finished in a time of 23:34, just over a second from cracking the Top-20.

No. 13 Wartburg was second overall to sixth-ranked Carleton College by just two points. The NCAA Central Region Championships were hosted by Wartburg and ran on the campus of the school.

All seven Knight runners, including Mayer, were named all-region by placing inside the Top-35.

“The regional meet was awesome,” Mayer said. “Our coach (Ryan Chapman) was really happy with how we executed the plan we had for the race. Each girl did their job. The automatic bid to nationals is something the girls team hadn’t done in quite some time.”

Mayer noticed a change in her development during her freshman track season after running for Wartburg during the cross country season.

“Last year, I was probably the 15th runner for Wartburg cross country and during track season is where I started to see some progress and potential to be running in the Top-7 the following year,” she said. “It’s easy to put yourself through pain in a race when you’re doing it for something bigger than yourself. That’s something that our team really focuses on.”

“This season has been awesome,” Mayer said. “The women’s team is the best it’s been probably ever. I’m surrounded with so many talented runners that inspire me to work hard everyday.”

Wartburg qualified for nationals a year ago, placing fifth. Spalding University will be the host for the meet.

“We’re excited to see what we can do and hungry to race Carleton again on such a high level,” Mayer said. “I’m really blessed to have this opportunity.”