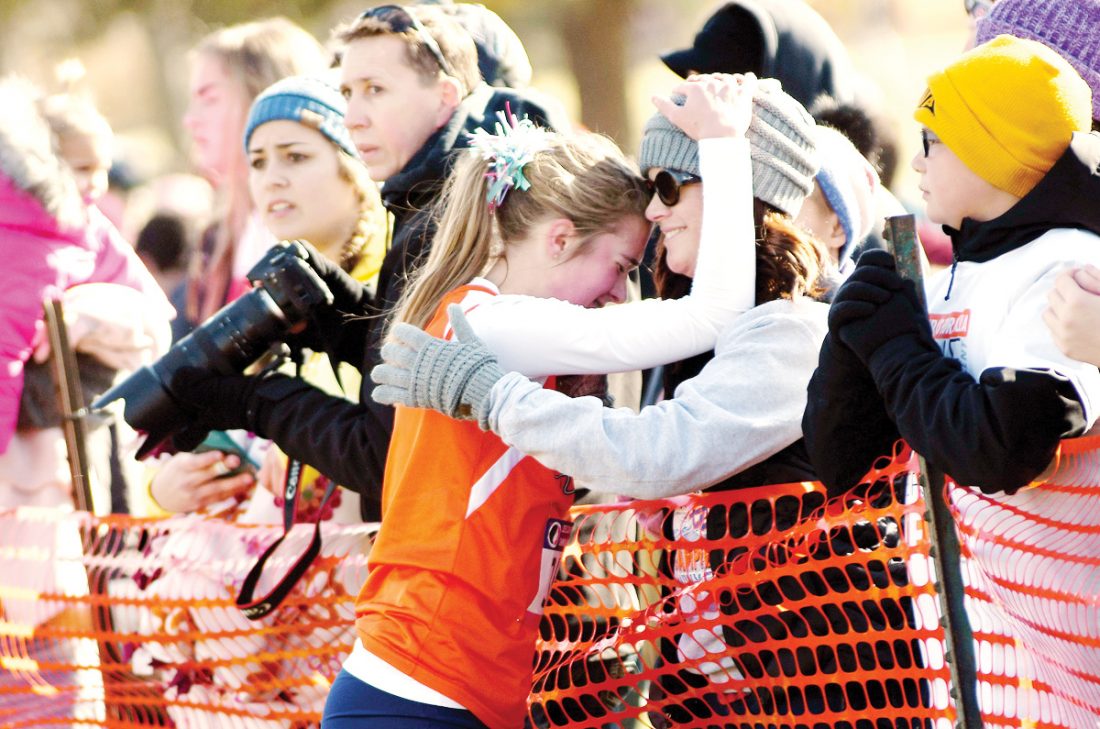 Maddie Moline washed away the pain from her 2018 state cross country experience.

Moline, a Manson Northwest Webster junior, finished ninth in the Class 1A race here Saturday at Lakeside Golf Course, recording a time of 19:48.2.

The Cougars were 11th overall as Logan-Magnolia finished first followed by Hudson and Avoca-AHSTW. Tri-Center’s Peyton Pogge was the race winner in 18:45.4.

Last season, Moline failed to finish her state race after placing 27th as a freshman. All of that motivated her to prepare for this year.

“It feels amazing,” she said. “Last year was really hard not finishing at state and having a hard year in track. This is just a good feeling of validation.

“It definitely motivated me and taught me how to prepare myself better. I knew going into this past summer how to train and be ready for the season.”

For the first time in school history, the Cougars were competing at state as a collective team. Preslie Oswald, a freshman, concluded her first year with a 26th place showing in 20:25.

“Having the whole team here was amazing,” Moline said. “Watching them grow and progress through this season has been my favorite thing ever. Nothing compares to watching them succeed.

“We also have some good freshmen coming up and I am hoping that more girls at Manson are looking at what we have done in cross country and want to try it and come out.”

“Having my teammates here to share this experience with me was a great feeling,” Moline said. “Preslie had a great race. She was ahead of me the first mile and really had a great season too.”

Humboldt senior Bryce Gidel concluded her high school cross country career by placing 36th in 3A with a time of 19:56.

Gidel, who has signed to run for the University of Iowa next year, placed twice in th Top-10. She was ninth last year after earning fifth as a sophomore.

Emmetsburg placed 14th in the 2A team race, which was won by Mid-Prairie behind race winner Marie Hostetler.