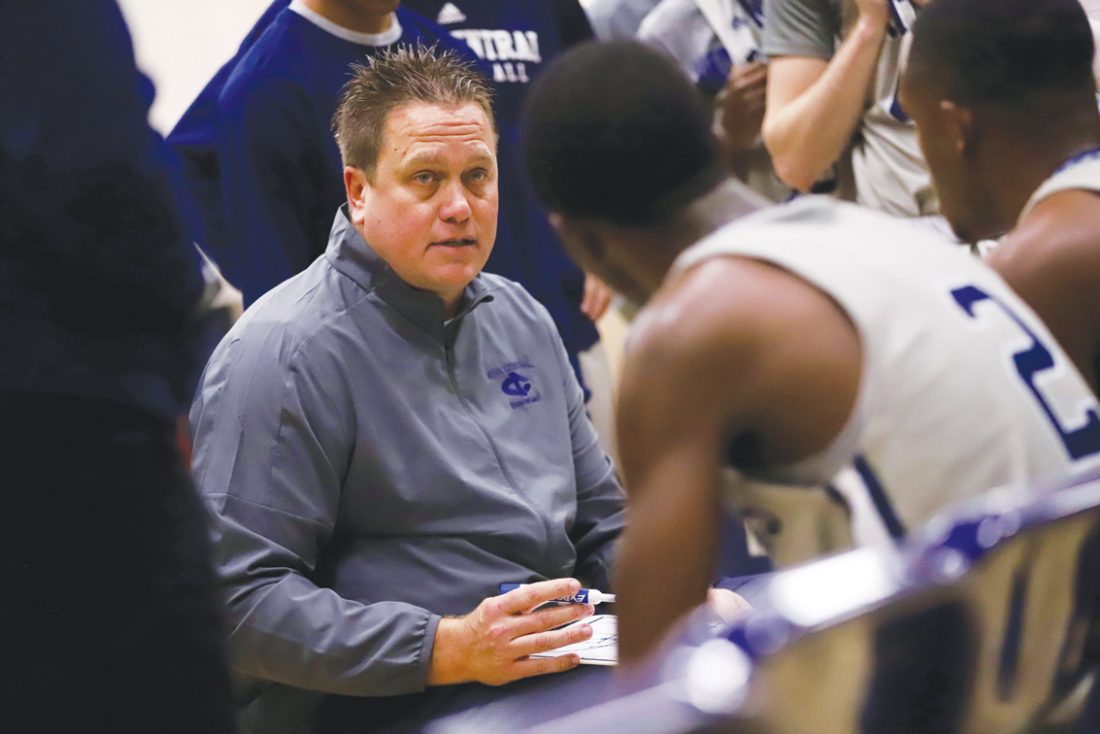 Chad Helle will definitely be remembering his first game as head coach of the Iowa Central men’s basketball program.

Helle, who took over for long-time leader Dennis Pilcher after this past season, saw his young Tritons pull out a 71-66 victory over the Mount Mercy JV here Sunday night inside Hodges Fieldhouse.

“It was definitely a little weird being in the role of head coach,” Helle said. “I’d coached several junior varsity games, but this was the varsity level and a big difference.

“It was good to get that first one, and really good for the kids. We’ve got a lot of youth that are still learning the difference between high school and college basketball.”

Ayris Abdelnassar chipped in nine points, five rebounds, two assists and a pair of free throws late to give Iowa Central a 69-66 lead.

“It’s a tough situation right now because I want to give them some control out there, but with all of them being new, I’ve got to do more play-by-play coaching too,” Helle said. “It’s great to have assistants like Blake (Peterson) and Ky (Kramer) to lean on, but at the same time, they are looking at me to make the decision and decide what we are going to do — just like the kids.”

After building a 61-47 lead late in the second half, the Tritons were unable to put Mount Mercy away. The Mustangs put up 40 three-pointers, hitting 14 of them.

“We’ve got to do a better job of closing teams out,” Helle said. “It’s different in college because everyone is good and no one is really going to just go away. They are going to keep coming until the end and we’ve got to be able to match it.”

Helle, though, was still happy to leave the gym with a victory in his first game as head coach.

Iowa Central returns to action Tuesday when they host Marshalltown at 7:30 p.m. back here.