Former Gaels to suit up in NCAA playoffs 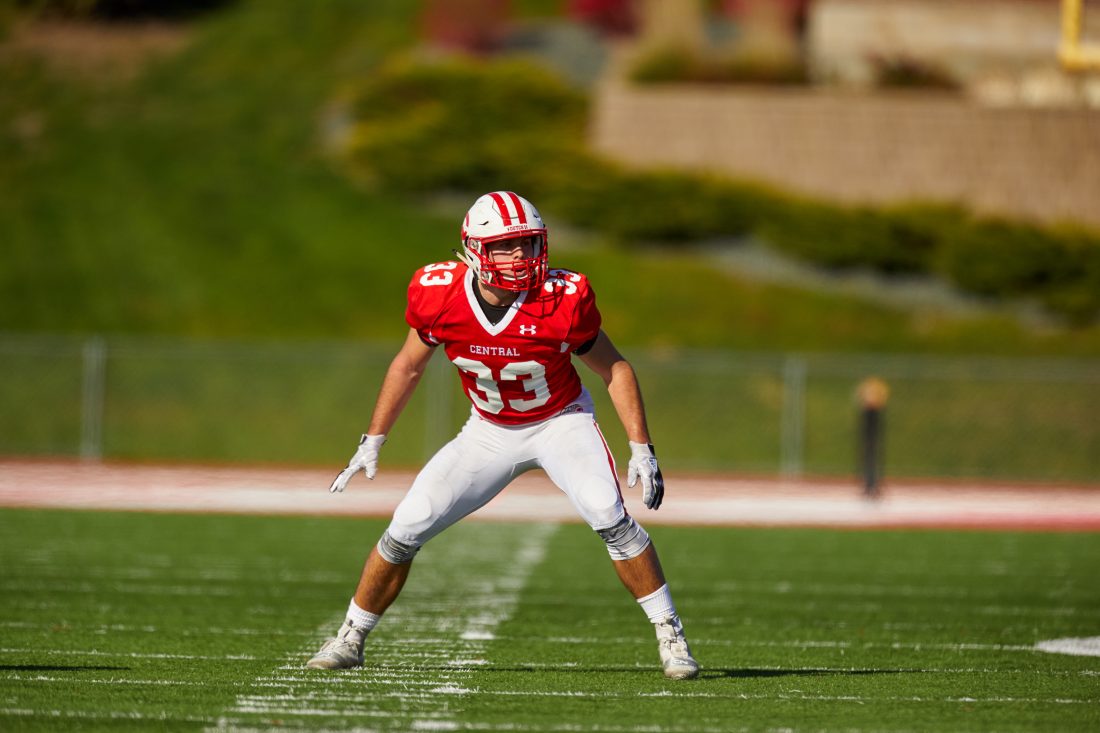 Central senior Tate O’Tool and the 23rd-ranked Dutch will face No. 21 Wisconsin-Oshkosh in Pella on Saturday, while 17th-rated Wartburg with sophomore Isaac Lursen travel to Hope in Holland, Mich. The two teams tied for the American Rivers Conference regular season title.

Central ended a 10-year hiatus from the postseason when they finished off a 9-1 season with a 31-21 victory over Coe. That came on the heels of a thrilling 57-56 overtime win over Wartburg the week prior.

The Dutch have qualified for the NCAA Div. III playoffs 21 times, the most in league history. The overtime win gave Central the automatic spot into the 32-team playoff field.

“We are confident going in and excited to have a home game with the home crowd there,” O’Tool said. “We are a family in terms of brotherhood. The team has great connections and relationships with everybody. We have been playing for one another and it has felt like a championship team from the start.”

O’Tool, a 6-foot senior linebacker, has recorded 69 tackles this year with six coming for loss. He had nine tackles in the win over Wartburg and a season-high 10 vs. Dubuque in October.

“We just have to re-focus and do our job,” O’Tool said. “One day, one practice at a time. Everybody does their job one play at a time.”

On the year, O’Tool has picked off a pass, forced two fumbles, recovered one, broken up four passes and blocked a kick. In 30 career games, he has 160 tackles, nine for loss, three interceptions, four forced fumbles and three blocked kicks.

Following the loss to Central, Wartburg rebounded to claim a share of the league title with a 48-7 victory over Loras. The Knights, who have won at least a share of 17 conference championships, earned one of five at-large bids to the playoffs.

“We have the talent and ability to make it a few rounds into the playoffs,” Lursen said. “We want to show people what Wartburg football is all about.”

Lursen, a wide receiver-turned-defensive lineman, has played in six games this year. He has three total tackles on the year, while also seeing time on special teams.

“Being part of the team here at Wartburg has been a great experience,” Lursen said. “After my freshman season last year, they moved me to outside linebacker, and in the middle of this season, I got moved to defensive end, so it has been quite the learning curve coming out of playing one season of football at a Class A school.”

Webster City all-stater Dylan Steen is also on the Wartburg roster. The freshman defensive back saw action in the win vs. Loras.

With a win, Central would face either third-ranked Wheaton or Martin Luther next weekend, while Wartburg would advance to take on the winner of No. 10 Wisconsin-Whitewater and Monmouth. The two rivals are on the same side of the bracket and would meet in the national semifinals.